LONDON – GE Aviation has announced a partnership with Boeing to conduct flight tests of hybrid electric propulsion system. They’ll be using a modified Saab 340B and CT7-9B turboprop engines.

NASA and GE Aviation are working together to produce a megawatt class hybrid electric propulsion system. It forms part of NASA’s Electrified Powertrain Flight Demonstration project. The project is worth $260 million, with investments from NASA, GE Aviation, Boeing and other partners.

“We’re inspired to be joining GE Aviation in demonstrating the viability of hybrid-electric propulsion technology,” said Naveed Hussain, Boeing chief technology officer and vice president and general manager of Boeing Research & Technology. “We’re pleased to contribute our extensive research and testing of hybrid electric propulsion systems—including a longstanding development partnership with NASA—for a project that will no doubt be an important milestone on the path to more sustainable air travel.”

The engines will use hybrid electric propulsion, their intention is to demonstrate the readiness for single-aisle aircraft. Aurora Flight Sciences, a Boeing subsidiary, and Boeing will provide aircraft modification, system integration and flight-test services to GE Aviation.

“We are excited about the opportunity to collaborate with Boeing to advance hybrid electric and electric propulsion systems,” said Mohamed Ali, vice president and general manager of engineering for GE Aviation. “NASA’s Electrified Powertrain Flight Demonstration project is an opportunity for GE Aviation and Boeing, world leaders in aviation technologies, to show hybrid electric propulsion is real and possible for the future of commercial flight to reduce carbon emissions.”

The work will be carried out at Aurora’s headquarters in Manassa, Va. Some engineering will occur in Mississippi and West Virginia.

“We are proud to contribute Aurora’s expertise in aircraft components, systems engineering, and testing to this important project,” said Per Beith, president and CEO of Aurora Flight Sciences. “Working with GE Aviation, we will make a significant impact on the advancement of electrified propulsion for commercial air transport.”

These developments will help the aviation industry achieve net-zero CO2 emissions for flight operations by 2050. 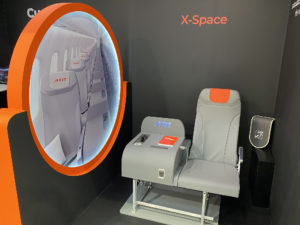 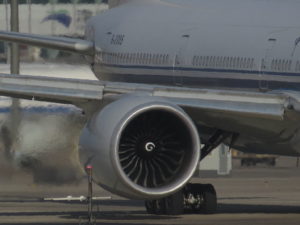