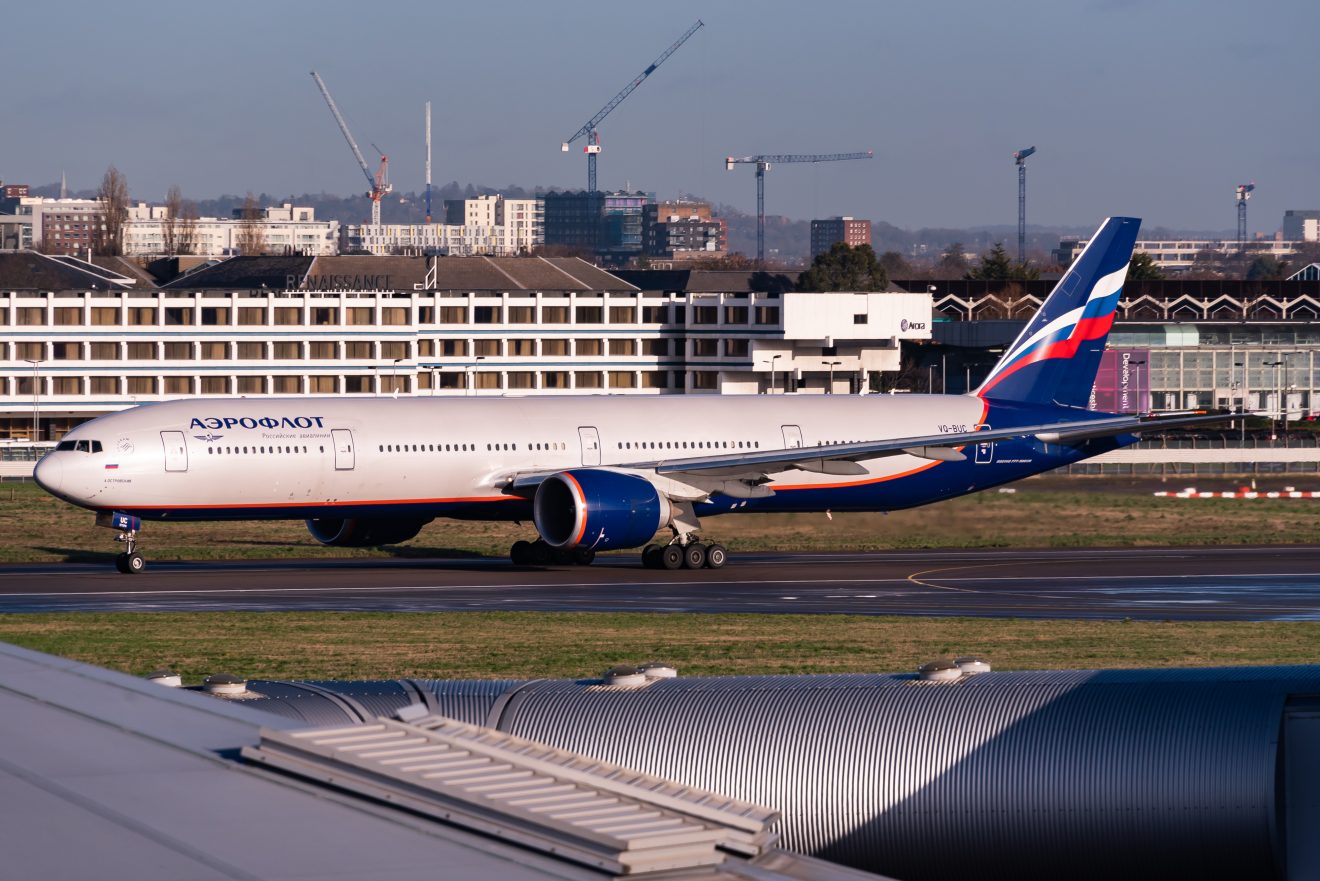 LONDON – Following news today that Russian carriers are beginning to re-register leased aircraft, it would seem that the country has lessors in a chokehold at present.

According to Reuters (2022), “Russia’s government said [today] that it had proposed draft legislation allowing foreign planes leased by Russian airlines to be registered as the airlines’ property and for them to be given Russian airworthiness certificates”.

Whilst it is in the draft stages, it looks like it is already underway, with UTair beginning to re-register the first batch of its aircraft (Field, 2022).

Under the Cape Town Convention, this “requires airlines to return aircraft with little intervention, which Western sources claim is not happening” (Itungu, 2022).

China Placing A Spanner In The Works for Russia?

With China refusing to play ball with Russia over maintenance and aircraft support (Field, 2022f), this of course begs the question of whether Russia’s war-chest on the aviation front will last very long.

Russia is slowly running out of big friends who can provide the level of chokehold it wants to make last.

For an ally like China, this is probably getting close to the final straw for Russia in terms of options for how it is going to maintain its aviation sector, which supports around $22.7bn in gross value-added contribution to GDP (IATA, 2022).

Even though it only contributes 1.8% to its GDP, it still represents a significant chunk of money collapsing on the Russian economy, especially with the value of the rouble dropping daily.

Russia needed an ally like China to foot the parts for maintenance and aircraft support because it would have given them more leverage on the sector-based front and could have propped themselves up that way.

With China walking “a diplomatic tightrope” at present, the country “has previously signaled it wouldn’t overtly support a Russian takeover of Ukrainian territory” (Rahn, 2022).

They will only seem to support Russia in pushing “forward a shared narrative that undermines a global model of Western democracy”, with “Moscow’s attack on Ukraine” could be going “too far for Beijing’s preference for stability” (ibid).

This may play a factor in why they are not supporting the Russians on the aviation front. They are obviously positioning themselves in a delicate matter to make sure they come out on the right side of history when this conflict comes to an end.

For the Chinese to support the Russians in the aviation world, this would result in the West going after China next, and would effectively do the same to them as they have with Russia, especially on the aviation front.

Are Aircraft Lessors in a Chokehold?

It seems Russia is trying to make life difficult for aircraft lessors, especially with carriers being told to “settle leases in roubles throughout 2022”, even though the industry operates in USD (Itungu, 2022).

The area where the chokehold may be seen is through what has been said in the draft bill of this legislation. Itungu (2022) mentions that “if a foreign lessor discontinues the pact, a special government committee will determine if the aircraft is to be returned or must remain in Russia”.

This control in Russia gives the West more of an ultimatum regarding further sanctions down the line.

If the West chooses to implement further sanctions, this “special government committee” could always turn around to the leasing companies and say: “You ain’t getting these back”.

With such withdrawals affecting over 670 aircraft across 17 Russian carriers, it comes as no surprise that this could effectively wipe $10bn of the leasing market off the map (Field, 2022a).

Such a chokehold could go only go so far, however.

As airlines such as S7 Airlines and Ural Airlines suspend international services, with Aeroflot trying to circumvent airspaces to get to their limited destinations, one side has got to crack eventually (Field, 2022b, Field, 2022c & Field, 2022d).

Such extreme actions such as the nationalization of the leased aircraft are of course knee-jerk reactions caused by sanctions on the West.

Actions in recent days that the West has done include the Antonov AN-124 grounding in Toronto (Gurav, 2022) as well as “Igorevich Poluboyarinov, [the] CEO of Aeroflot” (Reuters, 2022a).

But how long this can last for, we do not know.

That is because this chokehold will cease to exist once all options for sanctions are exhausted, and then there will be two choices: War or a complete ceasefire.

This will determine what the future state of the aviation sector in Russia will look like, as well as for the West.

Irrespective of what happens, there are going to be no winners in this conflict.

What about the long-term?

With this conflict in its early stages, there are already significant indicators that this crisis may be short-lived due to the state of the Russian economy.

As mentioned by Jan Nedvidek, a Structured & Asset Finance Associate at Allen & Overy who works within the aviation sector, he said that “for all intents and purposed, Russian aviation has at best about three weeks before it’s show over” (Field, 2022e).

For someone with that level of insider knowledge would suggest that whatever moves Russia makes regarding its aviation sector, may not make a difference.

With China joining the likes of India and Turkey in its refusal to provide aircraft maintenance for Russian carriers, it begs the question about safety and the long-term operational future of these aircraft (Field, 2022f).

As a personal opinion, I think this may end up being more short-lived than we think it is going to be.

The only way this would escalate is if NATO decides to instigate a no-fly zone in Ukraine, to which this has been rejected on the grounds “that Russia is a nuclear power” and that this would result in “directly engaging in hostilities against Russia” and “would bring Washington and its allies even closer to direct conflict with Moscow” (Harb, 2022).

With NATO’s secretary-general Jens Stoltenberg mentioning that the organization has “no intention of moving into Ukraine, either on the ground or in the air”, this may change depending on what Russia wants to do next, but for the long-term, it is so hard to tell (BBC, 2022).

If a no-fly zone is instigated, then it will be a massive change for the aviation industry off the back of the COVID-19 pandemic, and would of course be detrimental to those stuck in Ukraine as well as those who have to go to war.

The next steps in terms of aviation in Russia are so uncertain at the moment.

With leasing companies not having full ability to reclaim those aircraft back from Russia, it will be interesting to see how this plays out.

Such a chokehold that the Russians have currently can only be used for so long, but even a short period may take a few leasing companies down the route of being stabbed financially.

There has to be a careful balance between such repossession as well as preventing the overall collapse of the leasing market because once one big giant goes down, the rest will wall.

In 2019, “lessors made up 50% of Airbus and Boeing deliveries through either direct contracts or sale-and-leaseback transactions” (Donat et al, 2021).

That is how significant this part of the industry is, and Russia knows this is the case. This is why the industry, as well as the rest of the world, needs to watch on as we enter a whole new unknown. 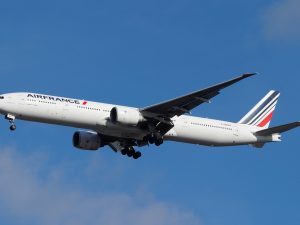 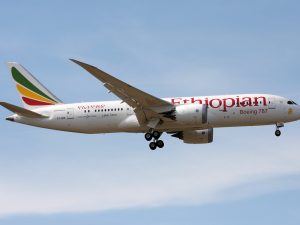 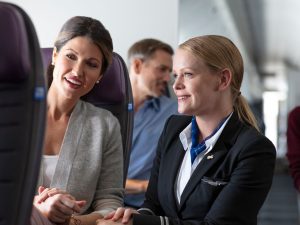 The Potential Roe vs. Wade Court Reversal Has Consequences For The Aviation Industry – Here’s Why…