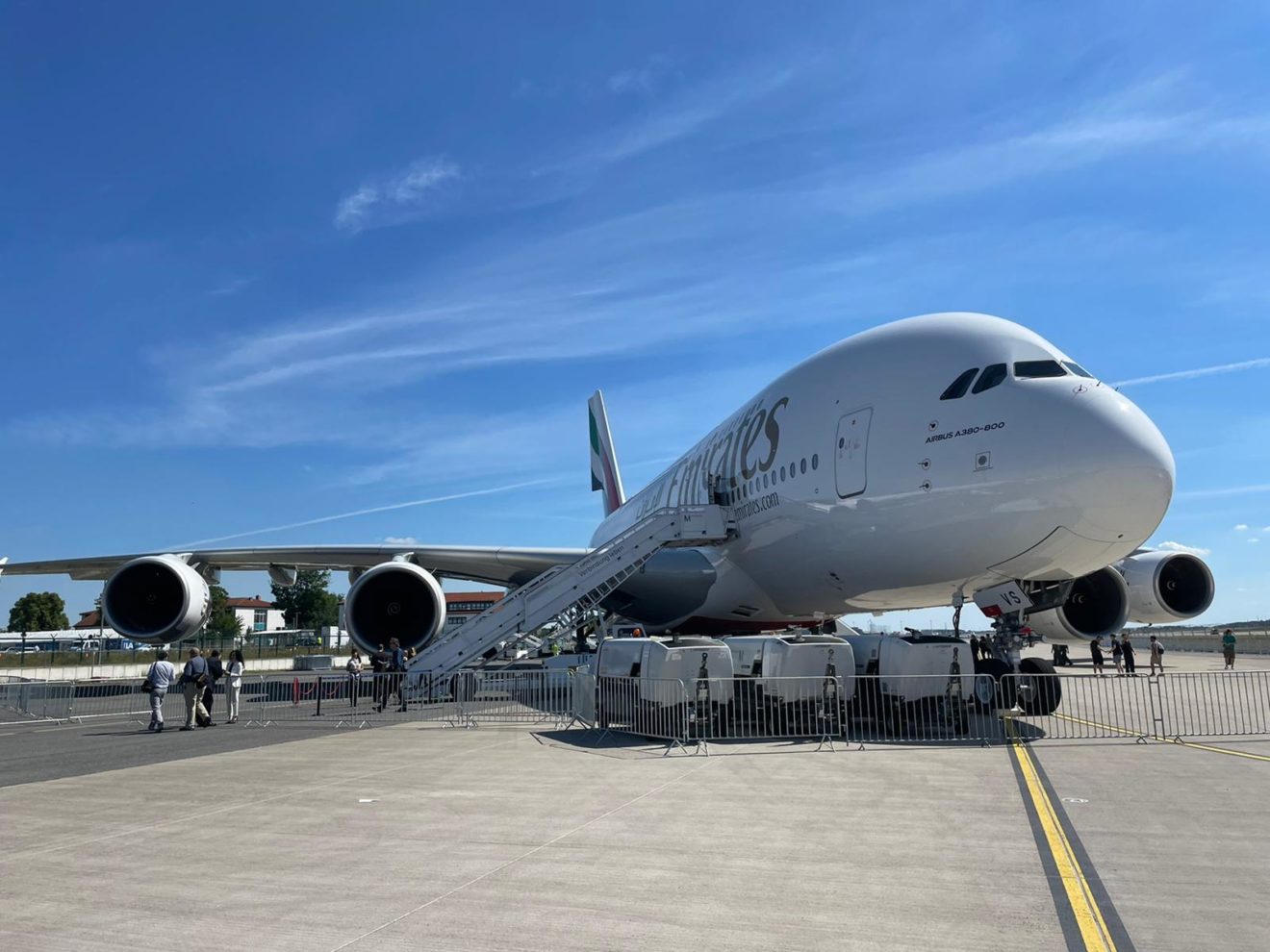 LONDON – AviationSource has been at ILA Berlin this week, and one of the main highlights is the Emirates Airbus A380 on display at the airshow.

The A380 has been a popular highlight of the airshow, with German chancellor Olaf Scholz visiting the aircraft with Emirates President Sir Tim Clark.

The airline said the following in a release:

“Olaf Scholz, Chancellor of the Federal Republic of Germany, visited today the latest Emirates A380 as part of the official opening tour of ILA Berlin 2022. He was welcomed by Sir Tim Clark, President of Emirates Airline, and Adnan Kazim, Chief Commercial Officer, of Emirates Airline as well as Volker Greiner, Emirates Vice President of North & Central Europe.”

“Emirates, the world’s largest international airline, has returned to ILA Berlin this year with its A380 flagship: from June 22 to 25, 2022, the airline will present its latest four-class version of the famous double-decker on a static display.”

“The Emirates A380 has been an integral part of the ILA Berlin since 2010 and is again the only A380 and largest passenger aircraft at Berlin ExpoCenter airport this year.”

“With this, the airline is underlining its longstanding commitment to the German market, which expands over decades of connectivity, strategic partnerships, and mutual benefits.”

This particular A380 was the last one to come off the production line, registered as A6-EVS.

AviationSource photographer Emil Bree acquired some excellent shots of the exterior and the interior of the aircraft, which you can see below: