LONDON – It’s clear that with the high inflation we are seeing, the UK is going to the ******* dogs economically. With that, aviation will follow that detriment.

Now apologies for swearing in that opening line, but this is the feeling of most of the UK electorate at the moment. Be aware, that you may see some swearing in this piece. After all, this is an Op-Ed.

With that in mind, let’s see how this is going to create a further detriment to the UK aviation industry, despite being on the road to recovery from the COVID-19 pandemic.

The Context: Recession on the Way…

The UK is currently headed into a nosedive, with a deep recession to be expected. As the price of energy continues to rise, it is going to lower consumer spending power.

Energy price caps set by Ofgem are expected to rise well beyond £5,000 per year by April next year, which is placing a lot of panic and fear into the general consumer.

To make this aviation-related, of course, this could mean that fewer holidays and flights are booked as a result, with people now beginning to save their pennies.

In my opinion, whoever becomes Prime Minister next month, needs to be quick off the mark to get further economic support established for the paying consumer.

If they do nothing, then this will ultimately result in people losing their homes, and their jobs, which will place the aviation sector into further disrepute than it already is.

It is, to put it bluntly, a complete shit show.

Aviation Will Feel The Heat…

Aviation will no doubt feel the heat from this. From a rather chaotic Summer 2022 season, which included disruption and staff shortages, to a potential Winter of Discontent that we haven’t seen in some time, is going to put extreme pressure on the sector.

Especially as we approach a recession as well, this is probably been predicted already by the likes of British Airways, who have canceled 10,000 flights due to take place this Winter.

Despite this being placed as staff shortages, this could be a factor that we will see as a result of the upcoming recession. Jobs will have to be cut, meaning capacity has to come down too.

Either way, it is going to be interesting to see how this will pan out for the UK aviation sector, and will no doubt create additional strain on wage requirements by the unions too.

We are, in no doubt, headed into oblivion, unless further action is taken by the government.

Overall: All Eyes on Sunak or Truss…

Rishi Sunak and Liz Truss don’t have much on their voting record regarding support for the aviation industry, so I wouldn’t hold my breath for specialized support.

The furlough scheme from Sunak was a good move but ultimately spiraled out of control as it allowed airlines to cut jobs as well.

Whoever becomes the new leader of the country has a lot of work to do. And inflation has to be the number one issue to tackle first.

We need to invest more in the people to ensure better consumer spending during this turbulent time, as the economy will need stimulation now, more than ever.

With aviation providing a lot of value to GDP, this is an industry that needs protecting as we cannot afford to take an additional step back away from the step back we had taken already due to COVID.

I don’t have a good feeling about this, but whatever happens, the government needs to do a better job at protecting the electorate and the aviation industry. Otherwise, we will enter oblivion. 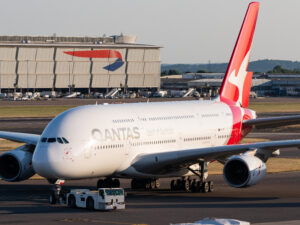 The Editor’s Corner #23 – Amid Their Chaos, Qantas Is Taking The Fight to Air New Zealand

The ‘Crocodile’ That Brought Down a Twin Turboprop Aircraft
The Editor’s Corner #20 – Ukraine Crisis: Wizz Air Abu Dhabi’s Russia Return Was A Mistake From The Get-Go
Comment