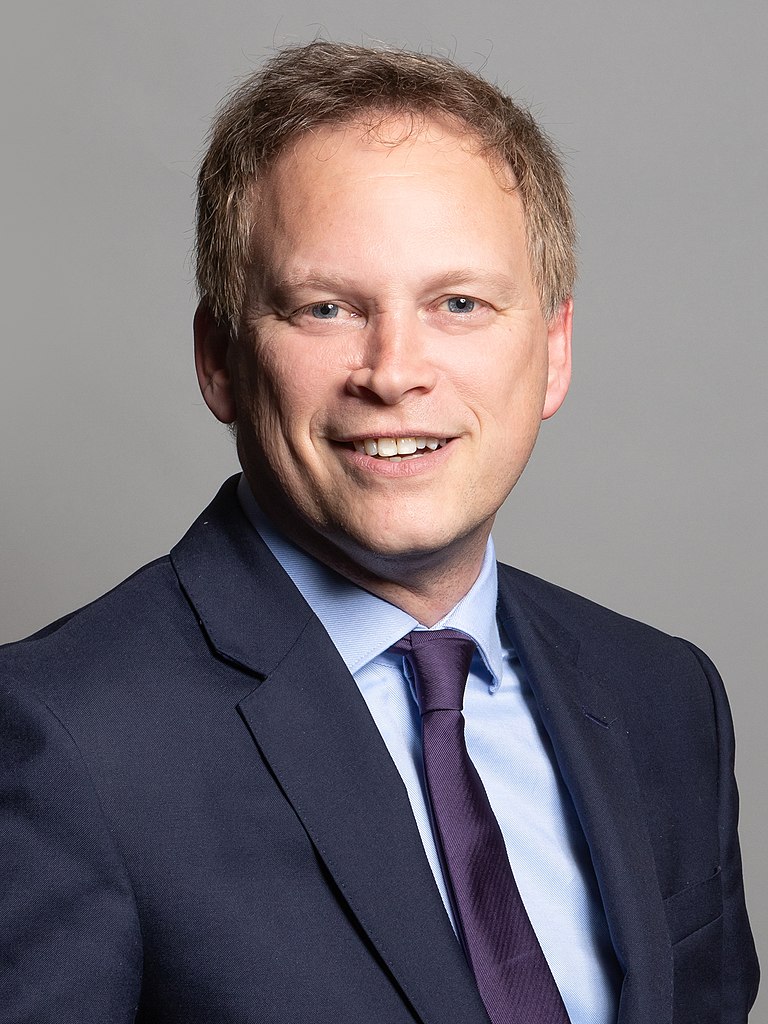 “It has been a privilege to serve as Transport Secretary, a job I loved. Now I look forward to being a strong, independent voice on the backbenches, developing policies that will further the Conservative cause and the interests of my constituents in Welwyn Hatfield.”

With that in mind, let’s take a look at an Op-Ed that I released in August last year, which perfectly describes why Shapps did a terrible job.*

*Please note, that this is an Op-Ed released in August 2021.

Op-Ed: The U.K Government Is Failing The Aviation Sector

Having just come back from a holiday, I know the U.K Government is still not doing enough for the industry.

Despite efforts being made by the U.K Government when it comes to the aviation/travel sector, they just aren’t doing enough.

Having just come back from a personal holiday in the Canary Islands, there was a lot of disgruntlement in the processes behind organizing the holiday as well as coming back into the country.

There are so many things that the U.K Government needs to do, which will be set out via an Op-Ed. And with this being in the true nature of an Op-Ed, I know that there will be a lot of criticism of me as a person for why I chose to go on holiday during a pandemic.

Throughout this piece, you will see my reasoning behind taking this trip represents far more than me being selfish and wanting to go on holiday, and not caring about a pandemic.

It is also key to note that it isn’t just the U.K Government that may not be doing enough on this side. There are still issues within the European Union and the United States where European citizens can’t fly into the U.S, yet Americans can fly into Europe with no issue at all (Casey, 2021).

One of the biggest issues that have been brought up in the U.K regarding travel has been private COVID testing. I, for one, completely understand that those who go on holiday should not use NHS COVID tests as they should be used to detect such cases.

But when there has been so much controversy, like in the case of private testing firm Randox, the government needs to intervene in this.

Randox “has been hit by an angry backlash from travelers after pictures emerged of dozens of its swabs piled up in plain view on streets”, which indicates that the system in place for getting COVID results in on deadlines has been called into question (Hymas, 2021).

This has encouraged the likes of those in the industry, such as Paul Charles, to call for an investigation, bringing up the useful point that “consumers are paying a lot of money for PCR tests that aren’t always sequenced, when antigen will do” (Charles, 2021).

I myself had the same level of frustration when finding out from testing firm Chronomics that I had to send a fit to fly swab to their lab, yet before I arrived back in the U.K, I could do a self-test and produce the result myself.

Such recommended oversight like this, where you do it all as self-tests, could, in theory, get rid of the issues that the likes of Randox have been having.

As mentioned above, the prices for such testing packages are nothing short of a disgrace, not just to the consumer, but to the travel industry itself. This is hindering a lot of potential and much-needed business for the industry, and everyone here knows that it does not cost that much money.

Whilst the U.K transport secretary Grant Shapps highlighted the concern of price and even stated back in April, “that the government was committed to driving down the price of these by working with the private sector”, it’s quite clear this hasn’t been met, especially in a period where the sector thrives on successful Summer seasons (BBC, 2021).

Because of these testing firms, I had to spend in the region of an extra £100-200 alone on the holiday. Whilst this may not seem much when you are spending thousands on holidays potentially, the pennies do add up.

The U.K Government Has Placed The Traffic Light System into Disrepute

The traffic light system is something else that has caused a lot of chaos in the travel sector. Whilst it has been refined in recent months, it is still a system that is producing a lot of problems.

At the start of this month, there was a lot of disruption for “UK holidaymakers,” seeing “their plans thrown into chaos amid suggestions a new category may be added to the travel traffic light system”, which was known as Amber-Plus (Gibbons, 2021).

This, of course, was definitely seen “as a deterrent to those planning on booking an overseas trip” (ibid), with those in the industry just calling for a more simplistic approach to traveling overseas, whether it be “a simple go and no-go lists, as [the] Americans have” (ibid).

Such messing around and useless changes are creating uncertainty in Europe, with The Guardian labeling this as “an atmosphere of distrust among hoteliers and travel suppliers” (Dunford, 2021) and had encouraged such companies to begin “turning away British tourists” due to such “dented confidence in the UK’s grip on the pandemic (Wood, 2021).

It has got to be said that the next time the U.K Government wants to reform something like this, simplicity has to be the solution. For example, most drivers would still stay stationary when on Amber at a traffic light stop, or at least I’d like to think so!

Such a level of uncertainty, like Amber, doesn’t place any level of confidence in the industry whatsoever.

What About Those On The Other Side? Tourism Funds Economies and Livelihoods!

Whilst tourism on the other side of your flight isn’t necessarily a U.K Government issue, it also is, at the same time, because of the destruction of intra-economic tourism caused by the restrictions that are ongoing.

But as a sort of case study, I want to bring up two amazing people who my girlfriend and I met whilst we were on holiday.

Named Eddie and Hollie, they run a bar in Los Gigantes, Tenerife, called 60’s Bar, which relies a lot on tourists visiting, and has only been able to adapt to the pandemic thanks to the generosity of the locals who live in the area by attending events and fundraisers at the bar.

This is where I want to relate to my introductory remarks.

It’s times like this when I see people complaining about people like us going on holiday in the middle of a pandemic.

Whilst it is difficult at the moment, just think of the people in the destinations that need tourists like us. COVID has forced businesses like this to change quickly, and I’m so glad the likes of Eddie and Holly came out of this on the other side!

It’s also why the travel sector needs the boost it needs! We all know by now COVID is here to stay and that we need to treat this a lot more appropriately than how the world is currently.

By changing the way we address this virus, it means we can give more support (and our beer money) to bars like 60s.

This is, of course, why I choose to ignore those who criticize me for going on holiday during a pandemic. We need to get on with our lives, and we need to get things back to some level of normality.

Despite some elements of this article consisting of me complaining a little bit about the issues I had on my travels, it is something that in hindsight, I am glad that I invested over £2000 of my own money into going on holiday and supporting an industry that has been on its knees for so long.

But what needs to come out of this is swift and more adequate action. Businesses like the 60s in Los Gigantes can only go on for so long in the current conditions.

We need to now look ahead towards recovery, not in 2023, 2024, or 2025, but now. Vaccination programs are at the top of their game, more or less, so in order to actually have any chance of recovery, we need to plow ahead and get on with it.

Therefore, all eyes need to continue to be set on the U.K Government as irrespective of the private sector doing things their way, it is down to our public offices to achieve the correct amount of oversight needed to make things loads better. **

**As a more up-to-date opinion, this still stands. From the time of releasing that op-ed to when the country opened up its borders, it’s been too little too late. The UK airline industry will now fall behind for years to come because of this. Let’s hope Truss can at least make some good in the aviation sector.

The Editor’s Corner #23 – Amid Their Chaos, Qantas Is Taking The Fight to Air New Zealand
In Aviation Terms, Priti Patel Leaves Behind A Shambolic Deportation Flight Scandal
Comment