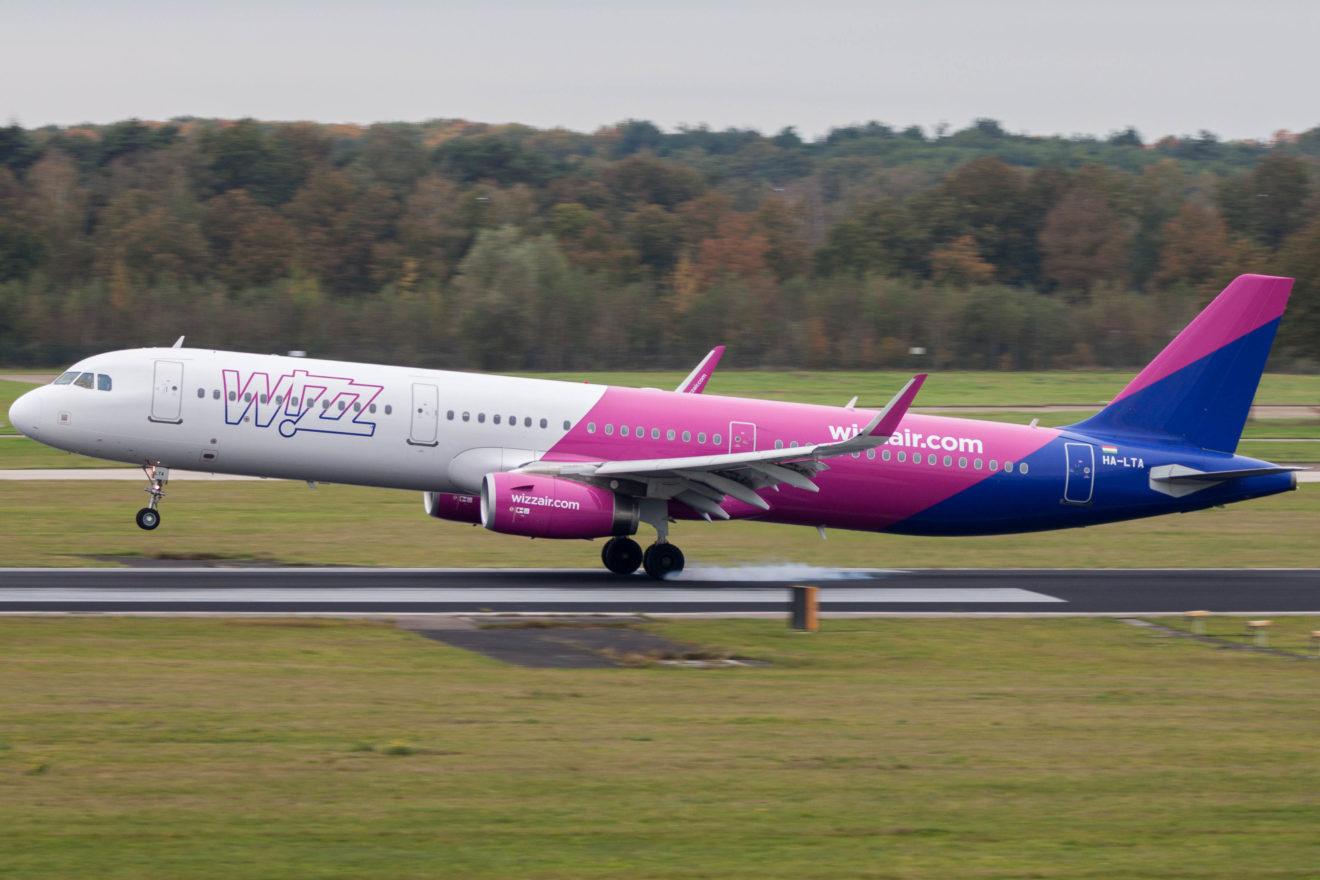 LONDON – On the 27th of July 2022, Wizz Air Holding recently recorded the fastest growing one one of the greenest European airlines released its impressive first quarter of 2022 of €808.8 million, which is an increase of 306.4% versus compared the 1st Quarter of F22. Revenues from ticket sales skyrocketed by 349% to €392.0 million.

Ancillary revenue thus increased by 272.6% to €416.8 million. The total unit revenue then therefore increased by 28.7% to 3.46 euro cents per available seat kilometre (ASK).

The rise in ancillary revenue per passenger versus F20 is propelled by dynamic pricing on bundles sales of seats with baggage add-ons as well as a gradual rise in demand for other products and services.

The gradual rise of demand comes with higher purchasing power, as the ticket revenue per passenger rose by 9.0% against F22 to €32.2, while compared to F20 which showed lower tracking by 12.0% or a decrease in €4.4 per passenger.

What is holding the potential growth is the war in Ukraine, dampening potential demand and further spending power.

It comes as no surprise like many airlines that the total operating cost has risen to 255.3% to €1,093.3 million compared to  Q1 F22, where total unit cost rose by 8.3% to 4.80 euro cents per ASK and was driven by significantly higher fuel unit costs (due to the on-going war).

In fact, fuel costs increased drastically by 153% to 2.18 euro cents per ASK.

This poses a threat to the airline’s financial stability, whereby the airline reported a statutory loss for the period at €452.5 million.

Nevertheless, the resumption of services resulted in total cash at the end of June 2022 to €1,583.2 million. Restricted cash of €153.2 is included in the final figure.

József Váradi, Wizz Air Chief Executive commented on the results: “During the first quarter of F23, we continued to ramp up Wizz Air as COVID-19 transitioned from a pandemic to an endemic setting. Passengers and revenue more than quadrupled versus the same quarter last year, up almost 20% versus pre-pandemic levels, with 30% more capacity operated.”

“Whilst we are rebuilding the airline on a greater scale we remain very conscious of the challenging macroeconomic and operational backdrop. Fuel prices for the quarter were double pre-pandemic levels.”

“Lingering restrictions from COVID-19 remained, particularly during April and May, while the war in Ukraine and supply chain disruptions affecting air traffic control, security and ground operation resources have impacted our utilisation.”

“As a result, unit costs (CASK) for the quarter were around 40% higher versus pre-pandemic, 75% of this increase was driven by commodity inflation, whilst unit revenues (RASK) for the quarter were 10% below pre-pandemic levels, predominantly a function of lower load factors as we ramped up the operation and as the Ukraine war dented our momentum.”

“Our operating loss for the quarter was 285m EUR, whilst our net reported loss of 453m EUR was impacted by the strength of the USD causing a non-cash, unrealized FX impact in the income statement.”

“Our liquidity strengthened significantly in the quarter to 1.6 billion EUR as we grew our business. During Q1 F23 we invested to re-establish our proven pre-pandemic operating model, defined by our ultra- low-cost principles.”

“We are seeing the results of this investment already through Q2 and we expect to deliver a material operating profit as revenue and pricing momentum continue to improve.”

The CEO also commented on further developments of Wizz Air’s business during the growth period: “During the quarter we focused on ramping up our network – restoring capacity in our core markets just below pre-pandemic levels.”

“Around 30% of our new capacity was deployed in markets where we expanded new operations during COVID-19 (e.g. Italy, Albania, Abu Dhabi, and new bases in UK and West Balkans).”

“We’ve now adjusted our network in view of the industry supply chain disruptions, making tactical capacity reductions from June onwards to increase the agility of our operation and supply chain.”

​​Regarding the summer outlook, the CEO added:  “By now we have the largest part of the summer ramp-up behind us and expect to operate around 30% higher ASKs in the summer compared to pre-pandemic levels.”

“We expect continued month-on-month momentum in net total fares and loads through the summer as we work to maximize RASK – given the higher input costs – and we expect RASK in the second quarter to improve +10% versus F20.”

“We are encouragingly starting to see normalization of operational disruption levels as we have lowered utilization by circa five per cent for the summer versus F20, still operating industry-leading utilization.”

“We continue to be a leader in cost and sustainability. Our ex-Fuel CASK cost structure will continue to improve sequentially, our fleet renewal continued with an average aircraft seat count of 214 seats.”

“Our emission levels for the summer are expected to be almost 10% lower versus F20 summer (measured in CO2 grams per RPK), as we continue to make strong progress towards our 2030 goal of 43g per RPK, a 25% reduction versus F20.”

Overall: Its Base Strategy Shows Wizz Is On The Rise…

At Luton Airport, will see Wizz Air’s largest fleet at 11 aircraft. In mainland Europe, the airline is also making impressive expansion, with Rome and Catania each taking one additional aircraft, raising the total to five and three respectively.

In Albania, the Tirana hub will take in 2 new aircraft raising the Albanian fleet to 8. For Polish operations, Katowice, Warsaw, and Gdansk will each take one additional aircraft, raising the overall fleet to 6,8 and 7 respectively.

Wizz Air’s Fleet stands as one of the most efficient and streamlined. The airline expanded its fleet to 157 aircraft, with eight new A321neo aircraft in the quarter alone.

2 of the 8 aircraft were financed with Leaseback and Sale transactions, whilst the rest used the JOLCO option. As we speak, the airline have back four A320CEO due to the end of the lease to its respective lessors.

With new aircraft arriving, and the old ones phasing out gradually, this means that the airline’s average aircraft age is at 4.9 years, one of the world’s youngest.

At the same time, we returned four end-of-lease A320ceo aircraft to lessors, which increased the average seats per aircraft to 214 seats. Wizz Air’s average aircraft age is 4.9 years, one of the youngest fleets of any major airline.

The airline expects additional 36 new A321NEOs in the coming years while 11 A320CEOs will be returning to its lessor.