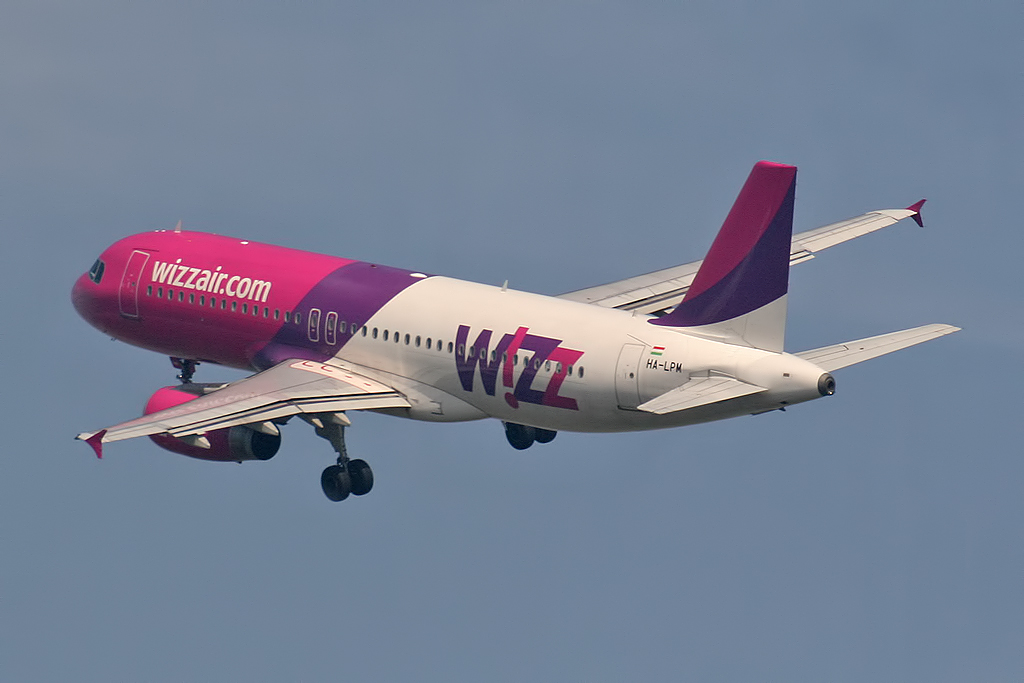 LONDON – On September 7, the Hungarian low-cost carrier, Wizz Air, has announced that it will be expanding its Romanian scheduled services and has introduced rescue fares for stranded Blue Air passengers.

In one of its largest ever expansion announcements, Wizz Air will be expanding its Romanian base out of Bucharest by adding five additional based aircraft. This will bring Bucharest’s total based aircraft for Wizz Air to 17 with creating an additional 2.6 million available seats for a new total of 13.8 million seats across the Romanian market.

On top of this, the carrier will also increase its capacity on its services to the Romanian cities of Bacau, Cluj-Napoca, Iasi and Sibiu.

Wizz Air will also be commencing three new services from Bucharest. These services cover Athens in Greece, Prague in Czech Republic and Larnaca in Cyprus.

They will also be increasing their frequencies across 30 destinations, some of which are, Barcelona in Spain, Brussels-Charleroi in Belgium, Dortmund in Germany, Eindhoven in the Netherlands, London in the United Kingdom, Madrid in Spain, Milan in Italy, Paris in France, Rome in Italy and Tel Aviv in Israel.

In terms of the three new routes, they will all commence from December 2 and will be as follows –

The carrier is not only rapidly expanding its services within the Romanian aviation sector. Blue Air recently suspended its operations until Monday, September 12, due to non-payment of €2 million in fines that the carrier had incurred due to the cancellation of more than 11,000 flights between April 30, 2021 and April 30, 2022.

As such, their accounts have now been seized by the Ministry of the Environment. Wizz Air will be introducing rescue fares from €49.99 for Blue Air passengers where via Wizz Air’s special rescue fare website, they can enter in their Blue Air booking details and pay from €49.99 to fly on Wizz Air instead.

Blue Air released the following statement regarding its suspension of its operations: “Due to an unforeseen situation consisting in the seizure of all the accounts of the BlueAir company by the Ministry of the Environment for non-payment of a fine,”

“The airline company BlueAir Aviation is forced, being unable to pay any supplier, to suspend all flights scheduled to depart from Romania, respectively from Bucharest Otopeni, Bacau, Cluj Napoca, and Iași until September 12, 2022.

Commenting on their announcement, Wizz Air’s Acting Network Officer, Evelin Jeckel, has said, “Wizz Air is excited to make such a significant investment into Bucharest and Romania. We know how important it is for passengers to be able to travel, and we want to ensure that customers have a diverse range of options when planning their trips.”

“With 13.8 million seats on sale, providing new and increased low-fare services to 36 destinations from Romania, these actions reinforce Wizz Air’s commitment to the Romanian market, firmly establishing it as the market leader. We now offer close to 200 routes from Romania.”

It is great news to not only see Wizz Air significantly expanding their Romanian offering, but also extending their arms out to help with the over 3,000 people that have so far been effected by Blue Air’s operational suspension. Wizz Air joins Ryanair in helping out Blue Air customers and it’s a great thing to see companies coming together to assist those who are left without travel plans.