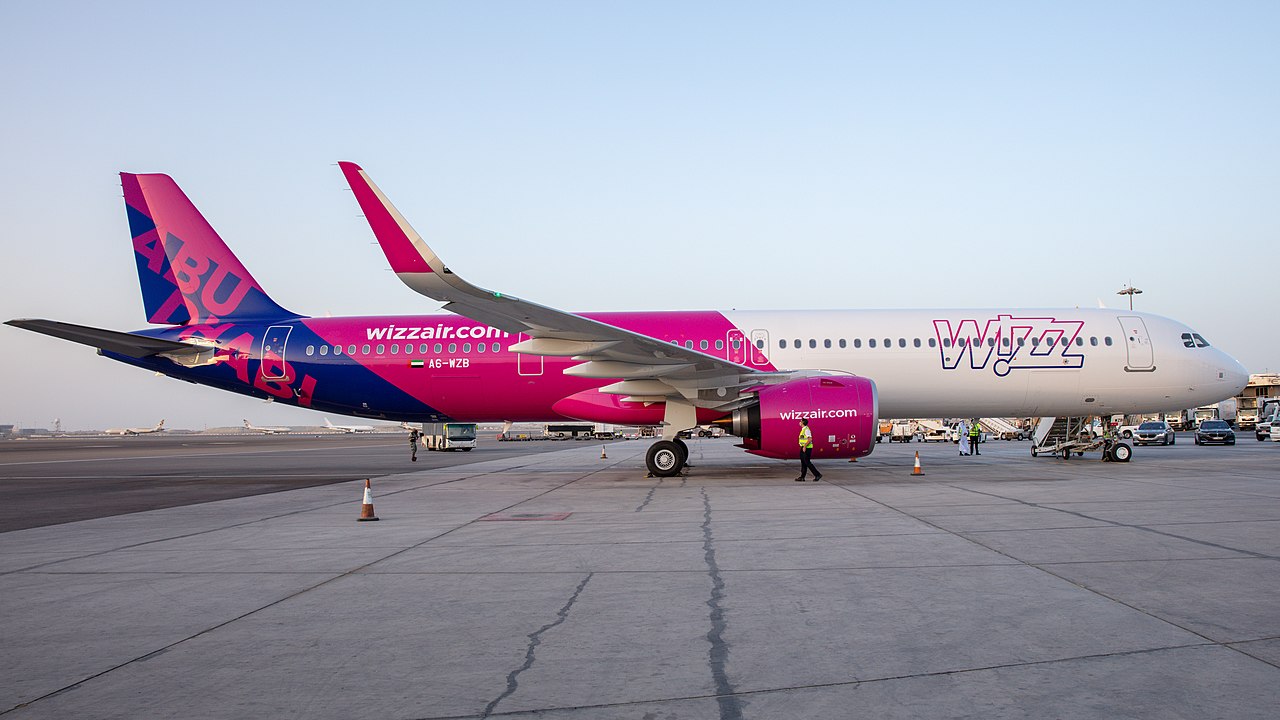 LONDON – Wizz Air, the Budapest based and rapidly growing budget airline, has released its passenger number data for the June and August 2022 period. Wizz have taken the throne, atop the table of “large airlines that have enjoyed the most amount of growth” when measured on passenger numbers from between quarter 3 2019 to the same time in 2022.

This summer is testament to that, carrying 12.9 million passengers during the peak summer months. These passenger numbers represent a 76% growth compared with the same period last year. Helping enable the record numbers were 13 brand new Airbus aircraft, that are also going some way to supporting the airlines sustainability goals.

Ever increasing passenger numbers are no surprise given their ongoing network expansion, having added 63 more routes to 38 destinations throughout Europe and The Middle East. To support these growing route expansions, they have a total of 315 Airbus aircraft on order that are due to complete delivery by 2027.

Wizz Air prides itself on being one of the most sustainable airlines, and their headline sustainability goal is to reduce its environmental footprint by 25% per passenger kilometre by the end of the decade. The key to achieving this goal may lie in the order book.

Of the 315 aircraft on order, 231 of them are the A321neo family – the variant that burns 30 percent less fuel per seat compared to previous aircraft.

There are also 47 of the newer A321 XLR that have comparable fuel burn, but allow 500 more nautical miles in range. This is said to reduce airline costs by up to 45% if serving a route that would normally utilise a widebody aircraft.

Evelin Jeckel, Network Officer at Wizz Air said: “We are proud to have flown a record number of passengers over the peak summer season, especially given the well-documented challenges facing the entire travel industry.”

“The three months were another exciting period of expansion, with some major highlights, including the announcement of 20 new routes from across Europe to Saudi Arabia and the launch of Wizz Air Abu Dhabi flights to Kuwait and the Maldives from October.”

“Not only this, but we have relaunched a number of routes in time for the winter season from bases across Europe, giving our customers even more choice when deciding on their next destination. We want to thank our loyal customers for continuing to choose Wizz Air for its low fares, diverse route network, great onboard service, and ultra-efficient aircraft.”

Helping the carrier thrive is its smaller subsidiaries that run out of base airports in selected countries. Between Wizz Air UK, Abu Dhabi and soon to takeoff Wizz Air Malta, there really does appear to be no stopping the Hungarian ultra low cost carrier with its expansion.

CEO Joszef Varadi has taken a bullish stance on the future of Wizz Abu Dhabi by saying that it can grow over the coming years from what is currently a small fleet operator of only 4 aircraft, to an airline with up to 100 aircraft offering flights across The Middle East, Africa and the Indian subcontinent.