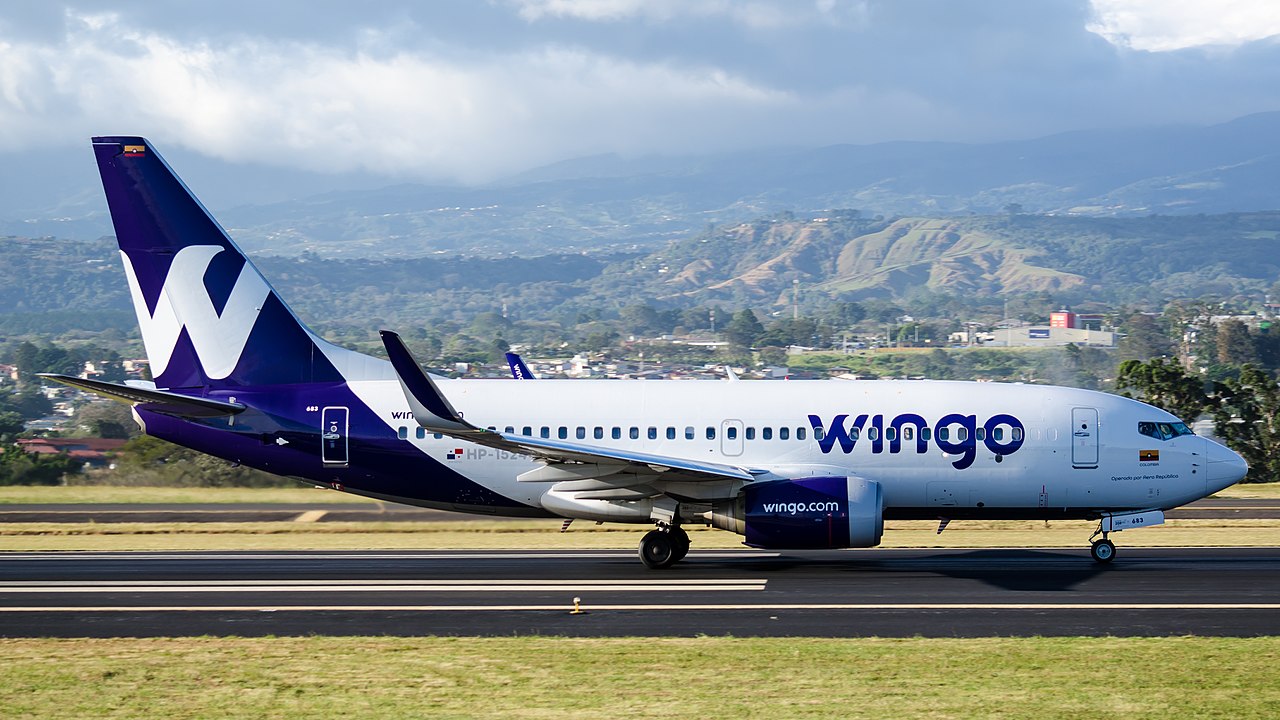 LONDON – Last week, Wingo, the Colombian low-cost subsidiary of Copa Holdings, announced the launch of two new routes: Panama – Havana, and Panama – Santo Domingo, thereby boosting the supply of flights between Central America and the Caribbean. Wingo is the only low cost carrier to offer both routes.

The new flights have already been on sale since August 5 2022, offering 682 additional flights in the domestic market, represented by 17 thousand seats.

This figure is attributed to the launch of new routes inside Colombia, such as the Bogota-Armenia route, as well as the increase in capacity on the main local routes such as Bogota-Medellin and Bogota-Cartagena.

On the other hand, Wingo will launch 1,486 new flights in the international market, with a total of 276,000 seats available, which represents a 31% increase in travel possibilities worldwide.

This increase is based on the launch of new international routes such as Medellin – Aruba and Medellin – Havana, as well as a series of capacity increases on the routes connecting Bogota with Panama and San José, Costa Rica, as well as Santo Domingo and Punta Cana in the Dominican Republic.

Additionally, frequency increases were also achieved from Medellin to Santo Domingo and Panama.

“Our route now available until May 2023; a route with growing alternatives for travellers who enjoy the Wingo experience and prefer the Buena Onda alternative, on time and at a low cost.

“This network expansion is a testament to the growth of the airline, as today we offer 193% of the seats that we deployed before the pandemic, which ratifies the relevance, convenience and preference of the low-cost model,” said Jorge Jiménez, Wingo’s Commercial and Planning Director.

In this sense, Wingo highlights the good moment of recovery that the Colombian airline industry is going through, demonstrating the increasing demand for passengers, both nationally and internationally.

As a result, the airline plans to close out 2022 with 2.5 million passengers transported and an operating fleet of nine aircrafts.

A growing market with a small room

Wingo had already requested in 2018 to operate up to seven weekly frequencies between Colombia and Argentina, a request that was renewed this year.

Resolution 379/2022 published in the Argentine Official Gazette indicates that the company will be able to operate from Medellin and/or Cartagena, Cali, Barranquilla, San Andres, Pereira, Bucaramanga, Bucaramanga, Panama City to Buenos Aires/Ezeiza and vice versa, with Boeing 737-800 aircraft.

This approval brings to four the number of airlines that will operate between Argentina and Colombia, given that Aerolineas Argentinas, Avianca and, since June, Viva are currently operating.

Earlier this year, the Argentine National Institute for Tourism Promotion (Inprotur) held talks with Wingo to encourage its landing in Argentina, seeking to connect secondary cities in the two countries.

However, the bilateral agreements do not allow more than 35 weekly frequencies per country, including 7 to connect secondary cities, which makes it difficult for Colombian airlines to expand.

The Colombian Civil Aviation Authority (Aerocivil) has assigned Avianca 14 weekly frequencies which are currently in service to connect Bogota (BOG) to Buenos Aires/Ezeiza (EZE). Three months ago, Colombian aeronautical authorities refused a request to extend flights to Cordoba, Cali and Cartagena and an additional daily frequency to Buenos Aires.

Viva has also been assigned 14 frequencies per week to connect Medellin and Bogota to Buenos Aires/Ezeza (EZE). Starting in October, the two routes will have 5 weekly flights.

On the other hand, Wingo has been assigned 7 weekly frequencies for 8 routes that it will have to select according to its convenience, with more destination options than its two Colombian competitors.

Viva was the last airline to launch flights to Argentina last June. Argentina has greater operational freedom, as it only uses 7 of the 35 weekly frequencies, all of Aerolineas Argentinas to link Bogota with Buenos Aires/Aeroparque (AEP).

According to data obtained by ANAC Argentina, in the first half of 2022, passenger traffic between the two countries recovered by 86% with more than 130,000 passengers and occupancy factors of 85%, compared to 150,348. passengers over the same period.

Wingo currently operates a fleet of eight Colombia-based Boeing 737-800s and one Panama-registered Boeing 737-800 with a capacity of 186 passengers. Its route network focuses on international destinations, making it Colombia’s leading low-cost carrier in this sector.