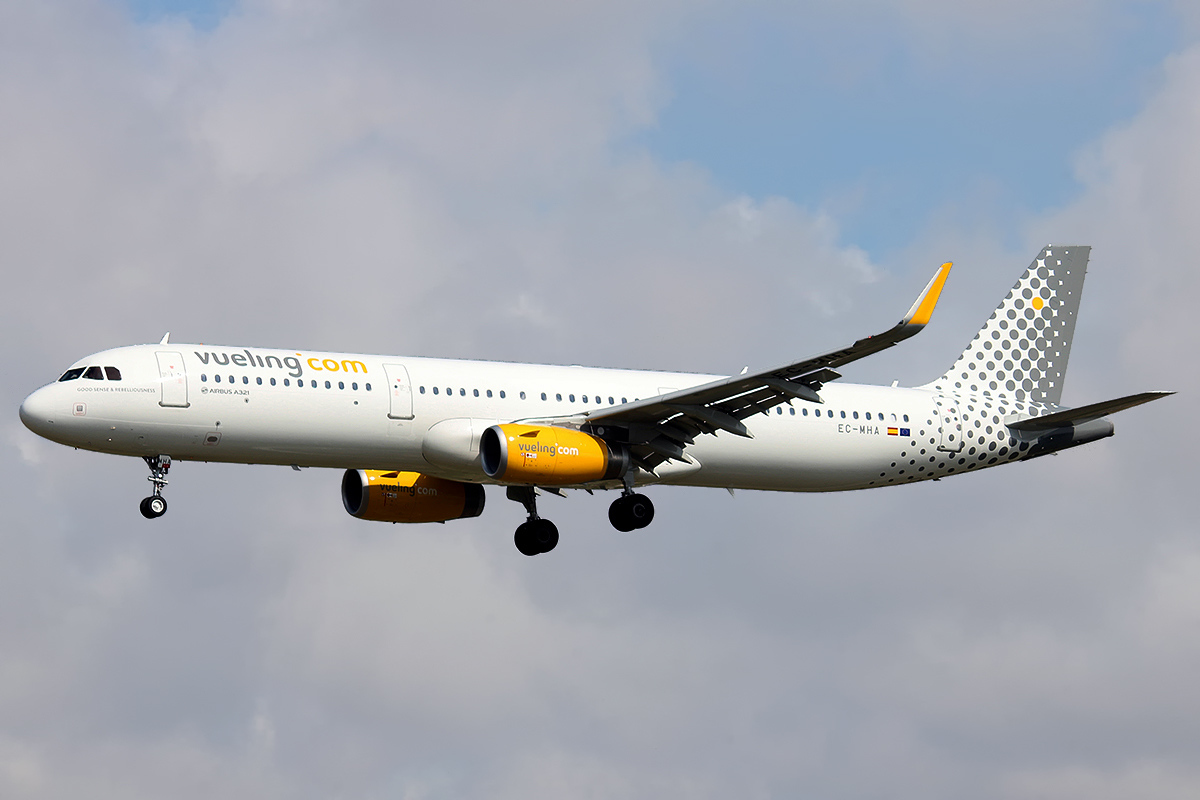 LONDON – Liverpool Football Club fans will benefit from the extra flights that Vueling will be putting on ahead of the Champions League Final on May 28.

The carrier has put forward the following list of flights which will contribute towards taking the fans there and back:

Vueling provided no comment in the release about these flights, but it is understood fares will start from around £184, although no indication of whether that is one-way or return has been established.

What Equipment Will Vueling Use For These Flights?

Vueling hasn’t made it clear what aircraft will be in use for these flights.

However, with the Champions League being a major event, the airline will probably use its largest aircraft in the fleet.

The carrier could use its Airbus A321neo aircraft, which seats the most amount of people out of its entire fleet, at around 220 seats.

Theoretically, this means that Vueling could transport around 880 passengers if the flights sold out using this equipment.

Whilst this number may not sound that significant, other carriers have announced some more of these extra flights.

Other Airlines Are Taking Part in these Flights…

According to sources close to Liverpool Airport, the following carriers will be operating the special Champions League flights out of Liverpool:

Based on each carrier’s seat capacity listed, this would amount to:

So if you take Vueling’s figure of 880 passengers at maximum, and add that to the other three carriers listed, this would offer a seating capacity of around 1,789 passengers, which is more of a respectable figure.

For the other three carriers, it’s also unclear what the frequency of flights will be, so the 1,789 figure is based off if each aircraft operated one flight to Paris.

Even so, it is a very substantial number and is going to provide a good boost for Liverpool Airport moving forward.

What remains clear is that Liverpool getting into the Champions League final isn’t the only bit of good news for the area.

The revenue streams that will be created as a result of these special flights will help bolster Liverpool Airport’s presence in the region and is a representation of what the carrier has been working on recently.

For example, PLAY will be offering flights to the United States via Iceland this year, which marks a milestone in the airport’s offering.

Enthusiasts alike will no doubt head to Liverpool on May 28 to see these flights depart as they are quite out of the ordinary for the airport.

Is The Pandemic Over for Korean Air?
Winair To Acquire 79% of TruJet
Comment