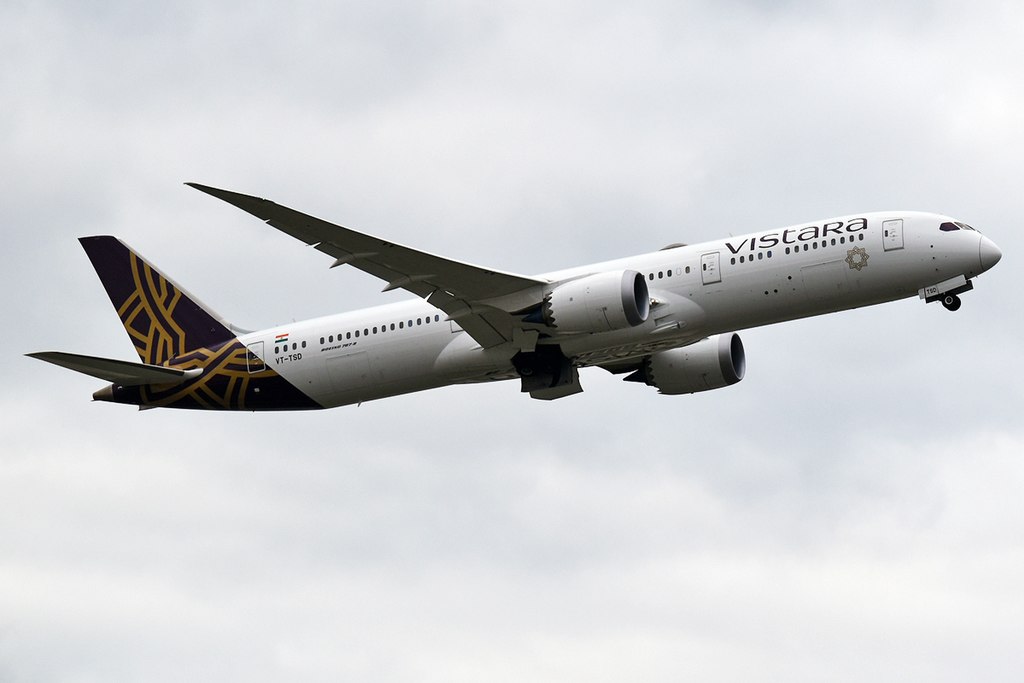 LONDON – As the Indian carrier Vistara receives it’s latest Boeing 787-9, it has wasted no time in gearing up capacity, announcing increased flight frequencies to Frankfurt and Paris.

On 6 August, Vistara, the full-service premium carrier, announced that it will increase up to more than 100% frequencies between India and Frankfurt/Paris as it welcomed the leased third Boeing 787-9 Dreamliner.

Beginning on 30 October, Vistara will fly 6 weekly flights between New Delhi and Frankfurt from the current thrice weekly flights. Meanwhile for Paris flights, will increase from double weekly to five weekly.

Vistara as of the 6th of August opened booking channels for these new flights across websites, mobile applications, online travel agencies and other available means of booking.

Chief Commercial Officer, Vistara, Mr Deepak Rajawat stated with excitement, “Europe has been a key focus market for us since the very beginning, and we are glad that our customers appreciate our offerings on these long-haul routes.”

“We have been wanting to ramp up frequencies on these sectors and we are delighted to be able to finally do that.”

The preliminary schedule shown below as of 30th of October:

In May of this year, Vistara upped its frequencies on several of its international route pairings, this includes Delhi-London and Mumbai-Singapore daily flights.

Recently, the airline also increased its frequencies to Bangkok from Delhi and inaugurated the Mumbai to Bangkok route and Mumbai to Jeddah.

The airline’s Boeing 787-9 Dreamliner comes with a selection of three classes, Business Class, Premium Economy and Economy class. The new long-haul jet will have a fully-flat business class seat like Air India but offers all direct access. Vistara is also the first Indian airline to have a Premium Economy class.

Vistara Airlines’ cabin experience also features an unrivalled flying experience. This includes an in-seat screen in all three award-winning cabins. It is no surprise that Vistara Airlines is one of India’s highest-rated airlines on Skytrax and TripAdvisor, and claimed the title of the ‘Best Airline’ in India. The airline is praised for having high hygienic standards and cabin cleanliness.

The airline performed its first flight seven years ago and has set a new standard for airlines in India. It has became the country’s most beloved airline and has carried 35 million travellers to date.