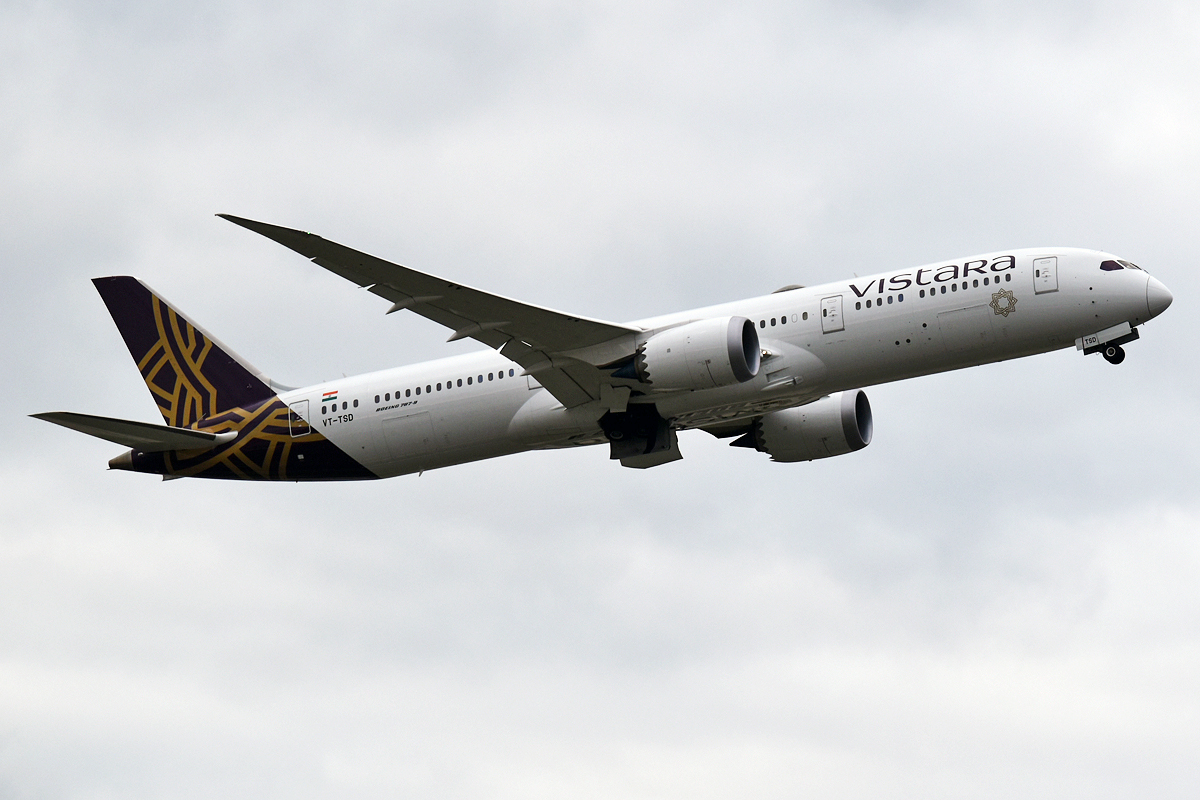 The plan to start these routes was put on long hold due to a delay in Boeing 787 production timeline constraints at the Seattle facility.

As the Indian government has lifted all the travel bans on international carriers, thus reopening Indian skies after two harsh years of the pandemic, Vistara is once again aiming to fulfill its dreams of network expansion across Europe and America with new routes being introduced from Delhi and Mumbai along with additional city pair possibilities.

Speaking in an interview with The Media House, Chief Executive for Vistara Mr. Vinod Kannan stated that, “as the airlines are ramping up demand for overseas travel after two years, the airline is looking at an option to lease Boeing 787 aircraft to expand its overseas operations.”

Elaborating further in the interview with Rhik Kundu at The Mint, Mr. Vinod Kannan asserted that Vistara holds an opportunity to daily services to Bangkok as the carrier has been permitted under a bilateral air service agreement.

Furthermore, connecting India with London can be boosted from the current weekly five flights to seven starting May 2022.

The airline is keen to boost its Frankfurt operations from weekly three flights to the possibility to add three more, but the constraints have limited the opportunity as Vistara doesn’t have any more widebody aircraft to ramp up this route or start any additional new routes across United States, Canada, and other long-haul markets from India.

Further in the interview, Mr. Kannan cleared the air on the possibility of procuring Airbus A350s to fulfill the operational requirement.

As Mr. Kannan asserted, the temporary options will be focused on leasing Boeing 787, as it will prove beneficial on cost-effectiveness and operational fronts over adding Airbus A350s to Vistara’s existing fleet of 787 widebody jets.

Mr. Kannan expressed that getting a new fleet into active service is a challenging task and as Vistara is still awaiting deliveries of four 787’s there is no space for wasting any further time.

Elaborating further on Vistara’s network expansion ambitions, Mr. Kannan stated that, as the war has broken out between Russia and Ukraine, this will certainly limit the new destination addition.

The new Covid wave in China and Hong Kong are limiting route operations purely on the capacity risk factor. But Vistara is determined to add new routes to other world destinations in near future with an emphasis on connecting India.

With the domestic market share figures for February 2022 up by 9.7% putting Vistara on domestic highlight upscale, Mr. Kannan explained that the new figures are optimistic, and this shows the upward trend of travel confidence as Vistara is approaching back on pre-covid levels.

But despite claiming a spot in the domestic market, Vistara still aims to strengthen its international route network along with its domestic network, with additional flights being operated or added from various Indian cities.