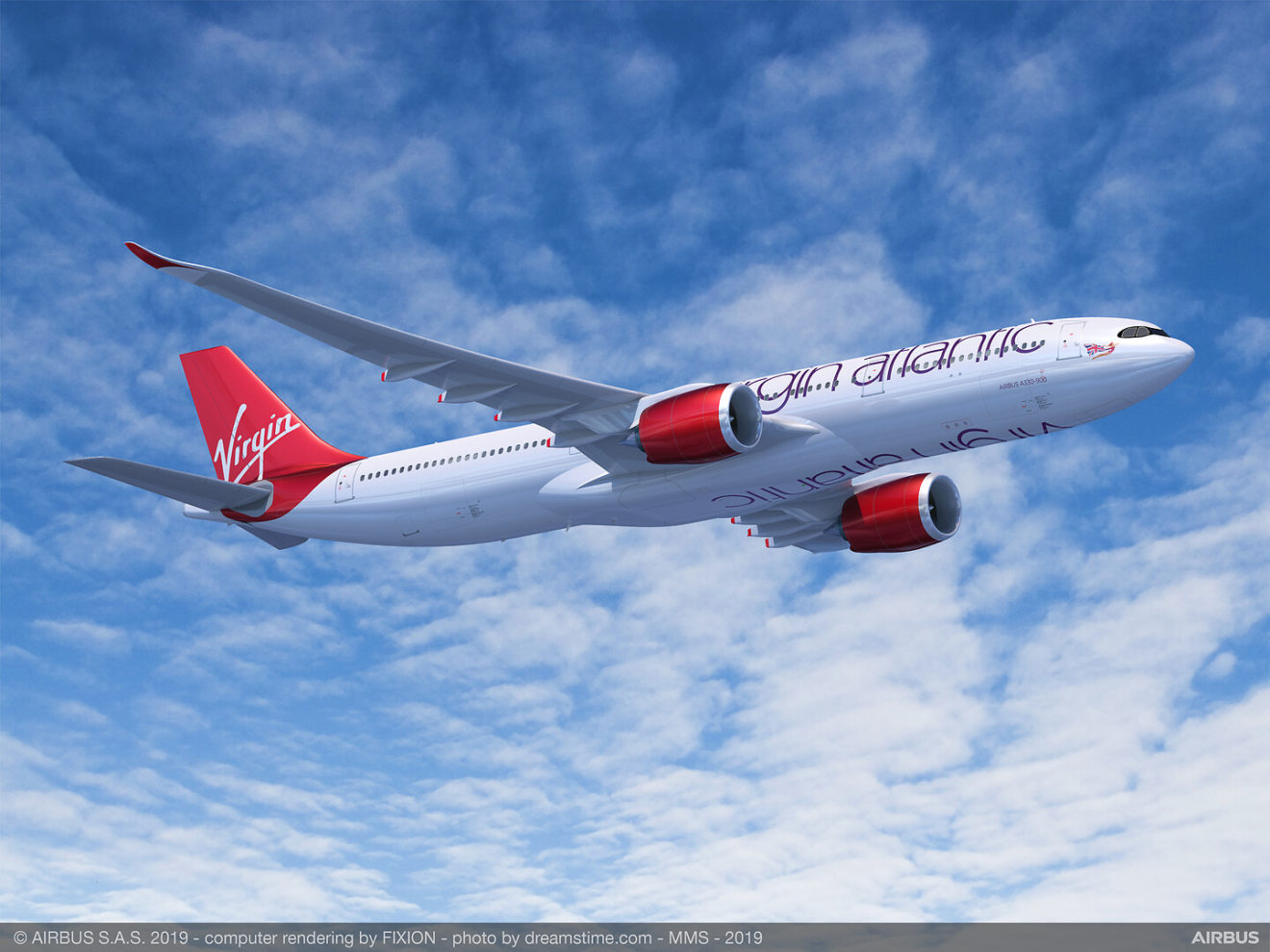 LONDON – Virgin Atlantic’s first Airbus A330neo has been spotted rolled out in its full livery at the Airbus factory in Toulouse-Blagnac Airport.

The first three aircraft are due to be delivered this month, with the first revenue flight expected to take place in October.

Virgin has a total of 16 A330neos on order at present. The airline made its order back in June 2019, with Airbus saying the following at the time:

“This latest order for A330neos is a further commitment by Virgin Atlantic to continue modernizing its fleet with aircraft offering the highest standards of fuel efficiency and noise reduction alongside the best in class cabin comfort.”

“The A330neo Family is the new generation A330, comprising two versions: the A330-800 and A330-900 sharing 99 percent commonality. It builds on the proven economics, versatility, and reliability of the A330 Family while reducing fuel consumption by about 25 percent per seat versus previous generation competitors and increasing range by up to 1,500 nm compared to the majority of A330s in operation.”

“When it comes to innovating for our customers, we never stand still.  Our desire to create memorable experiences means we’ll continue to imagine with fresh ideas.”

“We care about every detail of the cabin design and every step of our customer’s journey.”

“We’re proud to unveil our state-of-the-art A330neo and show the evolution of our customer experience, with each of our customers receiving a premium experience regardless of the cabin they travel in.”

“They’ll be better connected with their fellow travelers and our amazing crew in the air, and with their friends and family on the ground.

“The A330neo plays a significant role in our multi-billion dollar fleet transformation, demonstrating our commitment to the planet.”

“We know the most impactful thing we can do as an airline is to fly the cleanest, greenest, youngest fleet possible, and the A330neo is integral to achieving this goal. It’s truly a plane for the future.”

Below, you can see the images of the cabin that will be installed onto the aircraft:

The airline also included some exterior shots of what the A330neo will look like, via graphic renders.

Times are getting exciting for Virgin Atlantic, as they begin the next step in their fleet renewal and expansion plan, which will see more flights and more revenue opportunities for the carrier.

With Boston due to be the first revenue flight scheduled on the new aircraft type, it is clear that Virgin will already put the aircraft through its paces in terms of its operational reliability.

That, mixed with the A350-1000 aircraft it has in the fleet, will offer significant commonality opportunities, which will bring down costs and will enable better airfares going into the future.