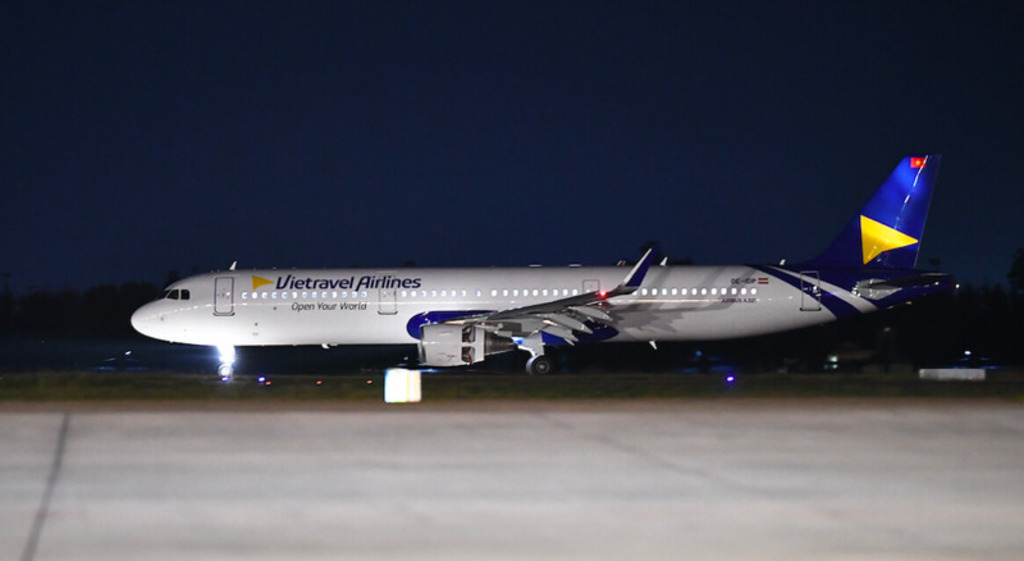 LONDON – Over the past couple of days, the new Vietnamese carrier, Vietravel Airlines, has announced that they have been named as Asia’s Leading New Airline. At the same time it has signed a new business agreement for air freight throughout Vietnam.

On September 7, Vietravel Airlines was named at the WTA (World Travel Awards) Asia and Oceania Gala Ceremony 2022 as Asia’s Leading New Airline. This is a huge achievement for the carrier given they have only been in operation for about a year now.

Their success this year is what led them to being given the award and the main points of their success are cited as follows:

Commenting on their first-ever award, Vietravel’s President and Chief Executive Officer, Vu Duc Bien said, “This is the first award for Vietravel Airlines and a milestone in our history, marking the recognition and trust of customers and partners of our offerings and dedication.”

“This is also an important premise for us to continue carrying out our mission in connecting and conquering farther and higher destinations across the globe.”

Adding to Bien’s comments, the WTA’s Founder, Graham Cooke, said, “This will be the driving force for the youngest airline making new strides in the journey of realising its mission of connecting, bringing international friends to the beauty of Vietnam, and conquering new lands with the people of Vietnam.”

As well as their first-ever award, on September 8, Vietravel announced a new investment and development agreement for cargo air services across Vietnam, named VUAir Cargo.

Alongside Asean Cargo Gateway (ACG), Vietravel with an investment contribution ratio of 51% – 41%, both companies under this new agreement will promote the cargo aviation industry across Vietnam.

VUAir Cargo will primarily focus on the transportation of air freight between Vietnam and large factories across Asia, in countries such as China, Malaysia, Indonesia and Thailand.

VUAir Cargo will operate its services using a fleet of Boeing 737-800 Freighters with the volume of 02 – 04 units during their first year with the expectation that the volume will double by the second year.

Ultimately this agreement will see both Vietravel and ACG become the first cargo airline in Vietnam, putting the country on the global stage for air cargo services.

Vu Duc Bien says, “The aviation cargo market still has a lot of potential and has not been fully exploited. The supply chain is broken while the commodity market in Vietnam, China, countries in Southeast Asia, Northeast Asia, Europe and the Americas is considered to be the fastest growing region with the highest annual GDP in the world.”

“It has the highest proportion of working-age population in the world. Hence, production bases will gradually move to this area next to the world’s largest factory – China. Through the assessment, Vietnam is considered a bright and potential candidate in the production shift.”

“This will be an opportunity for the logistics industry in general and air freight in particular to take off in the near future. For that reason, this is the right time to build and promote the first Air Cargo segment in Vietnam, combining ACG’s experience in logistics and Vietravel Airlines’ air transportation.”

An ACG representative also added, “With the goal of meeting and promoting the domestic and international logistics industry, especially with great potential markets, it means bringing firms in Vietnam closer to global market.”

“Besides, the signing of cooperation agreement with Vietravel Airlines is a memorable milestone, bringing the dream of becoming Cargo Airlines in Vietnam soon come true.”

Vietravel have certainly had an amazing start to their operations during their first year of service to the Vietnamese aviation industry and winning the award of Asia’s Leading New Airline really does signify that strong start for the carrier.

The Award ceremony saw a number of awards given, with Singapore Airlines winning as Asia’s Leading Airline overall.

Also, seeing Vietnam beginning to venture into the air freight industry is a welcome sight and with its close proximity to China, its in a prime position to grow in the global stage for air cargo.