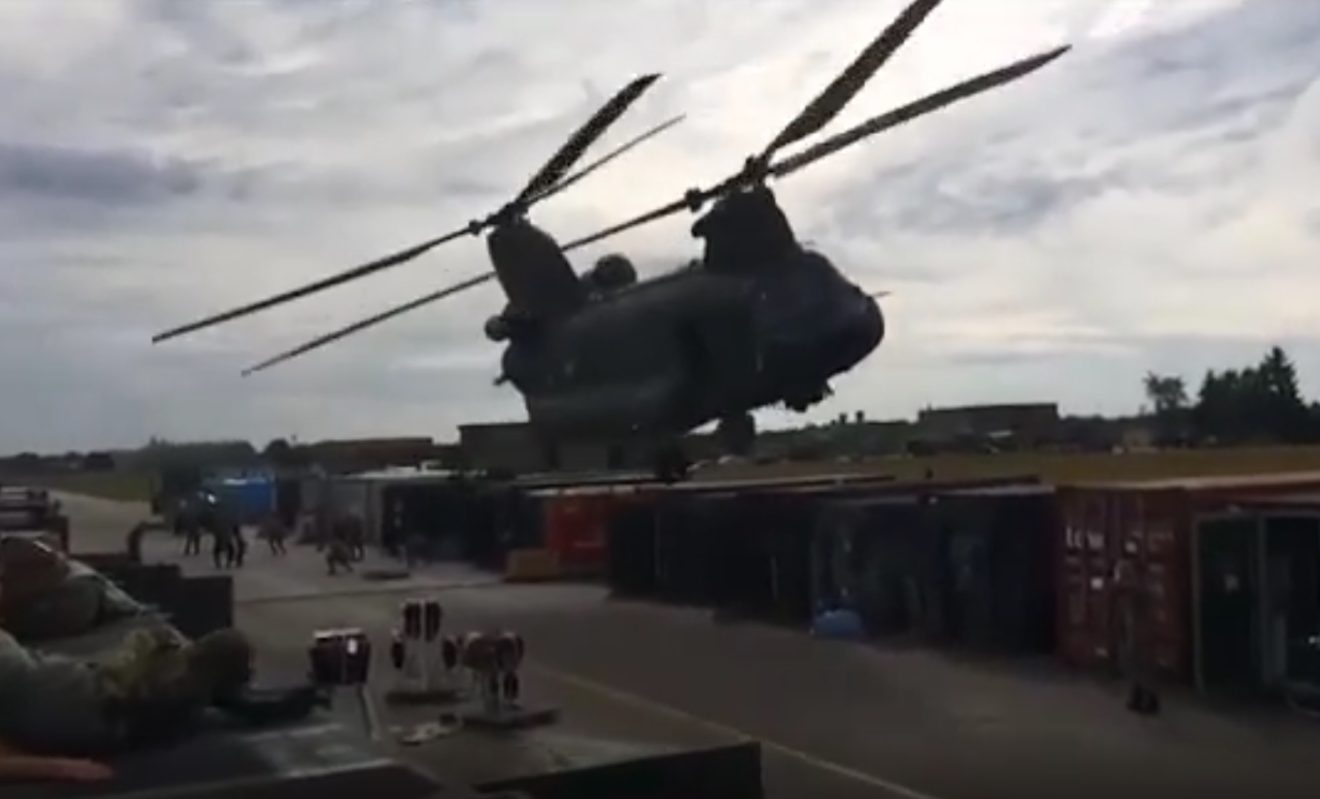 LONDON – A CH-47 Chinook, of which the air force operator is unconfirmed, has been seen doing an extremely low fly-past of soldiers at an airbase.

AviationSource is currently trying to find out more information on which air force it belongs to and will ask them for comment in due course.

You can see the video footage below, which just missed some personnel on the ground and sitting on some containers:

The video shows the Chinook doing a very slow glide across the area that was being filmed.

It’s pretty clear that this was made for the soldiers on the ground who wanted to record the helicopter up-close.

Other than that, we don’t have any other information at this time. Keep refreshing this article every few hours in case we find out any updates.