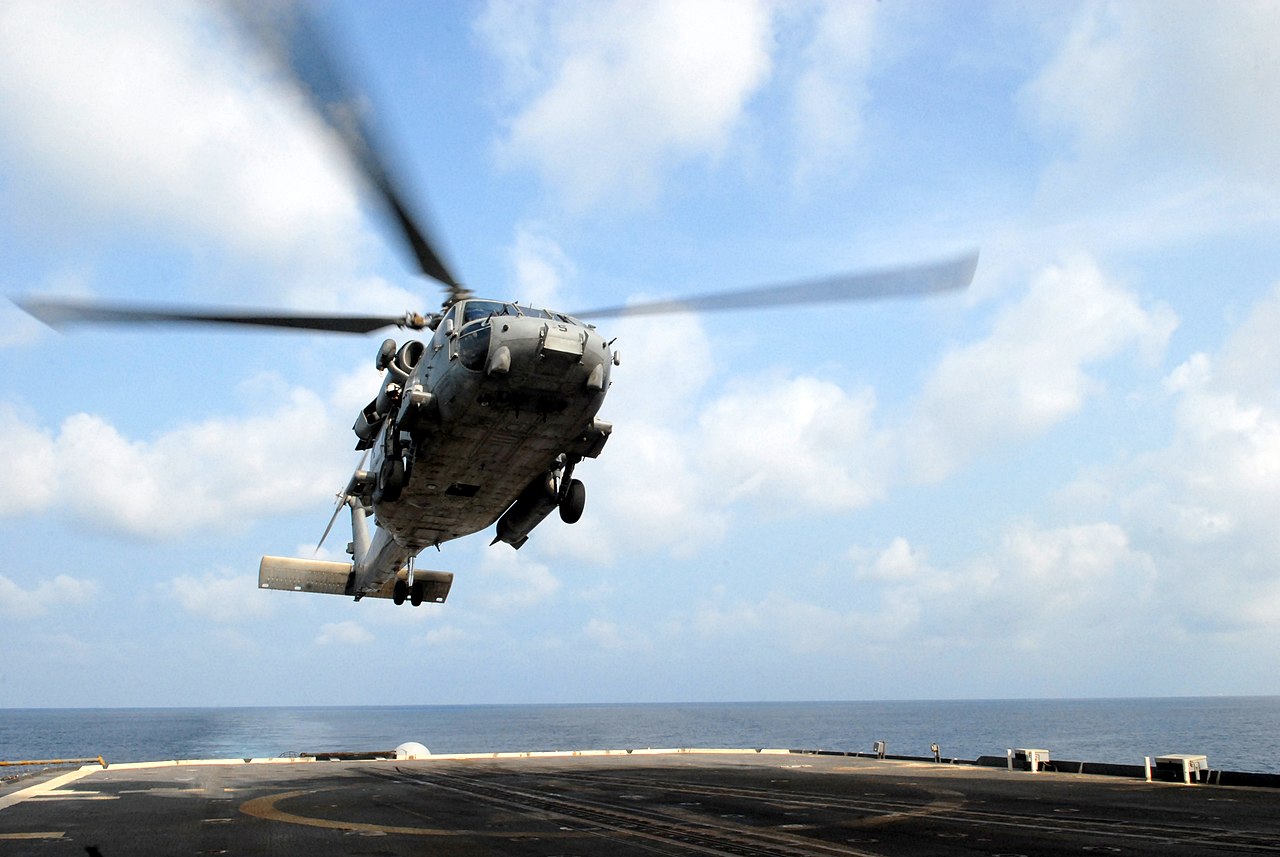 LONDON – The United States and China have once again confronted each other in the Taiwan Strait, as the tension between both the nations rises in the aftermath of US Congresswoman Nancy Pelosi’s visit to Taiwan in early August.

In the latest turn of events, US and Chinese pilots have engaged in heated radio exchanges, as US military helicopters have breached Chinese Airspace for consecutive two days, thus bringing tensions between the two superpowers ever closer to conflict.

Taiwan News has reported the story, citing the radio transmission that brought this fiasco to the light. The report stated that the US military helicopters had breached China’s ‘Territorial Airspace’ on 28th and 29th of August.

During the dawn of August 28, the US Navy’s Sikorsky MH-60 Seahawk helicopter departed from its operational base and was headed to a training mission as part of its current deployment. However, while in flight, the helicopter crossed the 12nm (nautical mile) separation line between China’s territorial sea and Taiwan.

As the helicopter began approaching Chinese east coast from Taiwan Strait around 08:14AM local time, the radios began buzzing with the warnings from the Chinese ground control, stating:

“I am the Chinese Air Force, you are approaching my airspace, leave immediately, or I will intercept.”

Responding to the transmission at 08:38AM local, The US Navy helicopter pilot responded that:

“I am United States military aircraft conducting lawful military activities in international airspace and exercising these rights as guaranteed by the international law. I am operating with due regard to the rights and duties of all states.”

As the radio transmission between two pilots were well underway for over an hour, the tone and intensity became increasingly harsh and took a further turn in warning styles. The Chinese responded at around 10:32AM local in Mandarin and Chinese by stating,

On the following day, 29 August, the pattern continued with the PLA Air Force, at around 10:00AM local, warning the US military aircraft that it was once again approaching Chinese territory – airspace was being breached and they should leave immediately.

But the US military aircraft decided to continue their flight course and ignored the warning transmissions, despite claims that the aircraft had entered the China’s Territorial Airspace.

As per the reports, the MH-60 Seahawks have most likely taken off from the USS Antietam and USS Chancellorsville, the Ticonderoga-class guided missile equipped aircraft carriers, which had entered Taiwan Strait on August 28.

In a similar course of events, the Taiwanese Navy has exchanged several warnings with the Chinese navy fleets, and the Taiwan media has reported that this has become a normal routine ever since tensions escalated.

In a bite interview with the CAN media house, the Captain of Taiwan Navy’s Cheng Kung-class Ship, Li Kuang-ping said that, “Even though we know each other’s position, we cannot agree with each other, occasionally even small Chinese fishing boats would ask for the Chinese military ship to strike first and skip any dialogue. But the Navy chooses to ignore such messages.”

Furthermore, Taiwan is also dealing with increased drone incursions by the Chinese Air Force. On 31 August, three Chinese drones had intruded into Taiwanese airspace, over its three islands in Kinmen County, thus prompting the Taiwan military to respond with live ammunition against drones for consecutive second day.

According to the Taiwan Army’s Kinmen Defense Command (KDC), “On 31st August around 08:40PM, three civilian Chinese drones had violated the airspace above the Lieyu, Dadan, and Caoyu islands. To fend off the UAV’s, Taiwanese soldiers retaliated by firing live rounds and signal flares.”