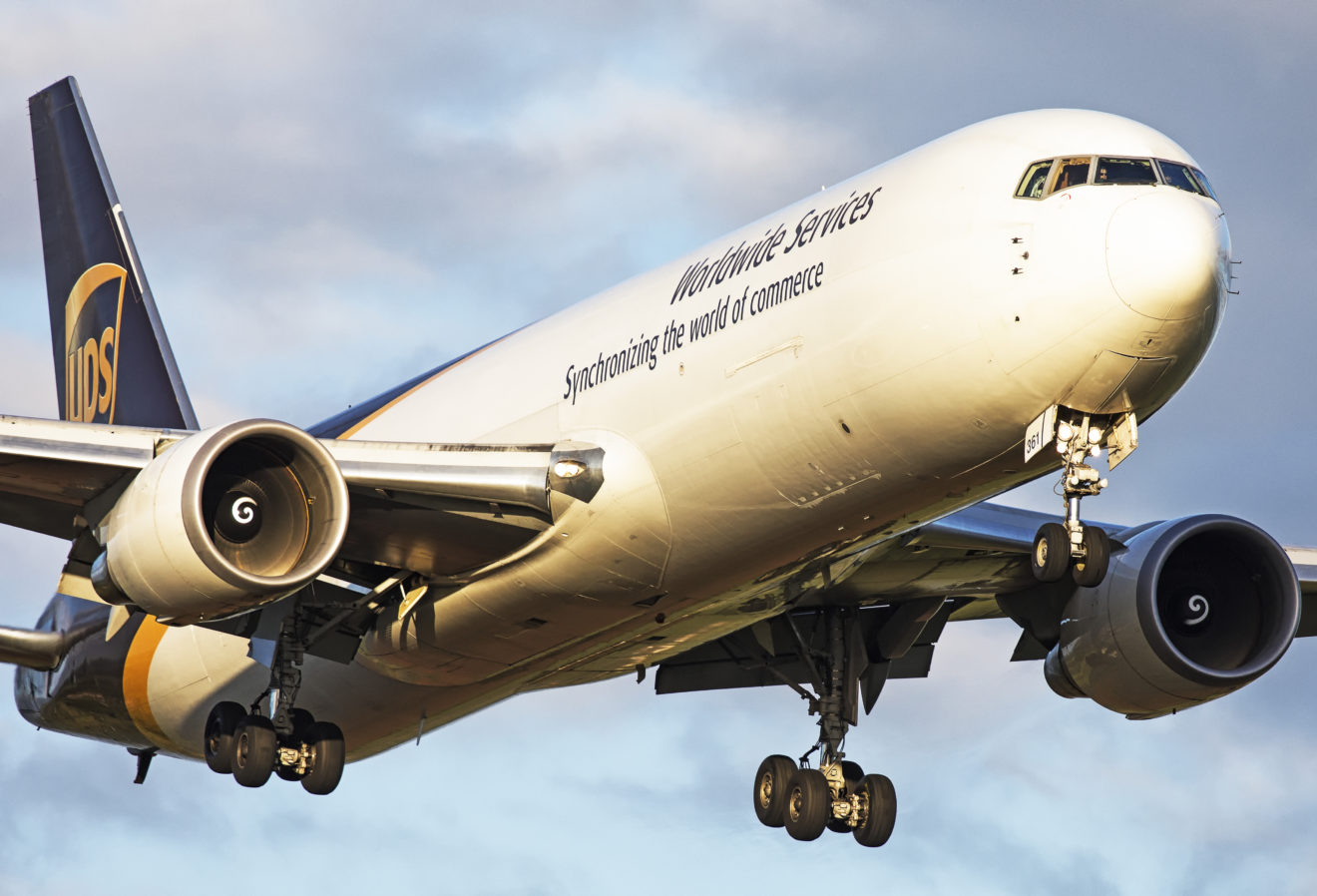 As demand for air freight continues to increase gradually across the globe, UPS has decided to purchase an additional eight Boeing 767-300 Freighters.

This extra eight aircraft will eventually bring UPS’s Boeing 767 Freighter fleet to a total of 108, once the deliveries have been completed.

To go hand in hand with the increase in demand, the International Air Transport Association, or IATA, has estimated that the global air cargo revenue from 2021 alone was more than double what was seen before the Covid pandemic hit.

UPS will begin taking delivery of these new Boeing 767 Freighters in 2025, with an additional 767-300 Boeing Converted Freighter (BCF) joining the carrier’s fleet in late 2023.

Across the world, UPS serves 815 destinations, this is broken down as 400 domestic and 415 international, with a current fleet of 291 aircraft.

The carrier has a further 26 Boeing 767 Freighters on backorder with Boeing, now including this new order for an additional eight.

The carrier uses their Boeing 767 Freighters primarily on domestic U.S. routes, and towards Europe, however, UPS does operate them across every continent, so for the most part, they are utilized on medium to long haul services alongside the carriers Boeing 747 Freighters and MD-11 Freighters.

This new order is only eight months since UPS purchased 19 of the same aircraft type back in December 2021, a month before the carrier’s 34th anniversary of operations.

Commenting on their latest order, UPS’ Executive Vice President and President U.S. Nando Cesarone, has said, “The additional 767s will help us continue to deliver what matters to UPS customers around the world. This is a very versatile aircraft that we operate across every region of the globe.”

“With these aircraft, our fleet will continue to be among the most modern in our industry, meeting our customers’ needs while improving our efficiency, sustainability, and reliability.”

Adding to Cesarone’s comments, Boeing’s Senior Vice President of Commercial Sales and Marketing, Ihssane Mounir, says, “This repeat order from UPS is a testament to the outstanding cargo capabilities of the 767 Freighter and further demonstrates Boeing’s market leadership in the freighter segment.”

“UPS will operate more than 100 767 Freighters with this order and will build its fleet of Boeing and Boeing-heritage airplanes to more than 260 airplanes. We are honored to play an important role in UPS’s efforts to operate a more sustainable, more efficient fleet.”

It is evident that the Boeing 767 Freighter continues to be a huge hit with cargo operators, with the aircraft’s versatility in its hold capacity, range, and usability.

We will continue to see the 767 Freighter being operated for many years to come, but what is really interesting is what Boeing is aiming to replace it with.

I’m sure we will find out in due course as we head towards 2050 with the worldwide aviation goal of achieving zero net carbon emissions by that time.