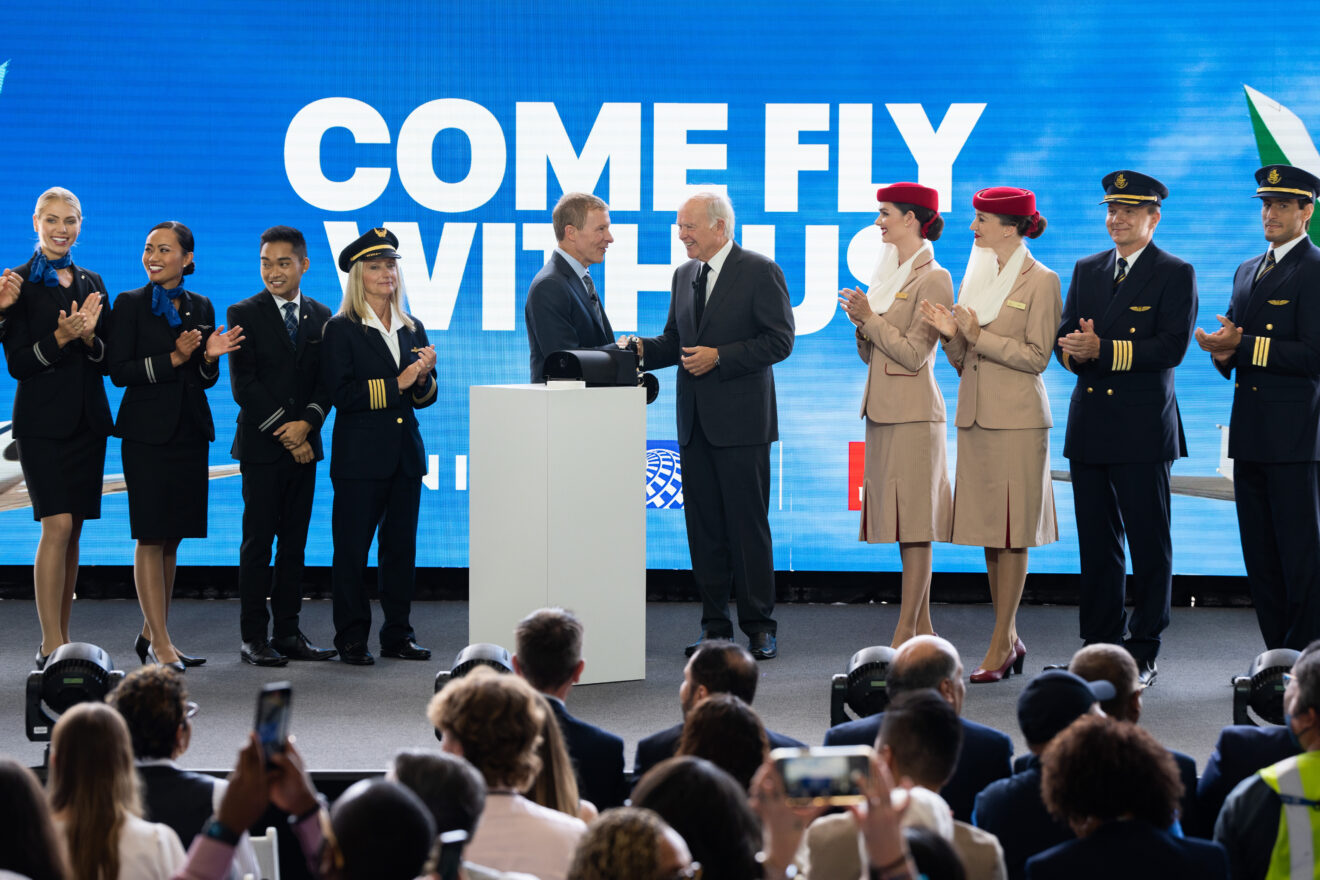 On September 14th, after teasing the event for a few weeks, United and Emirates finally revealed their new codeshare agreement, making history.

The codeshare agreement settled between the two airlines, opens massive connectivity gateways for each airline’s customers, as United (UA) customers traveling through Dubai (DXB), can now connect to over 100 destinations on an Emirates (EK) flight, and starting in November, Emirates (EK) customers flying to three of the nations biggest business hubs, can connect onwards to over 200 cities within the United States.

The historic agreement was announced at an event set up by the two airlines, hosted at Dulles International Airport (IAD), hosted by United CEO, Scott Kirby, and Emirates President Sir Tim Clark.

The event also featured two static display Boeing 777-300ERs, one of each airline.

CEO of United, Scott Kirby, commented on the announcement saying:- “This agreement unites two iconic, flag carrier airlines who share a common commitment to creating the best customer experience in the skies.”

“This is a proud moment for both United and Emirates employees, and I look forward to our journey together.”

“Two of the biggest, and best-known airlines in the world are joining hands to fly people better to more places, at a time when travel demand is rebounding with a vengeance.”

“It’s a significant partnership that will unlock tremendous consumer benefit and bring the United Arab Emirates and the United States even closer.”

“We welcome United’s return to Dubai next year, where our hub Dubai essentially becomes a gateway for United to reach Asia, Africa, and the Middle East via the combined network of Emirates and flydubai.”

“We look forward to developing our partnership with United for the long term.”

The friendly skies, all the way to Dubai

With the announcement of the two carrier’s codeshare agreement, comes United’s announcement on the airline starting flights to Dubai (DXB), from New York / Newark (EWR).

From March of 2023, United customers can travel to Dubai and further on Emirates, as well as its sister airline, FlyDubai (FZ). Flights are available and ready to be booked at United.com.

As for the customers of both airlines with a loyalty program membership, these will get even more perks on the connectivity between Newark and Dubai.

United MileagePlus members flying on the New York to Dubai flight, will also be able to redeem points and miles when connecting beyond, on either an Emirates flight or FlyDubai flight.

The codeshare agreement between United and Emirates is an extremely good move by the two airlines, offering total connections of up to 300 destinations, benefitting customers with families in different cities, business workers, CEOs, and more.

As there are now gateways all the way from New York, too, for example, Pakistan, the Maldives, and more, business for both airlines is not unlikely to have a major positive increase, as more and more travelers may make use of the agreement settled between the two.