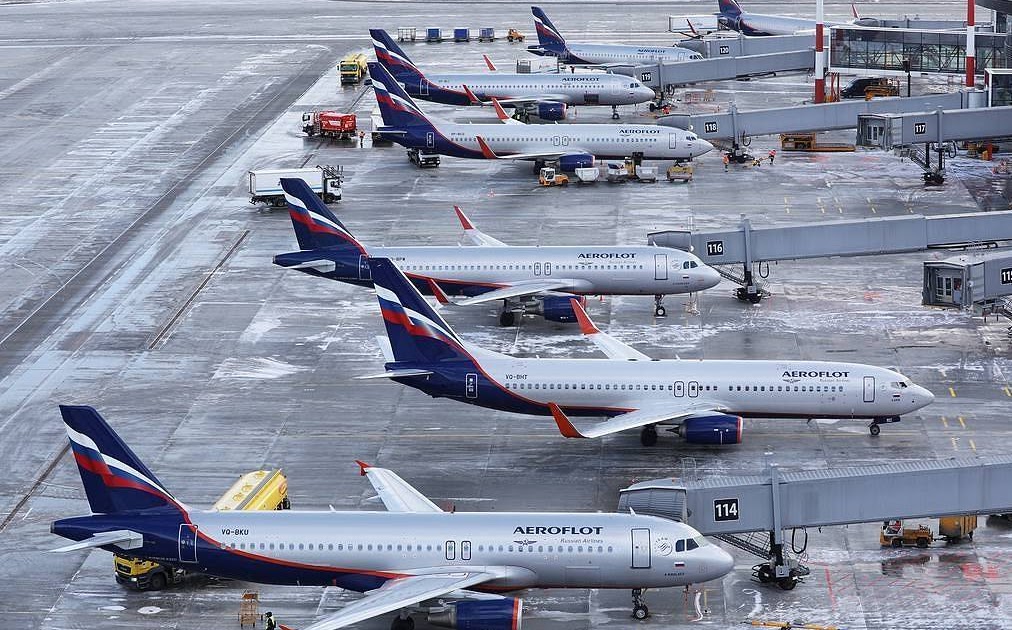 LONDON – As the Ukraine crisis continues to unfold, one thing we do know is that in three weeks, it will be game over for a lot of Russian carriers.

This has come from Jan Nedvidek, a Structured & Asset Finance Associate at Allen & Overy who works within the aviation sector.

Such words have come following announcements that leasing companies will be reclaiming Russian aircraft at the end of this month.

Jan took to Twitter and said the following things, which definitely produces some insight into the current volatility amongst Russian carriers right now:

“I work in the aviation sector, and I can tell you that for all intents and purposes Russian aviation has – at best – about three weeks before it’s show over. One aspect is the fact that airspace available to Russian aircraft is very, very limited now. However, there is more:”

“Very few aircraft are actually owned by airlines, and instead, most are owned by lessor companies, most of which are Irish.”

“Under the sanctions regime, the view in the legal community is that those leases have to be terminated, otherwise Irish companies will be criminally liable.”

“More importantly: Russian operators are unable to effect insurance. Without those, no national aviation authority will allow access to its airspace. This would in effect mean the end of Russian operators flying internationally.”

“Furthermore, despite the presence of some Sukhois, Ilyushins, and Antonovs, the bulk of aircraft operated in Russia is still Boeing and Airbus. Those use CFM, GE, and Rolls Royce engines.”

“All these manufacturers have cut off access to repair manuals without which the aircraft and engines cannot be serviced. They have also issued a global ban on servicing in other countries so that Russian aircraft cannot be flown abroad for maintenance.”

“They have also stopped the supply of spare parts. From talking to our clients, I understand most airlines keep about a 2 or 3 weeks worth of spares supplies.”

“What does this mean? Russia will be in effect cut off from international travel, perhaps with the notable exception of China. It will be more isolated than the USSR, and even domestic journeys will be severely limited. Sanctions – if drafted well – do work.”

“We can probably expect that some international operators will continue to operate some flights, perhaps to Istanbul or Dubai. But we’re talking about going from 100s of cross-border flights to perhaps 6 or 7. Why so few?”

“Europe is relatively unique in having an ‘open sky’. Provided an airline meets certain criteria, it can fly as many flights it wants within European airspace.”

“Other countries don’t always have this, and the number of flights and airports pairs (routes) between them is regulated.”

“Unless, say, Turkey enters into an open sky agreement with Russia, which surely is unthinkable in the circumstances, the number of flights going to Turkey will be heavily suppressed by regulation.”

“It’s also worth noting that even if someone very cleverly managed to find a way – and I am sure there are plenty of fellow lawyers in law offices all over Russia thinking very hard about this – there is literally no way for Russian entities to make international payments.”

“They, therefore, won’t even be able to refuel or pay for airport charges. Even China would have to accept either a cash payment the yuans held by the Russian Central Bank or some form of extended credit, both of which are very unlikely.”

Jan does raise a good point and does match up with a piece we produced earlier this week about aircraft leasing companies.

We reported that amongst 17 main Russian carriers up to 670 aircraft are on lease and could be returned to such companies, meaning that Russian commercial aviation would take a nose-dive as soon as this process begins.

It would be a correct point to make, especially with sanctions on Russia taking full effect this week and in the early stages, seems to be working.

All we can do really in the meantime is sit back and watch to see how this unfolds and whether the Russians would even allow lessors to enter the country and reclaim those aircraft.