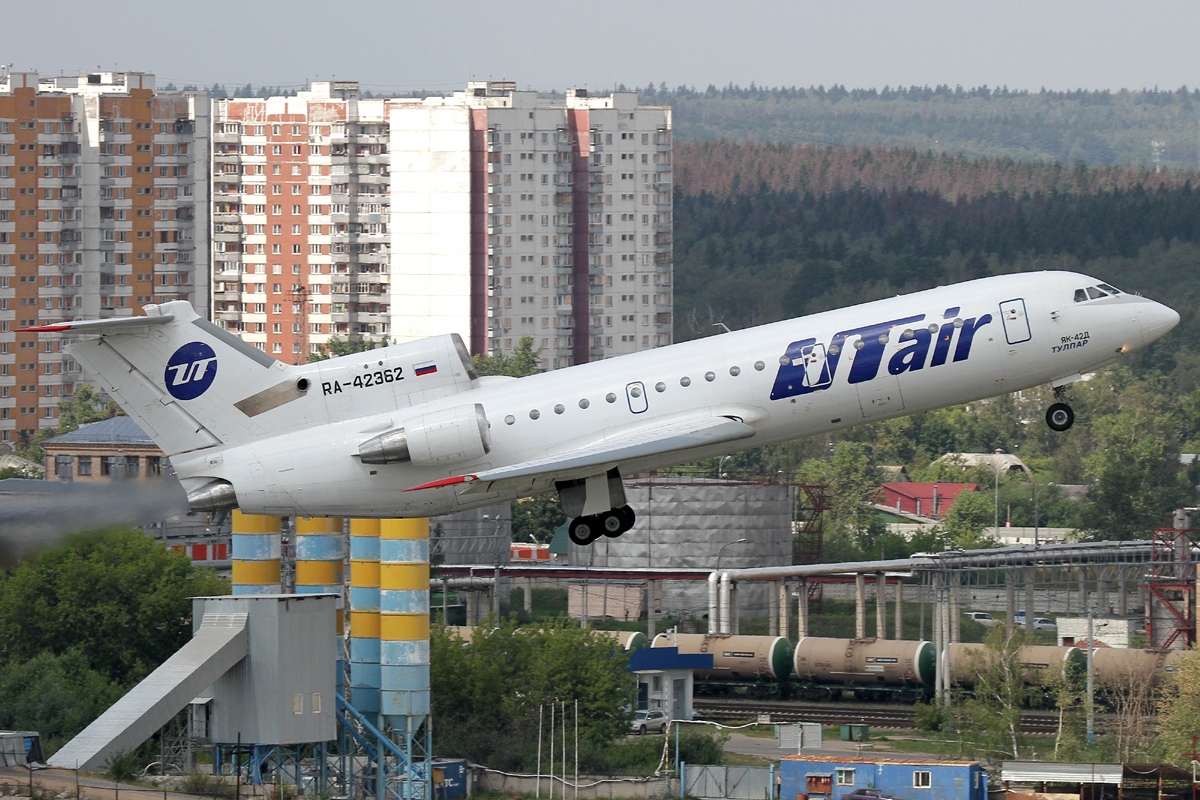 The company has already signed an initial agreement with one of the leading companies for two aircraft. They plan to use it for regional flights throughout Russia.

Baza, a Russian media company announced that the airline is interested in the “D” version of the Yak 40s and 42s, which is a long-range variant.

The Yak 40s and Yak 42s were the regional workhorses of the Russian aviation industry. The Yak 40, was in production from 1967 to 1981. features a short fuselage with 32 seats.

The Yak 42 on the other hand is a stretched version and was produced between 1973 to 2003 featuring 120 seats in a typical one-class configuration.

These tri-jets will be brought backed and refurbished fit for modern operations.

UTair was born in 1991 following the deregulation of air travel in Russia. The airline used a handful of Yak 40s and Yak 42s since the early 1990s.

Unfortunately for aviation geeks, these jets were retired in 2019. It is still unknown whether UT Air will re-purchase the aircraft from its original fleet.

In 2011, UTair ordered the homegrown Russian jet, the Sukhoi Superjet. However, due to financial problems, the orders were history. Nevertheless, the company did lease several Superjets in 2018s, but its operations were short-lived.

There is also a small number of 767-200s operating as well, namely from Moscow to central Asian countries, and to the far eastern regions of Russia. ATR 72 turboprops also serve as feeder aircraft to smaller cities and towns.

Following the Russian invasion of Ukraine in February 2022, UTair faces a huge dilemma along with all Russian carriers, where foreign companies are unable to maintain and sell spare parts to the airline.

As of March 14, UT Air transferred 50 aircraft to the Russian registry.

According to Baza, the airline tried to purchase a new batch of the Sukhoi SuperJet but did not succeed due to the lack of aircraft availability and spare parts.

Furthermore in April Utair was banned from flying to Europe. The European Commission explained the decision was that the carrier’s aircraft did not meet “international safety standards”.

A decision not too surprising for anybody.

Will we see a trend for more Russian carriers doing the same as UT Air? Cannibalising and re-purchasing the retired soviet machines to weather through western imposed sanctions?

UTAir may be in the right direction in finding a short-term solution, but if the sanctions drag on, will we see even more re-activation of soviet build aircraft? Like the IL-96, TU-134, AN-24s, or the TU-154?

If Russian airlines want to operate newer aircraft, then their only options will be the newly re-produced TU-214, MC-21, and the IL-94-400.