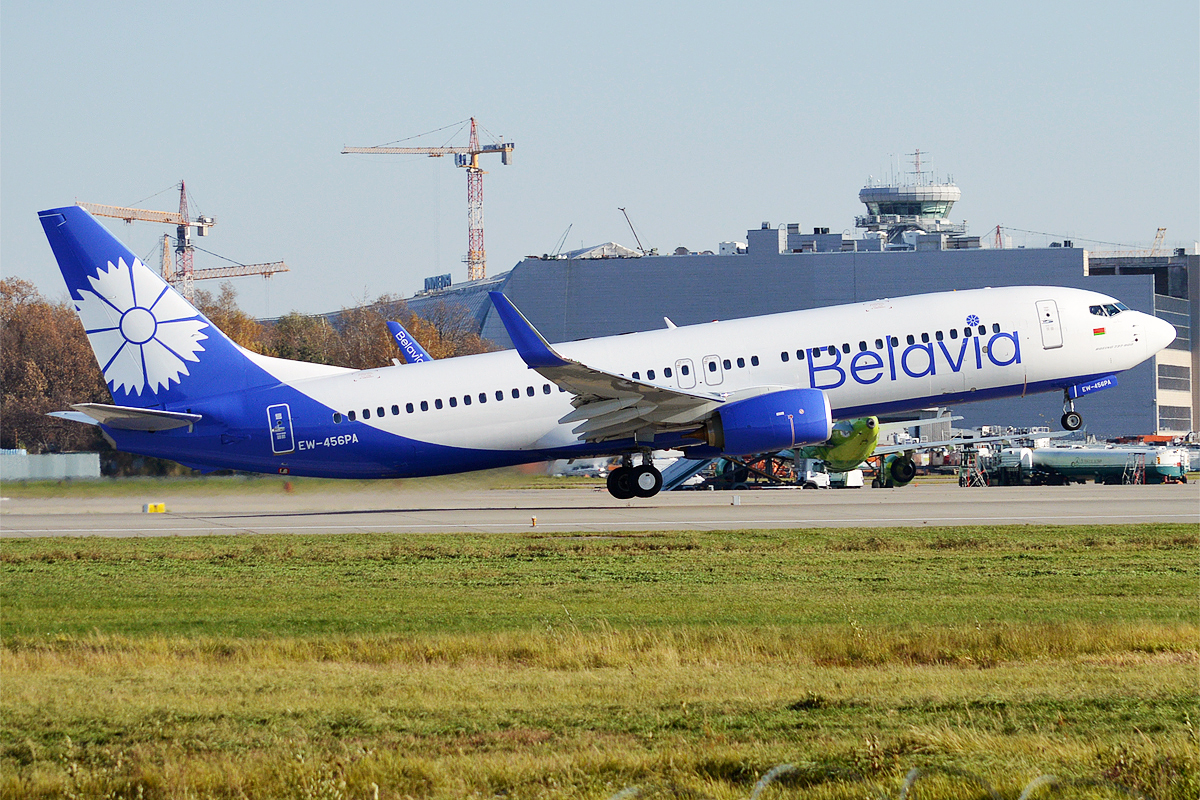 LONDON – It is understood that seven aircraft belonging to the Belarussian carrier, Belavia, have violated U.S export control laws in the wake of sanctions.

According to the statement released by the U.S Department of Commerce, the following airframes have been found to have violated those laws:

Unsurprisingly enough, the aircraft are all Boeing frames, which would make sense why it has broken such laws.

Axelrod: Belarussian Planes Are A No-Go…

Commenting on this was Matthew Axelrod, the Assistant Secretary of Commerce for Export Enforcement:

“New restrictions on Belarusian aircraft were put in place on April 8, 2022, and less than a week later we’re already telling the world that servicing specific Belarusian planes is a no go”.

Don Graves, the Deputy Secretary of Commerce went further to say that Belarus has rejected the international rule of law:

“By rejecting the international rule of law, Russia and Belarus have made it clear that they do not deserve the benefits of participating in the global economy, and that includes international travel”.

“As long as Russia continues this unwarranted assault, Commerce will continue to take consequential actions to hold them to account.”

According to AeroTime Hub, there are currently 153 aircraft, both Russian and Belarussian-registered, that have been added to the U.S authority list.

This most definitely shows that this list is growing, and will probably continue to grow, as long as sanctions continue in the wake of the Ukraine Crisis.

What is the Export Control Law?

In essence, if anyone is found to have assisted the 153 aircraft to the benefit of Belarus & Russia without authorization from the U.S, then this could lead to the following things:

This has been put in place to ensure more pressure on Russia & Belarus financially due to the continued financial sanctions placed on both countries.

Belarus has come into the spotlight recently, particularly in its continued support for the Putin regime during this conflict.

What remains clear is that this list of violated export control law participants will no doubt continue to rise, as mentioned previously in this post.

It will be interesting to see how much further this list will go.

If it does increase, then it signifies that both Russia & Belarus are not that bothered about adding more assets to those lists, as the aircraft is being utilized in other areas where airspace bans don’t apply to them.

But for now, it seems that Russia & Belarus are not backing down, and will do anything they can non-militarily to aggravate the West, including the U.S.