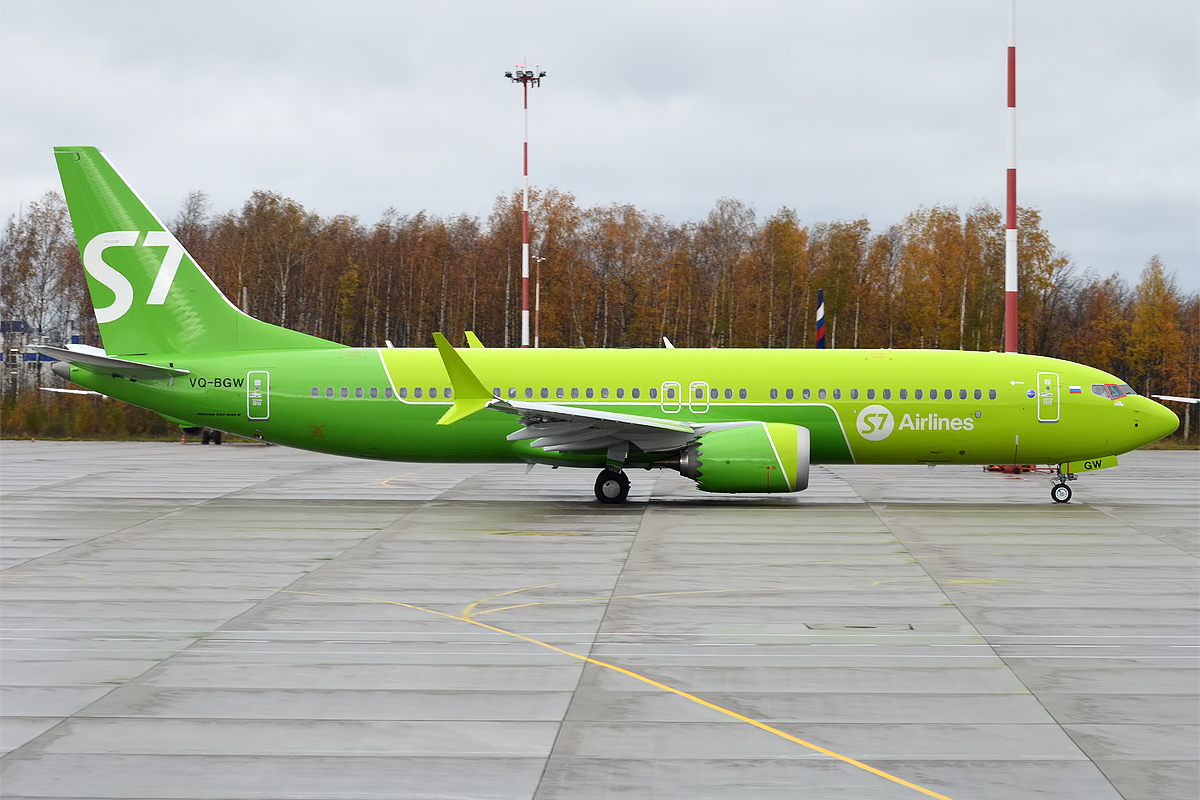 LONDON – S7 has been given permission by the Russian government to return two of its Boeing 737 MAX aircraft to lessors.

The Ministry of Transport has announced via a document released that the transfer will occur on New Years’ Eve, with Turkey being due to facilitate this move.

It is understood that the two aircraft in question are the ones delivered already, VQ-BGV and VQ-BGW.

“[The airline is even more] deprived of the opportunity to receive spare parts and support for these new aircraft”.

A Miniscule Win for Lessors…

This is a minuscule win for the aircraft lessors as at least two aircraft at the moment will be heading back to the rightful owners, and can escape the twisted guise of nationalization.

As mentioned in The Editor’s Corner #10, it’s become clear that lessors will not win the Russia battle, so they can take any victory that is handed to them.

Such a viewpoint was established following initial rulings from the Sri Lankan courts back in June that an Aeroflot Airbus A330 could return to Russia.

What does remain clear, however, is that this may set the precedent for future incidents where leasing companies try and steal back the aircraft that the Russians have taken with them.

If the Sri Lankan courts have struck this ban down, then this is something that Aeroflot can use in future court cases, especially with the nationalization effort in full swing.

And this all forms with Aeroflot’s desire to fly internationally, but only in specific markets, where they know they have considerable influence.

Both countries, in recent years, have bolstered political and cultural cooperation, especially through visa-free movement between Russia & Sri Lanka as well. So this is something else that you have to take into consideration.

However, with the news from today, it could be the perspective that the battle from the lessors could end up heading the other way, which will be a good thing.

Sanctions Beginning to Bite: To The Lessor’s Favour…

It’s becoming clear that the sanctions are beginning to bite Russia, especially if it means slightly doing a u-turn on stealing aircraft delivered by the West.

On top of that, Russia’s plans to offer its own portfolio of aircraft to customers could mean that Western aircraft may get returned a lot sooner than we think.

With sanctions on parts hitting airlines the most, it is having to force the hand of Putin ever so slightly. Lessors will be hoping that the Russians expand on this aircraft return, so then they can claim their assets back.

And if they can do this sooner rather than later, then they may not need to write their assets off or claim insurance claims.

Either way, it’s going to be interesting to see how much further this situation develops and whether Russia will end up giving up its nationalization strategy and focus on its own aircraft.