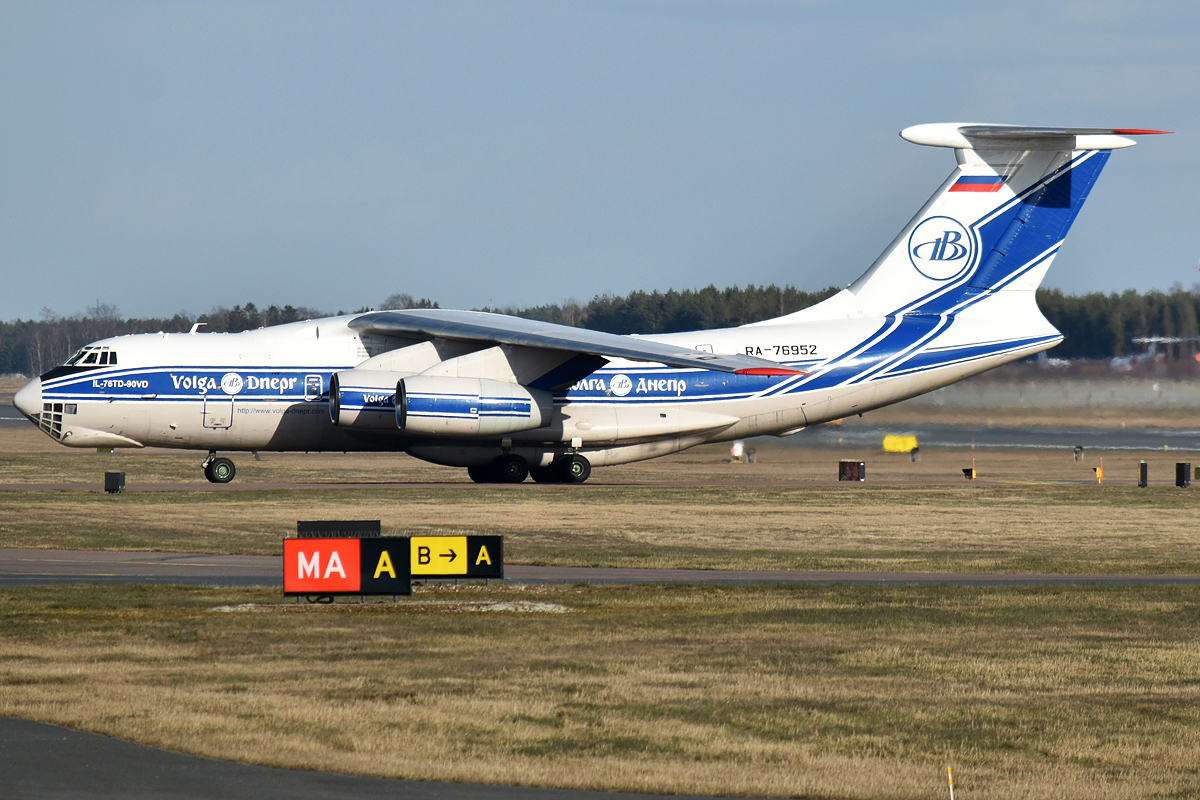 LONDON – According to local media, a Volga-Dnepr Ilyushin IL-76 was allowed into Bratislava, Slovakia via Poland to allow the delivery of nuclear fuel.

The Ministry of Economy in Slovakia confirmed this was a shipment destined for Slovenske elektarne (SE), with power plants only able to take delivery of nuclear fuel from Russia.

A comment was provided by the ministry to media outlet Dennik which said:

“The Ministry of Economy has helped to ensure the supply of nuclear fuel, which will be able to be used by Slovenské elektrárne (SE).”

“Today (March 1, 2022), the IL76 aircraft of the company Volga Dnepr Airlines, which delivered nuclear fuel to us from the Russian Federation, landed at the Bratislava airport”.

According to data from RadarBox, RA-76952 was the Ilyushin IL-76 that operated the flight from Moscow Domodedovo to Bratislava.

VI5956 departed Moscow at 0559 local time before arriving in Bratislava at 0621 local time.

The flight path above shows it had to take a unique routing that would avoid Ukraine’s airspace in the wake of the ongoing invasion by Russian forces.

Polish authorities allowed the aircraft to enter its airspace in order to continue onwards to Bratislava.

Therefore, this wasn’t a violation as such but is surprising nevertheless that the Russian Government would have allowed this.