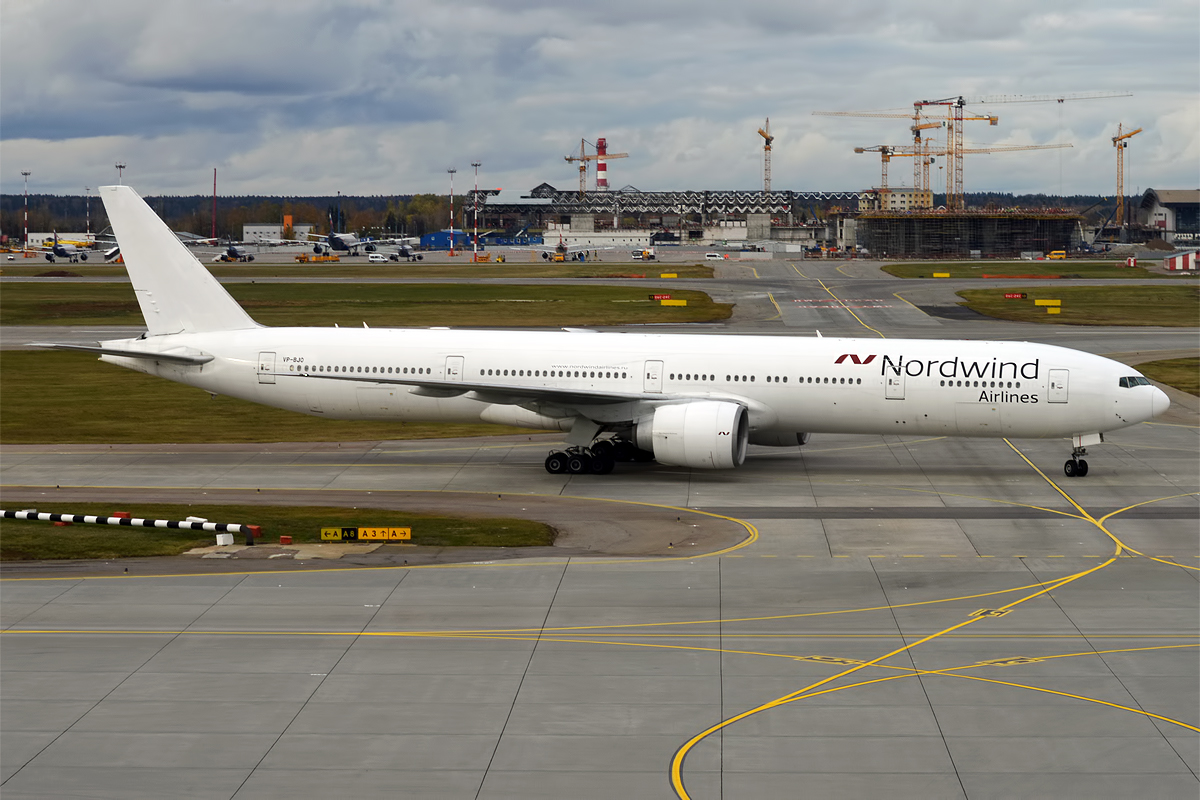 LONDON – Russian carrier Nordwind Airlines is to resume services to Varadero, Cuba, as new routings to avoid European airspace have been established.

Nordwind will resume these services next month and will operate on a four times per week basis using the carrier’s Boeing 777-300ER aircraft.

What we do know is that such airspace avoidance is possible, with Nordwind operating flights to Caracas from Moscow back in August.

The image above does demonstrate the level of excursion it had to take. At this stage, it’s unclear whether Aeroflot will follow suit with these sorts of flights or not, especially as they are looking for ways to make additional revenue.

This announcement has been a long time coming over the course of this year, with Russian news agency TASS stating the following:

“The head of the Federal Air Transport Agency, Alexander Neradko, informed Cuban partners that in order to develop tourism between the two countries, several Russian airlines plan to resume flights to Cuba in the near future.”

This news will be heavily welcomed by the Cuban government, especially with the country’s economy continuing to be in a sharp decline following daily blackouts, lack of fuel, and heavy inflation percentages.

Pre-Ukraine, the Russo-Cuban travel market was quite a busy and lucrative one, with up to 45 flights per week originating from Russia.

As mentioned above, EU airspace bans on Russian carriers had made it difficult for carriers to operate these flights, and with the higher fuel costs stemming from longer flight times, it’s going to be interesting to see how well this will work.

On top of this, it does show that Russia is keeping its promise to Cuba, and is providing financial relief to the country through the utilization of tourism.

With these sorts of service resumptions taking place, is it the case that Russian carriers are biting the bullet, when it comes to these extended flight times, and therefore extended fuel costs?

Russian President Vladimir Putin has been providing significant financial assistance to Russian carriers, airports, and manufacturers in recent months in order to get past the sanctions.

This could very well be a middle finger of Putin’s making, with the financial assistance enabling carriers to restart operations in markets they can still operate in.

For example, Aeroflot has announced plans to return to Sri Lanka next month, on the strict condition that none of their aircraft are grounded in Colombo following the controversy that took place back in June.

It remains clear that Russia is trying to do all it can to ensure revenues are still flowing in whilst the Ukraine Crisis is still ongoing.

However, with the Ukrainians pushing the Russians back even further, this crisis could come to an end soon, meaning that the negotiating table will have to be used at some point.

The reason why the negotiating table is mentioned here is that aviation will form a big part of this, especially if it means allowing Russian carriers back into European airspace.