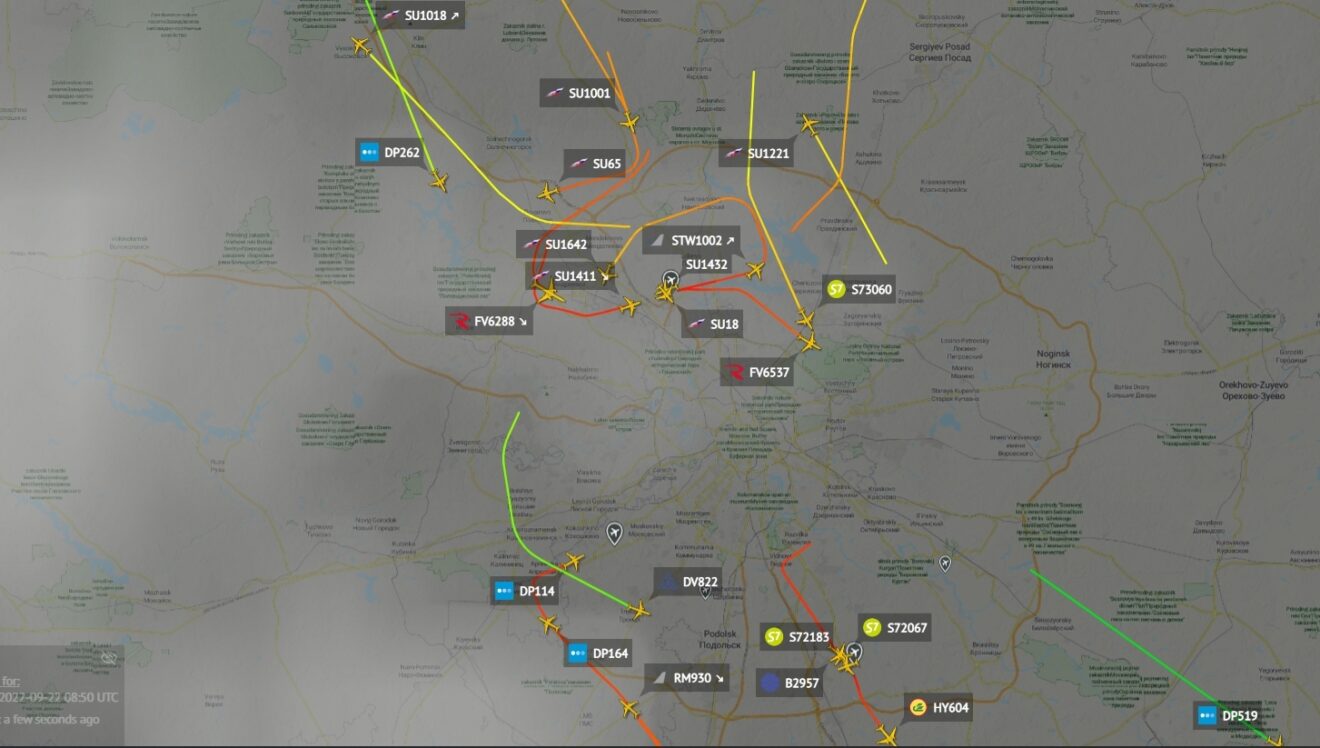 LONDON – Madness in Moscow has occurred as departures have intensified as Russian men aged 18-65 look to escape the country following part mobilization of forces by Putin.

From the late hours of yesterday evening to even as we write, hundreds of flights are leaving both Moscow airports bound for anywhere but Russia.

The image above was screenshotted from RadarBox.com at 1025 UK time today and highlights exactly part of the exodus that is taking place.

Around 300,000 reservists are to be drafted to the front line of Ukraine to fight what is appearing to be a losing battle on that side.

Because of this exodus, the Russian Government has ordered airlines to stop selling tickets to Russian men aged 18 to 65.

By 12 pm Moscow time, flights to Azerbaijan, Kazakhstan, Uzbekistan, and Kyrgyzstan had also been taken off the sales agenda as well.

What About The Flights Sold Already?

It remains clear that any male passengers between 18-65 years old who were able to purchase these tickets will most likely have their tickets rescinded.

With no flights available for the vast majority of the Russian population, this means that airlines in the country will now have to rely on inbound tourism.

This will place a strain further on the tourist industry in Russia, on top of what it has been experiencing already due to Western-backed sanctions caused by the Ukraine Crisis.

As for the actions by Putin, this isn’t a surprising move, given the fact that Ukraine is advancing and liberating land at an alarming rate, so Russia is going to need all the troops it can get its hands on.

However, with this big number of flights already in the air, it does seem to be the case that such passengers have been lucky to get onboard.

As this is a developing story, we will continue to provide updates regarding this move from Putin and how it is going to affect the airline industry moving forward.

What will be interesting to see over the next couple of days is the specific uptick in operations from the Moscow airports as well as elsewhere in Russia.

For now, one thing we can say is this: This exodus does represent the level of low morale within the Russian forces, and will go to any bounds to escape the country.