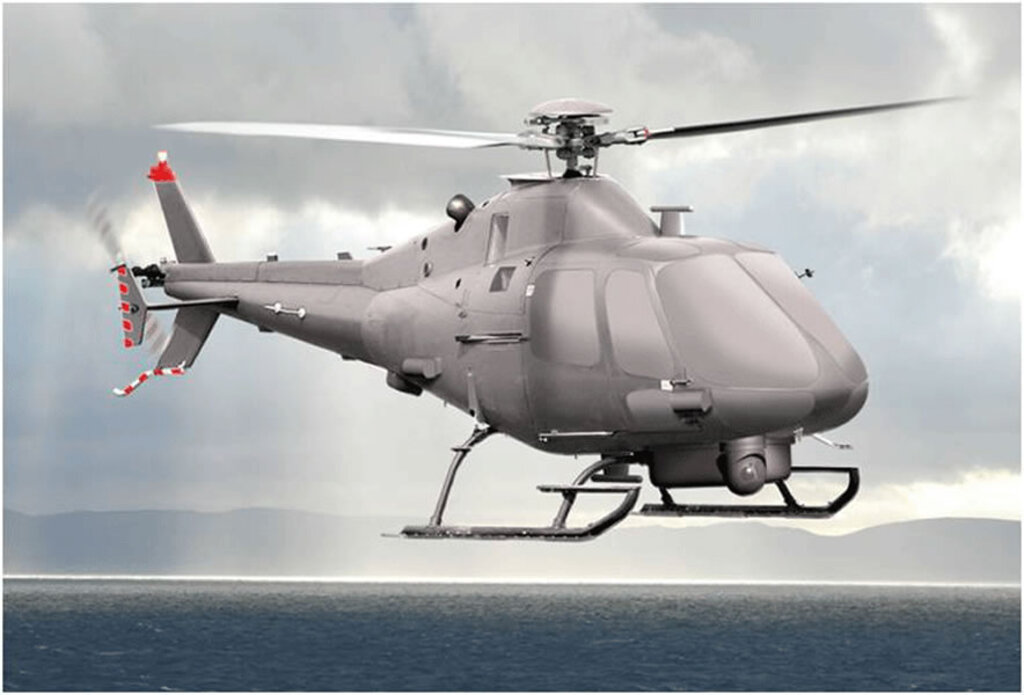 LONDON – In a recent turn of events at the Farnborough Air Show, the UK Ministry of Defense (MoD) announced that it is granting permission to execute a demonstration flight of “Proteus” – the unmanned VTOL craft designed by Italian aviation giant Leonardo.

As per the announcement by the Leonardo group, the UK MoD’s Defence Equipment and Support’s (DE&S) Future Capability Group (FCG) has awarded a multi-layer four-year contract to Leonardo to deliver the Rotary Wing Uncrewed Air System (RWUAS) valued at €71 million (£60 million).

Under this contract, the Leonardo RWUAS’ Technology Demonstration Programme (TDP), the “RWUAS CCD Phase 3” which has been funded through the Defence Innovation, will include the flight of an advanced uncrewed VTOL prototype referred by the UK MoD as “Proteus.”

This will be a key element of the Royal Navy Future Maritime Aviation Force (FMAF) vision for Anti-Submarine Warfare support, as stated by the Leonardo press release.

Leonardo further stated that this contact award by the MoD supports the strategic goal of the company’s site at Yeovil, Somerset, which is referred as the ‘Home of British Helicopters’. Their strategic goal is to become the UK’s hub for uncrewed military VTOL aircraft.

On the international platform, Leonardo has acclaimed its position at the heart of forward-thinking with its uncrewed research and innovation program. This ranges from advanced air mobility to uncrewed combat air, counter-UAS technologies and uncrewed traffic management.

In recent months, the company has showcased its expertise and capabilities in the UAS segment during major European exercises including Unmanned Warrior, Italian Blade and OCEAN 2020.

With its longstanding relationship with the UK MoD, the company has seen significant investments from the MoD in research of uncrewed military capabilities onshore.

As per this research efforts, the Yeovil facility has witnessed specialized helicopter design and engineering skills, which has made the site and the facility a prime focus for uncrewed systems.

Adding to this, Leonardo has asserted that it has previously conducted various advanced research projects under RWUAS program in phases-1 and 2, and Phase-3 of the program. This will sustain and grow this onshore design and technology development capability by readying a brand-new uncrewed prototype for its maiden flight in near future.

Speaking on this remarkable day, Managing Director of Leonardo Helicopters (UK), Adam Clarke said that “Uncrewed VTOL aircraft will transform military capability whilst also having application in other market sectors, both in the UK and around the world.”

“This contract represents a major step towards our future in next generation uncrewed military technology and the sustainment of unique engineering skills onshore.”

Leonardo has further asserted that, beyond learnings and technology developments through the first two phases of the RWUAS CCD program, Phase 3 will see them create an up to 2-3t demonstration aircraft that will have modularity at its core.

As per the program briefs, the dual-use adaptable RWUAS prototype will be an adapter to deliver a wide range of roles in the military and parapublic domains. The roles of which will extend across intelligence, surveillance, reconnaissance, maritime specific missions and logistic supply, stated the brief.

The unique high payload and volume capabilities combined with its ability to operate in harsh and extreme conditions in both terrain and weather makes it potentially of interest to wide range of users.