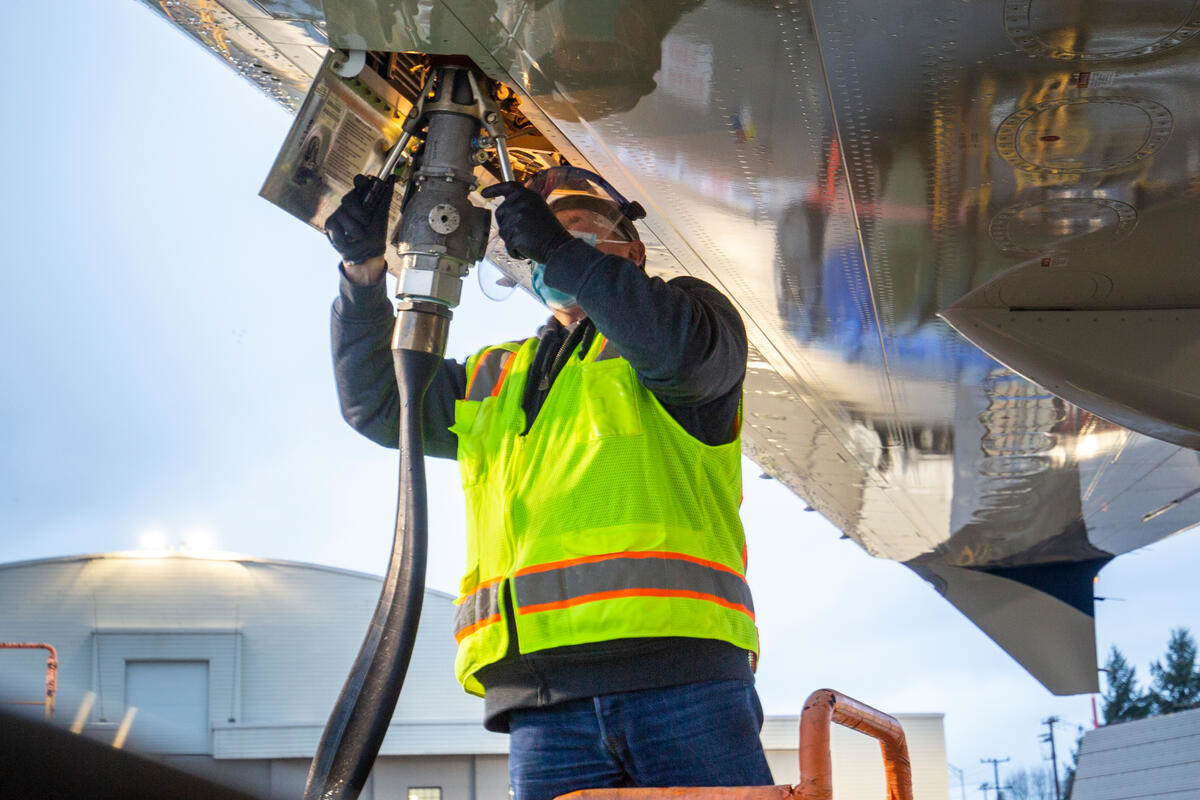 LONDON – The UK Government has announced £1m in funding to provide the first net-zero transatlantic flight to take place next year.

It is understood that the funding will be used to support testing, research, and personnel costs of the flight, which will use 100% sustainable aviation fuel, known as SAF.

The funding will be presented as a competition fund to encourage the sector to take part in this new stage of flight.

Commenting on this funding was the UK Transport Secretary Grant Shapps, who labeled this as a world-first for the sector:

“This trailblazing net-zero emissions flight, a world first, will demonstrate the vital role that sustainable aviation fuel can play in decarbonizing aviation in line with our ambitious net-zero targets.”

“[Delivering the transatlantic flight under SAF will] unlock the full decarbonization potential of this technology”.

Also commenting on this announcement was Tim Alderslade, the CEO of Airlines UK, who expressed strong support behind this project:

“UK airlines strongly support the development of a UK SAF industry, which will play a vital role in helping our sector deliver net-zero emissions by 2050, as we are committed to doing.”

Within 2022 in particular, the SAF industry has been growing at an exponential rate as the sector aims to become net-zero as well as reduce emissions.

This is in the form of both short-haul and long-haul travel. AviationSource has provided significant coverage on this topic so far.

Back in May 2021, easyJet laid out its plans for SAF for short-haul at the EUROCONTROL Aviation StraightTalk podcast, where they outlined what has been done so far as well:

Also, around eight months ago, Cathay Pacific announced that as part of its sustainability targets, it would use SAF for 10% of its total operations by the end of the decade, with Shell wanting to produce 2 million tonnes of the stuff by 2025.

In that same month, Boeing signed a supply agreement with EPIC Fuels for 2 million gallons of blended SAF to use on its commercial aircraft in Seattle and South Carolina this year.

On top of that, Virgin Atlantic signed a deal with Neste Oyi for 2.5 million liters of the fuel as well, which will definitely be used on the transatlantic routes it operates.

Singapore Airlines also joined the party by announcing that from the third quarter of this year, it will be using SAF as part of a one-year pilot.

It then wasn’t far away that the Japanese Government announced a similar pledge to that of Cathay Pacific, by using 10% SAF for airlines by 2030.

Such a list continues as Korean Air pledged to use SAF on its Seoul-Paris route, using its Boeing 777-300ER aircraft as the testbed for this new blend of fuel.

Then, more recently, around three weeks ago, Ryanair announced it would use 40% of SAF in its fuel, with the rest being normal kerosene, which was the first step towards zero emissions.

Second-to-last, Turkish Airlines began flights with its sustainability-themed Airbus A321 in order to strengthen its seriousness behind the project.

Finally, around two days ago, United Airlines signed a sustainable aviation fuel deal with Neste for 52.5 million gallons of SAF to be used for its operations out of Amsterdam Schiphol Airport.

The timeline above represents one thing. The aviation sector is making proactive efforts to reduce its carbon emissions anywhere it can. And SAF is a big place to start in that respect.

This will hopefully be welcomed by environmentalists, who for years, have been aggressively protesting against air travel and the detriments it causes.

With the industry aiming to become net-zero by 2050, that is a big step, and of course, there is a lot of work to do, but proactive efforts are being made. And that is what matters.