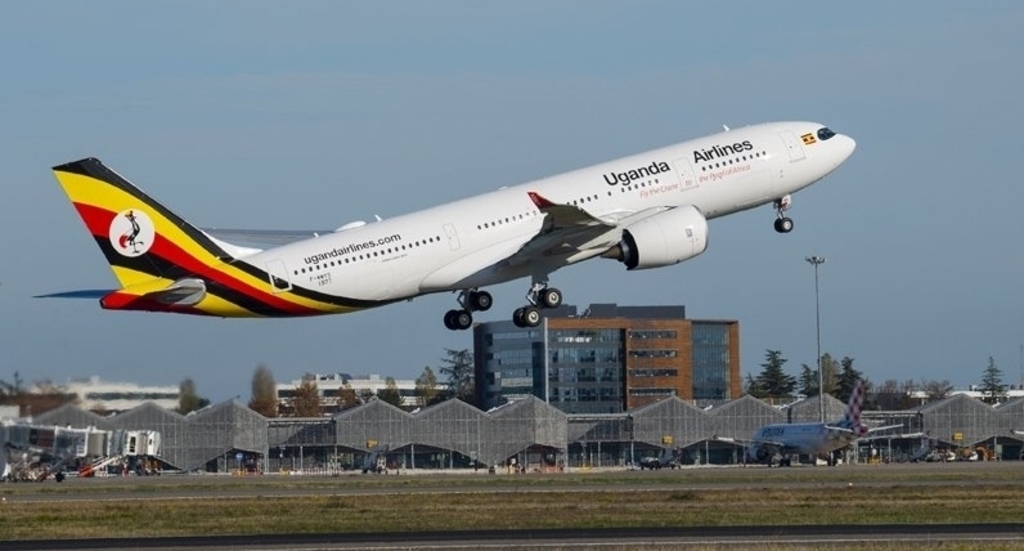 LONDON – Ugandan national carrier Uganda Airlines has announced that it has finalised a date of 18 October for its inaugural flight between Uganda and Guangzhou, China. The carrier expressed the joy while announcing this flight will be taking to the skies after it secured landing rights in China in late June 2022.

The newly announced service will be connecting Ugandan capital city of Entebbe with China’s economy powerhouse Guangzhou with 11-hour non-stop flight that will be operate with the carrier’s Airbus A330-800 aircraft.

The initial flying rights have enabled Uganda Airlines to operate a single weekly flight, with restriction imposed of destinations other than Beijing and Shanghai. Thus, the carrier strategically decided to add China’s economic powerhouse to its network, boosting business and tourists’ traffic across the sectors.

Speaking on inaugural flight announcement, Regina Tebasiima, Interim Commercial Director and Manager for Revenue Management at Uganda Airlines added that “We are way ahead along the track to launch of the service to Guangzhou. We can now speak with confidence that come October 18; the inaugural flight will take off.”

After spending months is preparation for the most awaited flight of the Uganda Airlines, the officials are now in process to clear remaining set of regulatory checks and operating the Uganda Airlines long haul sector spanning over 11 hours flight. The flight schedules have been designed strategically for complete utilisation of the fleets.

The outbound flight from Entebbe will depart shortly after midnight with arrival scheduled in Guangzhou, with two hours flight turnaround and ground time, the inbound flight will arrive from Guangzhou just before midnight the same day.

With intention to launch more international routes from Uganda, the carrier has been making efforts to develop a strategic flight schedule that will suit the carrier’s fleet and destination matrix.

“We are trying to stick to a 24-hour rotation in order to ensure the fleet will be adequate when we grow the frequency and also start the service to London” added Ms. Tebasiima, while addressing flight schedule choices for the new route.

Based on China Civil Aviation Commission (CAAC) guidelines that impose strict set of regulations, the inaugural flight will be labelled as proving flight between Uganda and China with only 60% load factor to be operated, thus allowing carrier to utilise 150 seats instead of total 258.

Hence the carrier has labelled this as a hybrid flight, proving CAAC regulations along with commercial operation with revenue seats occupied onboard. The inaugural flight will carry Ugandan Civil Aviation Authority inspectors, who will be monitoring the flight on both legs prior to issuing ‘Green Light’ for full flagged operation.

The regulation in place by the UCAA dictates all ‘home-registered’ operators to conduct such flights.

Despite aviation industry facing hurdles on its post-Covid recovery phase, Uganda Airlines has asserted that it is observing demand on this route. Although passengers need to face certain Covid-19 restrictions, including that of mandatory quarantine, the carrier has a promising demand from Chinese expats living in Uganda and Ugandan traders, who have shown support for this service linking both the nations.

Speaking on this point, Ms. Tebasiima said, “Of course, we would have loved it, if we were allowed to fly unrestricted but we have to appreciate the unique challenges the destination faces.”

Speaking on Uganda Airlines ambitious network expansion to London, Ms. Tebasiima said that “It is work in progress. We are looking at the six-month window between October and March 2023, as the definitive period, because at the bilateral level, the relevant government organs have covered a lot of ground.”

“At the airline, we have been proactive making sure that we tick all the relevant boxes,” explain further she said, the preparation of much awaiting Entebbe-London route are almost halfway with commercial operations in sight anytime between December 2022 and March 2023.”

Uganda Airlines has set its target to strategically expand its international as well as regional services. With new date set for Guangzhou and preparations almost done for the London route, the carrier has secured its place in the international market amongst its competing African carriers.