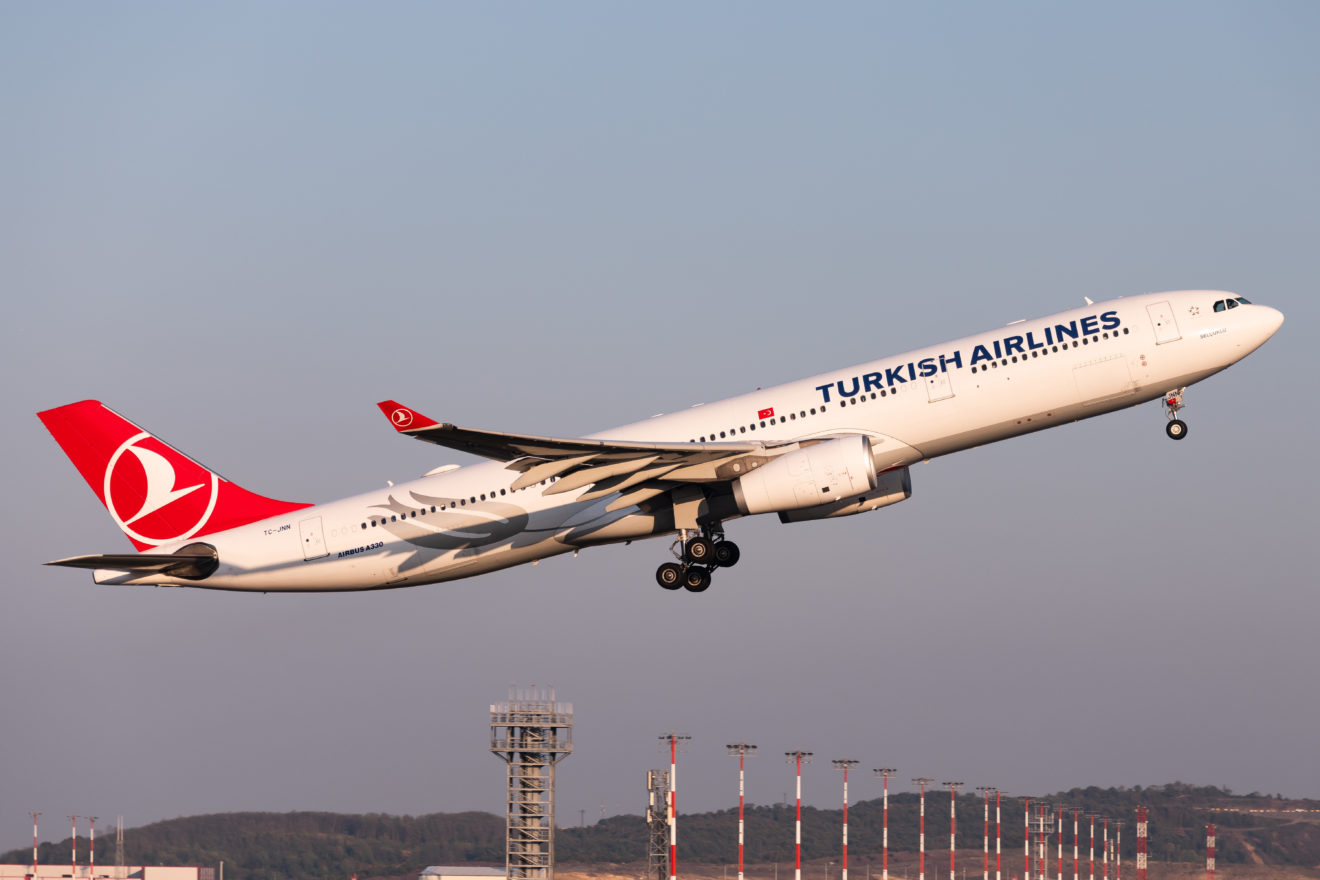 LONDON – Turkish Airlines has signed a lease extension with Voyager Aviation Holdings (VAH) for five of its Airbus A330-300 aircraft.

The five aircraft were originally on lease with VAH during 2016 and 2017 for an initial term of six years. Now that time has expired, this is why Turkish has signed an extension.

Commenting on the deal was VAH’s Executive Chairman Hooman Yazhari:

“We are very pleased to continue our valued partnership with Turkish Airlines and support the airline in its growth. Turkish Airlines continually distinguishes itself as one of the world’s most successful airlines.”

“The airline continues to expand its flight network, having already distinguished itself as the airline that flies to more countries than any other through its Istanbul hub”.

It is unclear which of the five A330-300s are under the VAH lease, as the airline has a number of -300s on lease already.

Turkish Airlines has over 300 aircraft in its commercial fleet and services over 200 destinations worldwide. The airline operates a mixed fleet of both Boeing and Airbus aircraft.

Operating with one of the world’s youngest fleets, flag carrier airline aims to increase its fuel-saving by enhancing its fleet with new generation aircraft.

The aircraft will join the fleet in 2022 and 2023, the airline announced in Istanbul on Wednesday but the carrier did not disclose officially any further information in its investor update.

According to Airbus circles, the deal covers aircraft from Aeroflot, which Airbus has recently already been unable to deliver to the actual customer due to the sanctions imposed on Russia.

Three of these aircraft are already completely finished – Turkish Airlines wants to take delivery of the A350-900s with the Aeroflot cabins installed.

Turkish Airlines has been growing substantially in recent months, especially with the announcement of new Seattle flights around three months ago.

The airline also performed relatively well in 2021, handling around 44.8 million passengers, with numbers expected to rise this year ahead of a busy Summer 2022 season.

For Turkish Airlines, the new lease extension represents a small part of the bolstering of its fleet portfolio to maintain the route network that it does.

In the coming months and years, the airline is due to receive a substantial number of long-haul aircraft that will provide further growth opportunities going into the future.

Looking ahead, it will be interesting to see whether the airline will order more aircraft, especially with sources stating that an order for Airbus A220s may be on the way to bolster its short-haul network as well.

Overall, the airline is definitely thinking on both fronts, and where the expansion will go next, is definitely hidden within the cards that Turkish Airlines has on its deck.