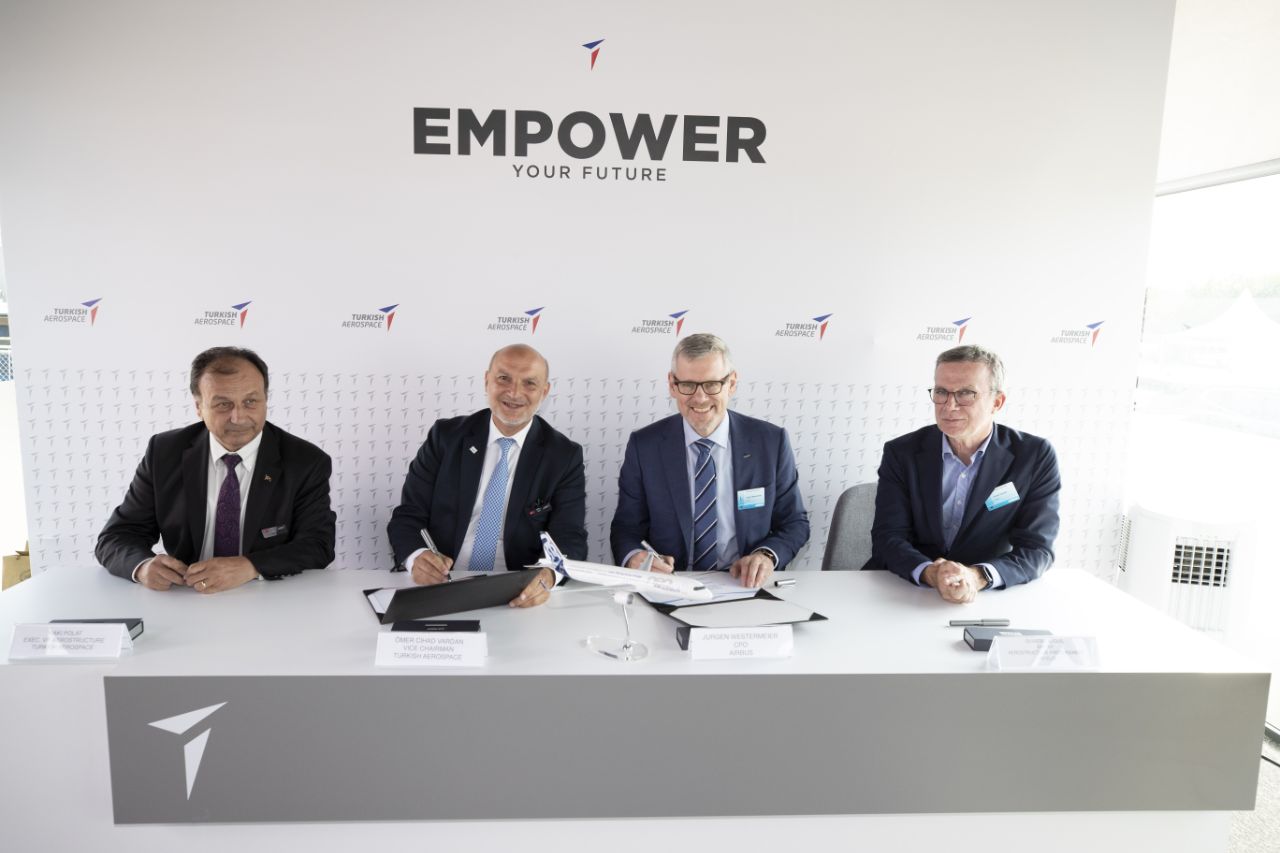 The first of the three new contracts that TAI have been awarded is for them to produce the Airbus A350 Freighter Barrier Wall starting in 2024 and will be for the entire programme’s lifetime.

The second of the new contracts are for TAI to join the Airbus A320 Family (A319neo, A320neo & A321neo) Section 18/19 Fuselage, which will begin almost immediately, and their third contract marked a new aircraft for TAI, the Airbus A220 and its Center Mid Lower Fuselage Panels which will start from 2023.

All of these new activities will be produced at the company’s 4 million square meter production facility that’s located in Turkey’s capital city, Ankara. The facility has over 630,000 square meters under the roof and nearly 13,000 employees.

The facility is also capable of full aircraft assembly, as seen in TAI’s military products, as well as flight testing and delivery.

Turkish Aerospace Industries’ Vice Chairman, Ömer Cihad Vardan, commented on their signing of the three new contracts with Airbus, saying, “We are glad to have signed such a great contract with our strategic partner Airbus.”

“I believe that the two companies’ close industrial collaboration will support the A320, A350F, and A220 programs’ performance, and affordability while furthering the longstanding relationship between Airbus and Turkey’s aerospace industry.”

Who are Turkish Aerospace Industries (TAI)?

Turkish Aerospace Industries (TAI) was founded back in 1973, which in June 2023, the company will celebrate its 50th Anniversary of operations.

They have been primarily seen in the military aviation space as being major manufacturers for many of Turkey’s military aircraft and UAVs.

Some of these are, the TAI Hurkus turboprop trainer, the T129 ATAK helicopter, the TF-X (The Turkish Air Force’s replacement to their aging F-16’s), the Anka UAV, Aksungur UAV, the T625 Gokbey multi-role helicopter, the Gokturk 2 satellite and finally their Hurjet light-jet trainer aircraft.

They also helped Airbus with the design and development of their A400M transport aircraft.

These new contracts for TAI are yet another big leap forward for the major Turkish aviation frontrunner and certainly signify how well-equipped their vast facility is, as well as showcasing their workforce’s experience.

It will be interesting to see if TAI win any other contracts from Airbus in the coming years ahead on their contracts and even the possibility of them stretching into other manufacturers, such as ATR, Boeing, Bombardier, or Embraer.