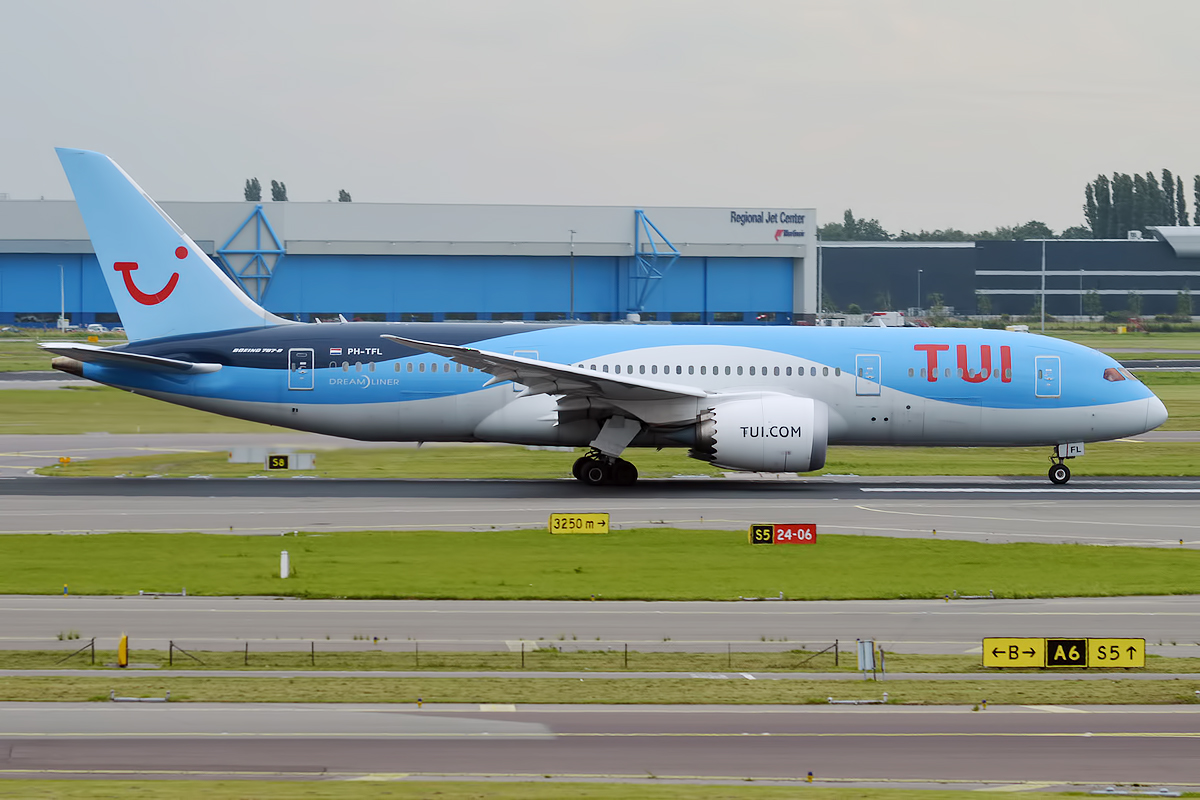 LONDON – A TUI fly Netherlands 787 had to make an emergency landing in Nantes on 11 February due to medical reasons.

The flight TB353, operated by Boeing 787-8 PH-TFL, departed from Brussels Airport for Cuba and was forced to land near the French city of Nantes.

After five hours spent on the plane, the 296 passengers were taken to the airport.

The plane skipped Havana and flew directly to Cancun at night after a new crew was brought in from Brussels.

The 787-8 took off normally from Brussels Airport at 08:00 in the morning. After less than one hour into the flight, when the aircraft was above France the pilots decided to divert to the local airport Nantes Atlantique.

“It is a flight to Havana and Cancun that had to land at Nantes in France because of a medical intervention,” TUI spokesman Piet Demeyere told Belgian newspaper HLN.

“Due to the loss of time, the crew will not be able to carry out the entire flight and the plane will therefore have to return to Brussels for a new crew that will only then start its shift.”

“There was a medical emergency that required a passenger to disembark. Apparently, that person was in serious condition. He was taken off-board fairly quickly and we waited for five hours” a passenger told HLN and VTM.

The 296 passengers disembarked around 16:00 and waited in the airport until another aircraft from Brussels could bring a new crew. The passengers had to stay on board because there were unvaccinated people.

To make things worse, the plane landed in Nantes with almost full fuel tanks and, because of security protocols, the landing gear had to be checked by an external technician, who was difficult to find.

Eventually, a TUI fly Belgium Boeing 737 MAX 8 registered OO-TMZ carried a fresh crew from Brussels and landed in Nantes at 22:00 as flight JAF898P.

Meanwhile, the 737 MAX 8 returned to Brussels with the initial crew as flight JAF990P.