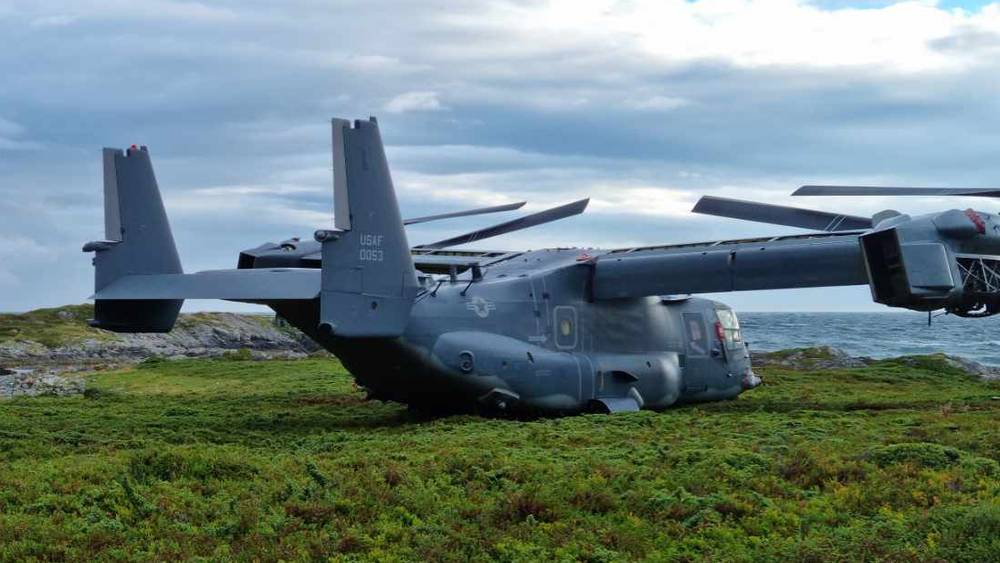 LONDON – The US Air Force Special Operations Command (AFSOC) fleet of 52 Bell Boeing CV-22B Osprey tiltrotors have been given the all-clear to fly again.

The aircraft that is used to support US special operations missions around the world had been under a safety-related grounding order from AFSOC Chief Commander Lt Gen Jim Slife.

This was due to two incidents of hard clutch engagement that had been reported during a six-week period of flight operations. Col. Rebecca Heyse – public affairs director for AFSOC said that prior to these two hard clutch engagements, there had only been two other reports of the issue since 2017.

It occurs when the clutch that connects the rotor gearbox to the engine slips before catching hard, in turn causing the aircraft to lurch. Emergency landings were carried out on the affected CV-22Bs, but no one was injured.

Aircraft serial 10-0053 assigned to 7th Special Operations Squadron ‘Aircommandos’ and based out of RAF Mildenhall in Suffolk UK, was forced to make an emergency landing in Stongodden nature reserve on the Island of Senja, in Norway.

The aforementioned aircraft is proving difficult to be able to coordinate repairs due to the environment it is stuck in.

Although the Norwegian Armed Forces are exploring multiple options alongside the US authorities to be able to rescue the aircraft, it is thought to be a very difficult proposition due to the nature of the land on which it is stuck.

Considerations will have to be made for the nature reserve, and efforts will need to go into not disturbing the terrain on which it is parked.

Solutions such as lifting the aircraft onto a barge have been suggested, but rescue operators would need to overcome the problem of a barge being able to get close enough, given that the coastal water in the area is shallow and not conducive to rescue by water.

The aircraft cannot be dismantled on-site due to the potential for the aircraft to become unbalanced and tip over – damaging both the surroundings and potentially a safety risk to those doing the dismantling.

Norway’s nearing winter is also set to be another potential problem for the rescue mission. This is on top of the tough terrain, low coastal waters, and the requirement to protect the surroundings on which it sits.

All this adds up to suggest that any recovery costs of this aircraft may become rather expensive.

AFSOC has not been able to identify the root cause of the hard clutch engagements as of yet but is working hard towards solving it. In the short term, they have implemented new mitigation guidelines to deal with the problem.

The mid-term solution appears to be replacing specific components of the drivetrain once they have completed a certain number of flight hours.

But as with all aircraft safety concerns, the longer-term solution has to be around identifying the root cause of the hard clutch engagements and eradicating it completely to ensure the safety of those onboard.