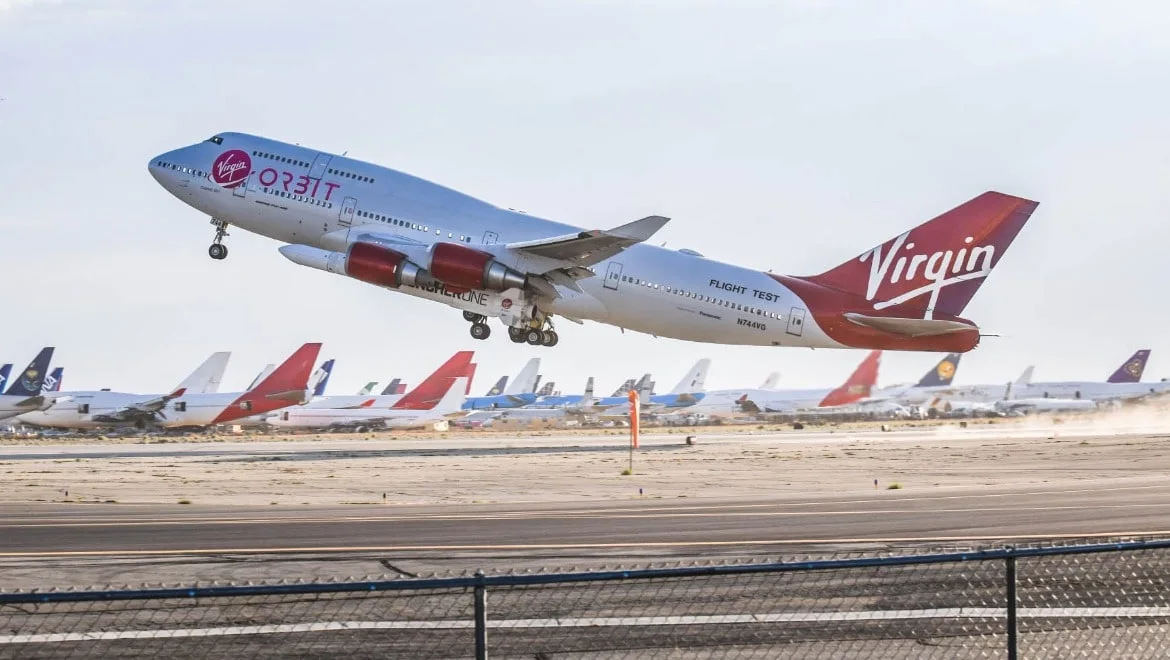 LONDON – Australia’s Toowoomba Wellcamp Airport has been selected as an operational base for Virgin Orbit’s satellite launch program, the LauncherOne System.

Virgin Orbit, a leading space launch provider, announced today that it has signed a Memorandum of Understanding (MOU) with Wagner Corporation, one of the region’s most successful privately-owned companies and proprietor of the Toowoomba Wellcamp Airport and Business Park in Queensland, Australia.

Orbital tests at Toowoomba Airport in 2024

The newly forged agreement will see the two companies begin work on the development of an Australian national space launch capability. The Toowoomba airport will move towards becoming a certified spaceport.

Virgin Orbit have been testing the use of a Boeing 747 aircraft as a lift body for the LauncherOne System, and a demonstration flight, involving an orbital launch, is proposed from the Queensland airport of Toowoomba as early as 2024.

Combining the regional expertise from Wagner Corporation and the space launch and mission expertise from Virgin Orbit, this collaboration will focus on tailoring the LauncherOne operations from Toowoomba Wellcamp Airport to comply with Australian launch licensing regulatory requirements and spaceport-specific operations.

The roadmap will seek to lay out the steps required to enable the first flights of LauncherOne to occur from Australia in as soon as 16-18 months.

“At Virgin Orbit, we look to a day soon when satellites fly to space from Australia,” said Virgin Orbit CEO Dan Hart. “We’re thrilled to be working alongside Wagner Corporation, one of the region’s most successful privately-owned companies, to bring the first national orbital launch to Australia.”

“Combining their deep knowledge of infrastructure development and affinity for aerospace with our proven, responsive LauncherOne system, we have all the ingredients to bring spaceflight to Queensland.”

“Wellcamp Airport and Business Park is on track to becoming one of the most sustainable carbon neutral destinations internationally.” Virgin Orbit will join Boeing and other international companies as part of Wellcamp’s new world-class, Aerospace and Defence Precinct and Campus, with Stage 1 due for completion by the end of 2024.”

“Attracting global companies such as Virgin Orbit is recognition of the strategic advantages that Wellcamp Airport and the Aerospace and Defence Precinct offers, and we are looking forward to a long and prosperous relationship.”

Australia has played an integral role in virtually every deep-space mission NASA has flown, going back to 1957 when it provided tracking facilities at Woomera. Since then it has provided vital communications links, by virtue of its geographical location.

The Canberra based Parkes telescope was responsible for relaying to the watching world the sight and sound of Neil Armstrong taking his first momentous step on the moon.

The latest announcement for the development of Toowoomba as a national spaceport raises the stakes for Australia’s national space program initiatives.