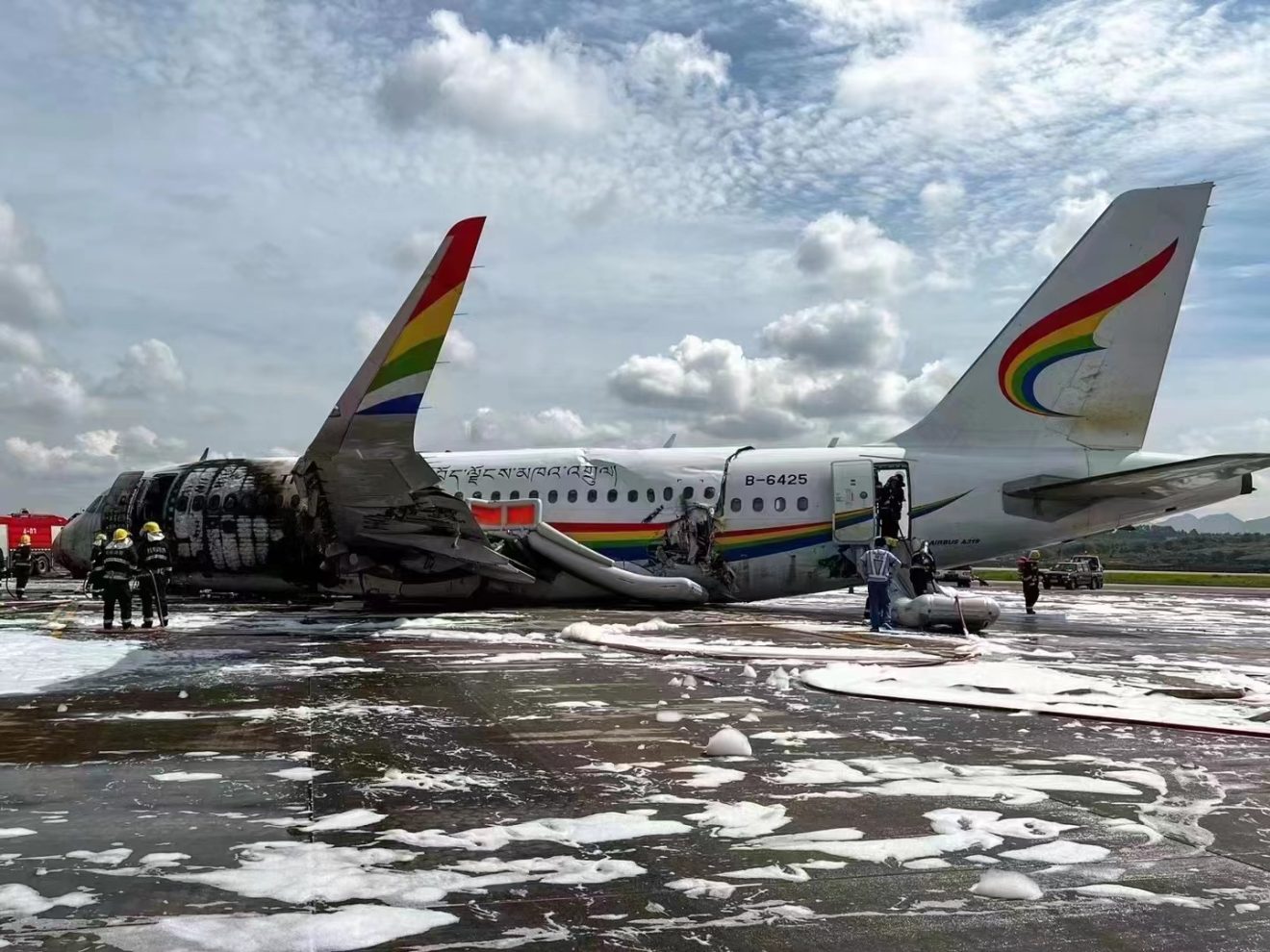 LONDON – A Tibet Airlines Airbus A319 caught fire during departure from Chongqing Airport this morning, before veering off the runway.

It is understood that all 113 passengers and 9 crew have been evacuated safely, with social media footage showing the aftermath of the blaze.

TV9833 was supposed to be a routine flight between Chongqing and Nyingchi, a flight that normally takes just under three hours to operate.

It is understood that the aircraft veering off the runway caused both engines and the undercarriage to separate too.

This is a developing story and will add more as soon as we get it.