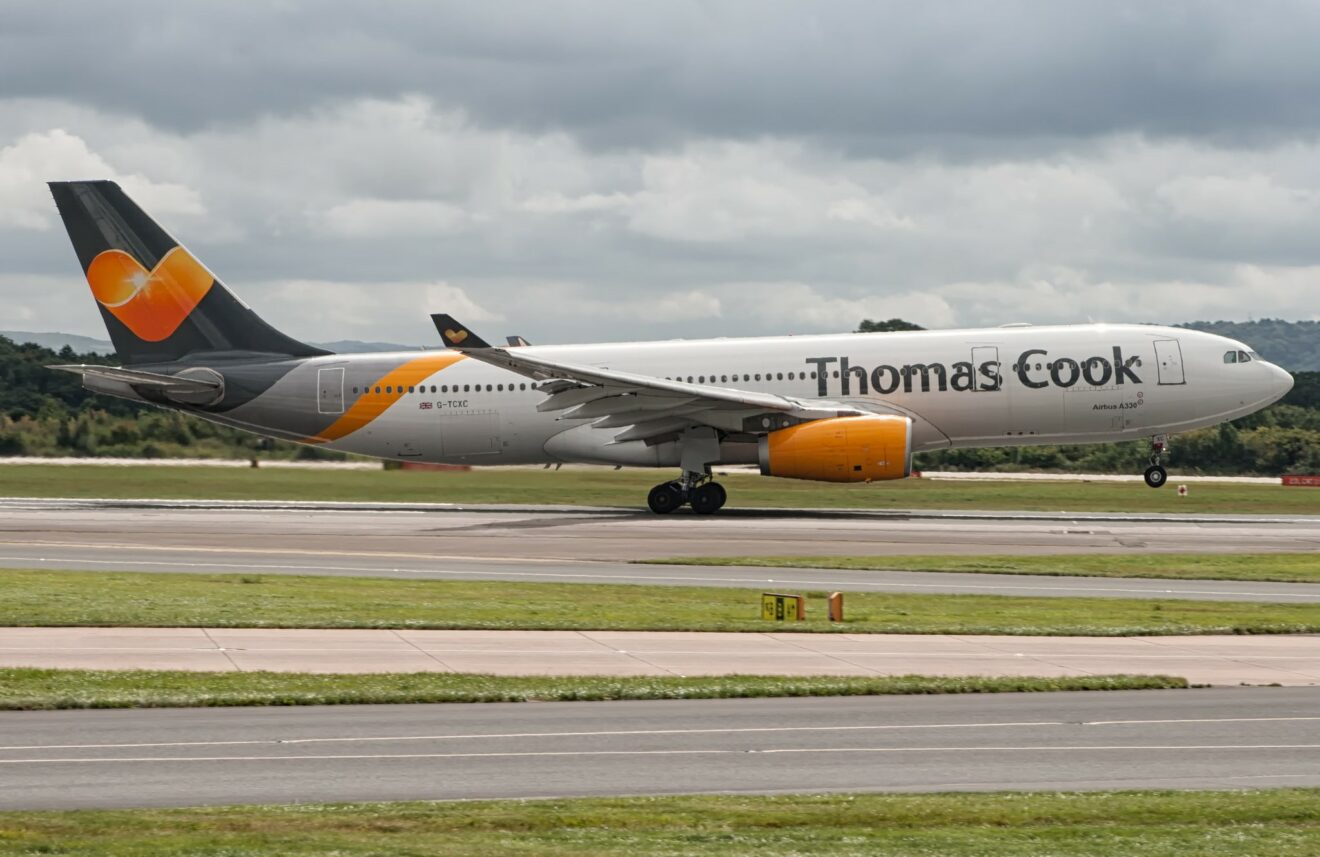 Let’s take a look at the history of the airline from the start, all of the ways to its unfortunate ending.

Thomas Cook Airlines used to be a massive staple in the UK travel industry and will always be missed, especially its airline.

From Start to Finish…

Thomas Cook Airlines started out in September 1999 as JMC Air Limited, which was a result of a merger between Flying Colours Airlines and Caledonian Airways.

Operations of JMC began in March 2000, starting out with six bases in the UK. By 2003, the airline rebranded into Thomas Cook Airlines.

The Group continued to grow, especially in 2007, when it merged with the MyTravel Group to eventually become the Thomas Cook Group, meaning that MyTravel Airways came to an end.

By 2013, the group grew even larger as the Belgian, Scandinavian, and German (Condor) subsidiaries came together to form the Thomas Cook Group Airlines.

And then six years later, it all came crashing down when the airline entered compulsory liquidation following money troubles, despite generating a net income of £103 million in 2018.

For many in the UK airline industry, this was a shock, given the fact that the airline had four years of continuous growth when it came to passenger numbers.

Under the direction of CEO Peter Fankhauser, passenger numbers grew from six million to eight million between 2014 and 2018. Within that period as well, the airline only generated a negative net income once.

The last flight to ever depart from the carrier was MT2643, which was a long-haul flight between Orlando and Manchester. By November 2019, the air operator’s certificate was revoked.

The bankruptcy of this carrier resulted in what has been the largest passenger repatriation effort in UK history, following Monarch Airlines’ demise in 2017.

Around 165,000 passengers were repatriated by the UK Government at a cost of £100m to the taxpayer, which surpassed the numbers of the Monarch bankruptcy by 65,000.

Such efforts for this repatriation took around two to three weeks to complete, with various airlines around the world being chartered in to bring passengers home to the UK.

On top of that, 21,000 people lost their jobs, 9,000 of which were based in the UK, meaning that around 12,000 staff had to be repatriated too, especially if they were reps originating from the UK.

It remains clear that Thomas Cook Airlines was a staple of the UK airline industry, and will forever be in the history books for its meteoric rise at the time, as well as its subsequent downfall.

Carriers such as TUI and Jet2 now occupy this space nowadays, but it also showed how competitive the market was back then, especially with Monarch being in the picture at that time.

Even so, three years is a long time, yet it feels like it was yesterday. With the brand now dealing with business purely as a travel agency, will the airline ever return?