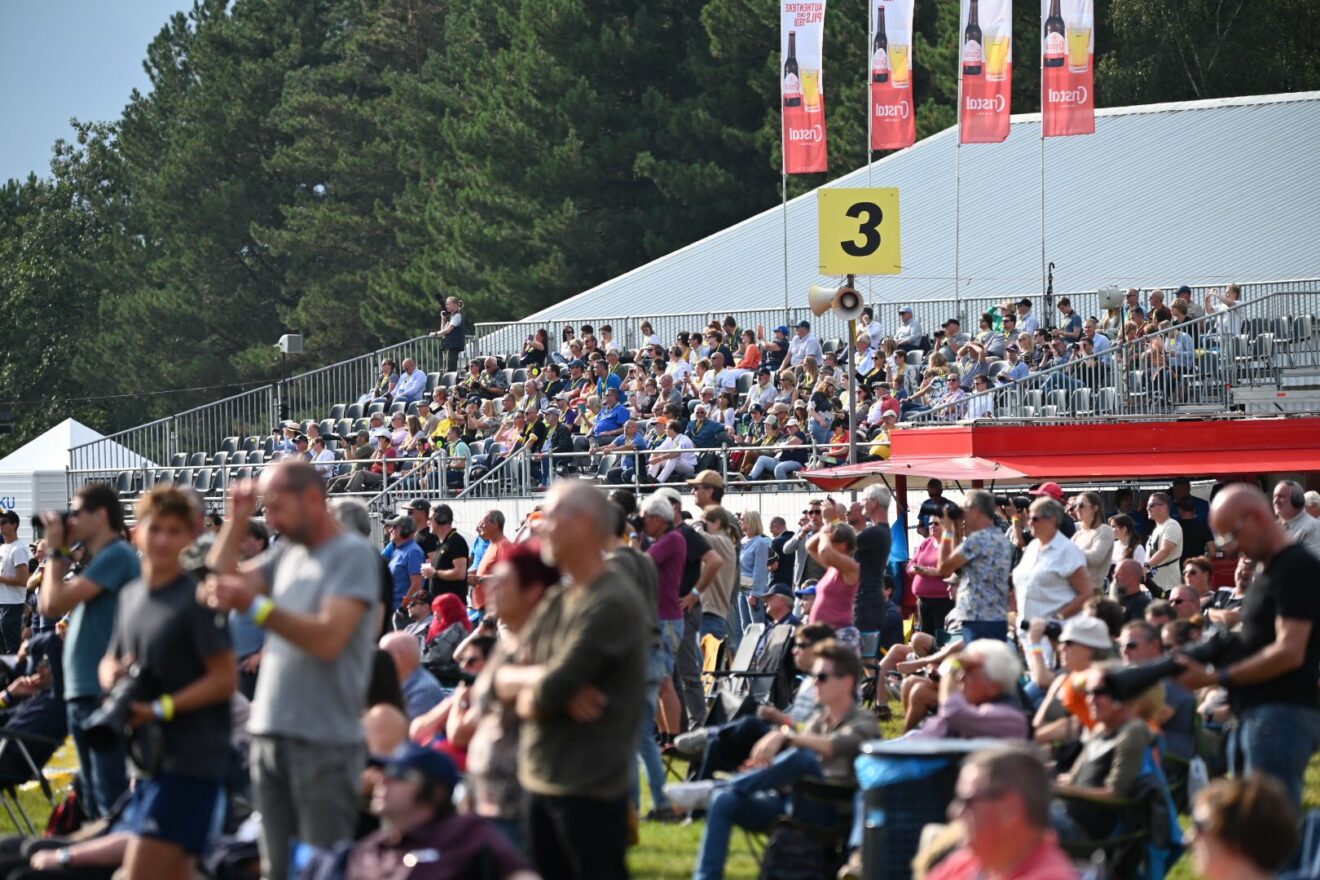 LONDON – From Saturday to Sunday, the world-renowned Sanicole Airshow will take place. The show itself described it as one of the most rewarding airshows in Europe.

This year’s Airshow will be the 43rd, with the first one taking place in 1977. The airshow has counted over 40,000 visitors every year over the past years.

This year, our photographers Arash Abed, Emil Bree, and Joris Wendt will attend the event in Limburg, Belgium.

This year, the airshow is celebrating the 75th anniversary of the US Air Force, which was founded on September 18th, 1947.

On the website, the organizer states that: “On the occasion of the anniversary of the most powerful Air Force in the world and a very loyal partner of our International Sanicole Airshow, we are thrilled to present a number of airplanes both in a static and flying display which will honor the history and the future of the USAF.”

On Saturday, the first day of the show, the airshow will host some of the world’s most famous flying teams. The Turkish Stars, the Saudi Hawks, and the F35 lightning display team are just three of the 15 flying displays that can be experienced on Saturday.

Other confirmed displays on Saturday will be:

On Sunday, there will be over 30 displays with a variety of different aircraft and display teams.

This will definitely make for a weekend full of fun spotting activities. For more information check out the website of the airshow.
We’re excited to see your results!