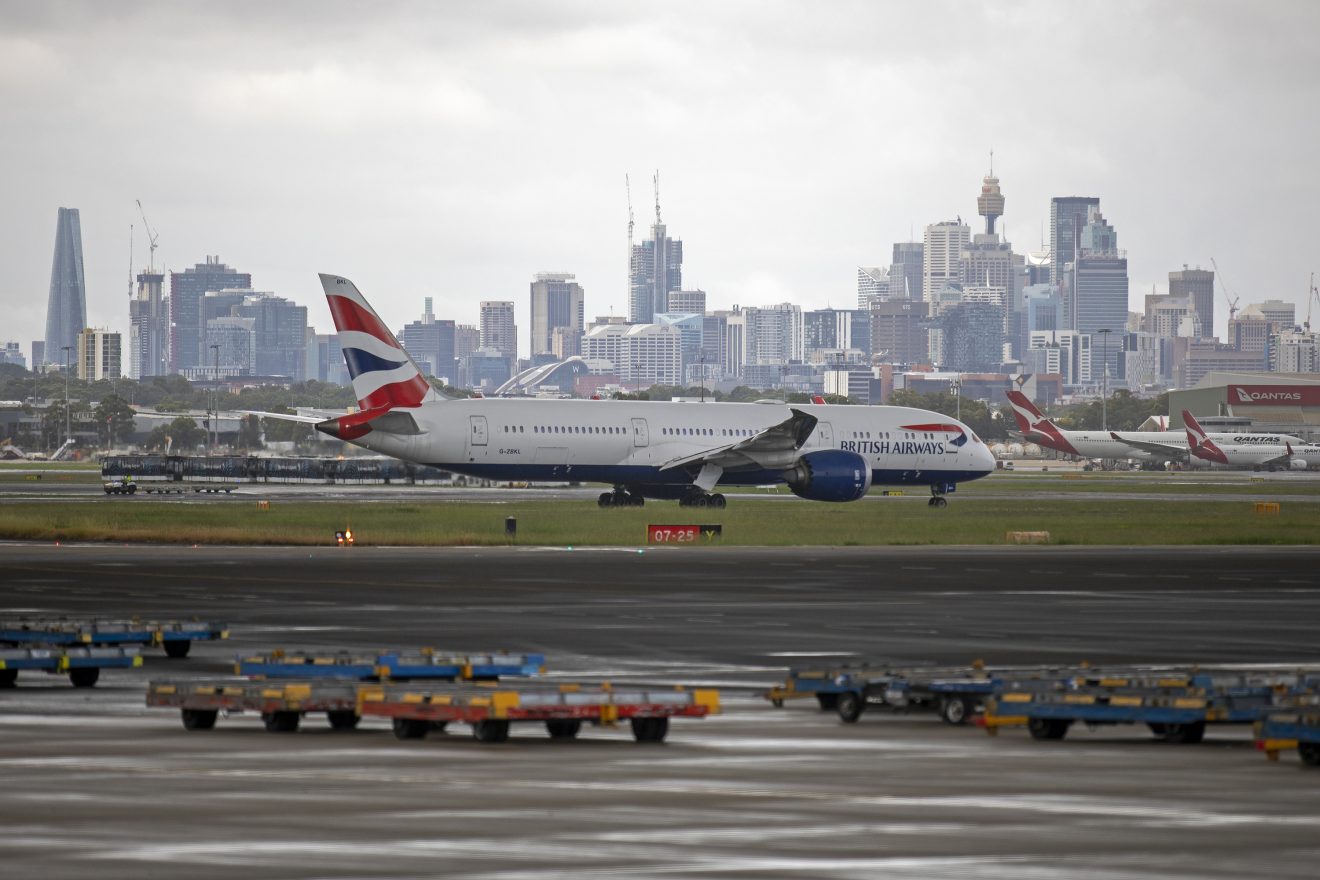 SYDNEY – Today marked the return of British Airways to Australia as a Boeing 787-9 Dreamliner made the journey from London Heathrow to Sydney Kingsford Smith.

The Two-Year Wait Is Finally Over…

The historic ‘Kangaroo Route’ has been missing from our skies for nearly two years as Covid took hold of the industry, and since the turn of the century, the presence of British Airways in Australia has gradually reduced, as from 2006 they disappeared from Brisbane, Perth, Adelaide, and Melbourne.

Even here in Sydney, the once double-daily 747 flights were gradually reduced to a single 777 daily, which until the pandemic was the only BA flight Down Under.

For two countries whose histories are so entwined in each other, to not have British Airways around was almost unthinkable but the advent of codeshares, alliances, and a desire to send their fleets elsewhere posed a real threat to the Sydney route.

As airlines turn to more fuel-efficient aircraft, it is great to know that BA sees a market in Australia with the Dreamliner, the first time BA has sent the type to Sydney.

Before the pandemic, speculation was rife that BA was looking into returning to Melbourne as Tullamarine was added to their Onboard Airport Navigation System; not something that usually happens unless they are seriously looking at the route.

BA Expansion of Australia On The Way?

In addition to this, British Airways recently opened their Executive Club frequent flyer memberships to residents of Australia, something not available since 2003.

As mentioned, just three years later they were only flying to one Australian location. Could the return of this option mean that other Australian cities are close to returning to the BA route map?

With a fleet of both Boeing 787’s and Airbus A350s in BA colors, the long-haul and ultra-long-haul market is something that they will have the ability to enter.

As Qantas pursue Project Sunrise with the A350 having carried out route-proving flights in 2019 from London Heathrow and New York JFK direct to Sydney, what a fillip it would be to British Australians (such as myself) as families who are split between the two countries can have a choice between their national carriers to go between their home nations.

Wouldn’t it steal a march on Qantas if BA were to launch LHR-MEL direct before Qantas announces the beginning of its own ultra-long-haul routes?

Let us not forget that Qantas have already used their Dreamliners on the Perth to London route, currently flying QF1/QF2 via Darwin until Western Australian borders and quarantines are in line with the rest of Australia.

The precedent is there for BA, and Melbourne direct from London would be a great statement of intent and an illustration that BA is willing to innovate; a perception perhaps lacking since the days of Concorde.

Sir Richard Branson’s Virgin Atlantic seemed to revel in poking fun at BA’s expense with slogans on their aircraft, such as  “No Way BA/AA” or the innuendo-laced “777 v A346: Mines Bigger Than Yours” or “Concorde: BA Couldn’t Keep It Up”.

Given that Virgin Atlantic pulled out of Australia in 2014, should BA announce a Melbourne route it would be amusing to see them aim back with “BA vs VS: We Last Longer”. Not that they ever would!

Today’s return to Australia could not have been more of a “welcome home” for the British crew; the rain was falling, the skies were grey and the ceremonies were understated and not at all over-the-top.

The “Speedbird” callsign has been missing from Australian skies for too long, and as we gradually get back to normal the once self-proclaimed “World’s Favourite Airline” still has many options across the planet.

For Australia, Sydney is a great place to start, but you can’t help but feel other Australian cities with large numbers of British ex-pats are left saying “Where the bloody hell are ya?!”

Your move, British Airways. Welcome back.

Ukraine Crisis: Emirates To Continue Flights into Russia
Flynas Wants To Order 250 Aircraft As Part of Its Strategic Makeover
Comment