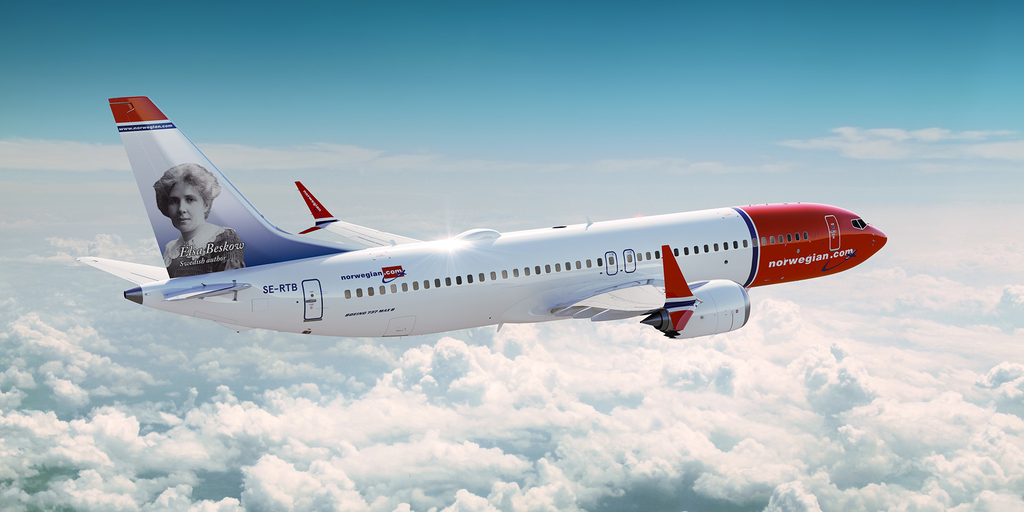 LONDON – After months of consideration, the Norwegian-based Low-Cost Carrier has come to an agreement for 50 new Boeing 737-8 MAXs. The airline will be greener and leaner.

Under the purchase agreement between Norwegian Air Shuttle ASA and Boeing Aircraft, it states that the airline has ‘re-committed’ to buy 50 efficient narrowbody Boeing 737MAX 8 aircraft. Moreover, the condition also states that 30 aircraft will be included as options on top of the 50 MAXs ordered.

The orders are expected to be delivered slated between 2025 and 2028. By the end of this decade, Norwegian will become one of Europe’s cleanest and greenest airlines, with most of its fleet, if not all, operating the Boeing 737MAXs.

Svein Harald Øygard, Chair of the Board of Norwegian said: “This is a landmark deal that sets out a path whereby Norwegian will own a large share of its fleet. This will result in lower all-in costs and increased financial robustness, enabling us to further solidify our Nordic stronghold. The deal also allows us to serve our customers with state-of-the-art aircraft that can run increasingly on sustainable aviation fuel.”

Norwegian Shuttle ASA intends to improvise its cash flow balance prior to the delivery payments. This will strengthen the airline’s financial status upon receiving the new MAX and is ready to begin its operations right away. In fact, the company predicted that it will achieve a net gain of $200,000,000 USD.

This is an impressive number upon the delivery of the aircraft from Boeing. This achievement is an impressive milestone since the pandemic, and this estimation at least shows a positive trajectory for the airline’s future.

The new MAX variant is 14% more fuel-efficient than its predecessor, the 737NG (New Generation). This is significant, as this steers the airline to achieve its 45% reduction of carbon emissions by the year 2030.

Not only will the MAX aircraft help the airline to achieve its environmental consideration, but this new order agreement signals a healthy signal that the airline is optimistic about its future plans.

The pandemic forced the airline to focus its operations beyond Europe, and unfortunately downsized the fleet of its long-haul 787-8 and 787-9 operations. With Norwegian focusing on its European operations, one can now say they are doing something right, as we could see the airline ordering the MAX in impressive numbers.

Despite the aviation industry riding through headwinds, this new order from the airline gives a somewhat positive light to the industry – that there is still room for expansion, given its business model proves righteously.