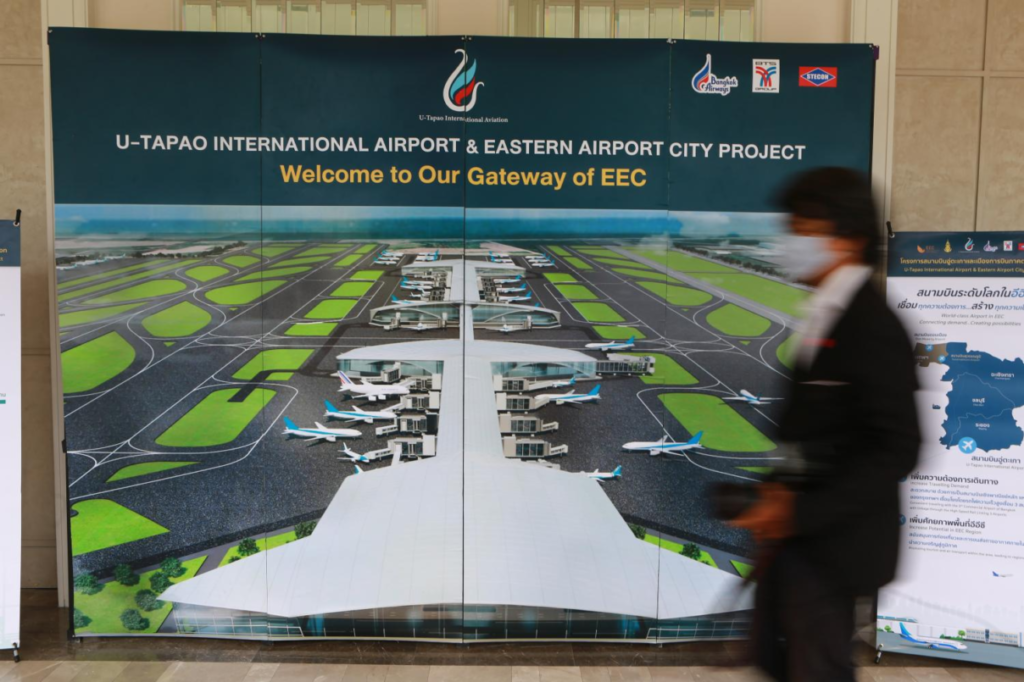 LONDON – The cabinet yesterday approved the allocation of 408 acres of land in the Thai province of Rayong and Chonburi, to create a free-trade zone within the designated Eastern Economic Corridor (EEC).

This allocated piece of land will be an Airport City, catering U-Taphai Airport, which will serve the city of Rayong, Sattahip and Pattaya, and will also form Bangkok’s third airport in addition to Suvarnabhumi Airport and Don Mueang Airport. This bid is to woo both foreign and Thai investors.

Thailand’s Prime Minister Prayut Chan-o-cha stated that the new free-trade zone will unlock many red tapes that foreign investors have faced in the country and large numbers of regulations, and laws will be waived in the conducting of business in such areas.

Getting to Know U-Taphao International Airport

U-Taphao International Airport is slated to become Bangkok’s third airport and will also service the eastern Region of, Chonburi, Chachoengsao, Rayong and the city of Pattaya.

U-Taphao Airport, however, already existed, in the capacity of a small regional airport catering to local routes, to Chiang Mai, Phuket or Khon Kaen, and charter flights from Russia, China, Korea and India.

The Thai government and the Royal Thai Navy, the owner of the land aim to utilise the unused land to create a hub airport, with a capacity of 40 million passengers.

As Suvarnabhumi Airport (Bangkok’s main airport) exceed its capacity of 60 million passengers pre-Covid, the justification for having a third airport is becoming viable, as well as the city’s secondary airport Don Mueang also operating over the limit in the same year.

The U-Taphao Airport project is in line with the Thai government to create a high-value economic cluster in the mentioned region and hopes that traffic at the airport comprises business people and tourists.

Disregarding Covid19, passengers using the airport at this time in Thailand are locals, and tourists going to the Islands in Rayong and the city of Pattaya.

Tourists are mainly from Russia, China and East Asia. Airlines who have used this airport are Russian Charter airlines, such as S7, Nordwind, Rossiya, UT Air, Transaero and Ural Air.

Qatar Airways, in fact, did launch a flight direct from Doha to U-Taphao in 2018, with the Boeing 787, but rolled back capacity with the A319 instead and the route was flown via, Rangoon, Myanmar. The resurrection of this route is still unknown due to Covid.

Looking at the picture above shows a very ambitious plan indeed. One would scratch their heads as to why such a large airport is being built at this time in Thailand, with the bells and whistles that could compete with that of Suvarnabhumi Airport.

Airlines that could possibly be based at the airport are low-cost airlines, namely Air Asia, Thai Lion Air and Thai VietJet, and fly point-to-point routes within Thailand and South East Asia.

Whilst International carriers that could fly into this airport are low-cost airlines from China and India, as these two countries make up the largest tourism market in Thailand.

All in all, the new airport city will lure investors to invest in Thailand, especially in the aviation sector. This will boast the Kingdom’s aviation ecosystem and competitiveness after all.

The ambitious airport master plan will also cater to the growth in the presumed boom of business and population in the region, as at the present time in Thailand, the government is giving incentives for businesses to relocate to this region.