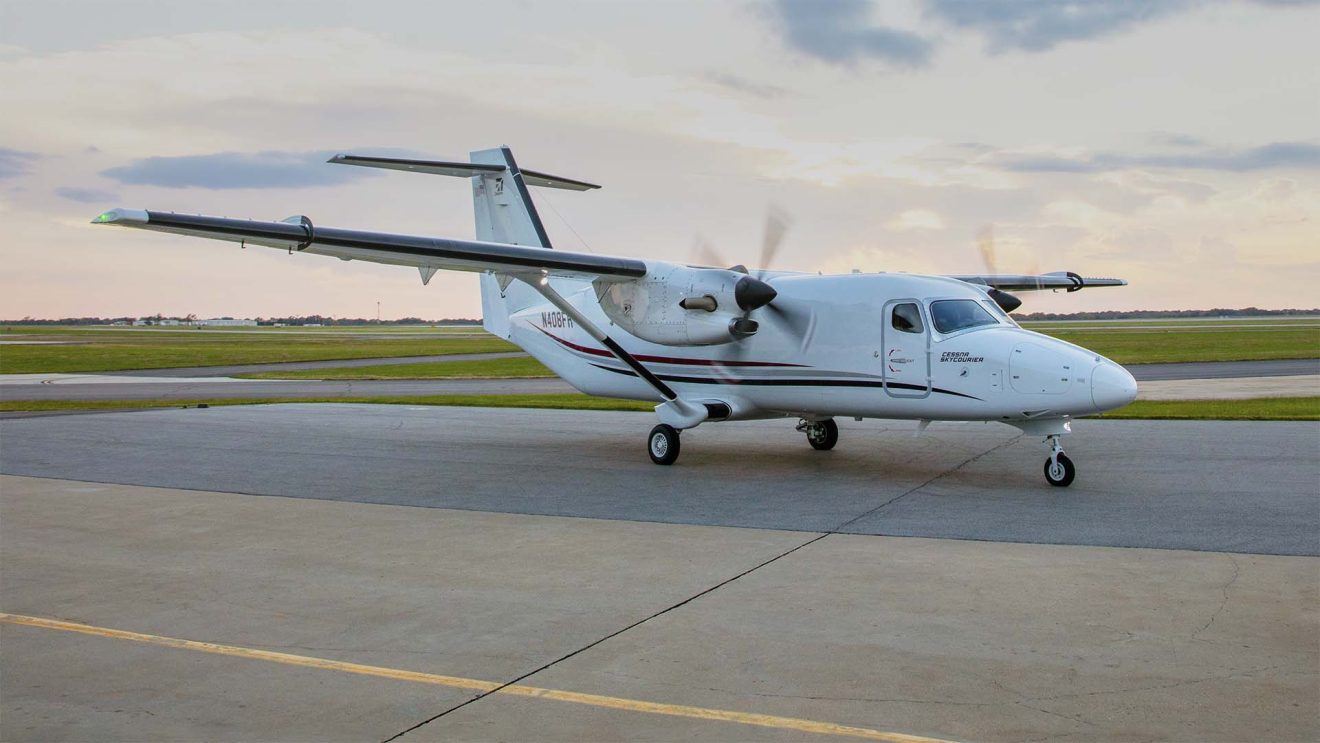 LONDON – On May 9, Textron Aviation, the U.S.-based company that runs the manufacturing of Cessna and Beechcraft aircraft, celebrated the delivery of their first Cessna SkyCourier aircraft.

This new delivery marks a major milestone for those teams at Textron Aviation and Cessna as it is the first Cessna 408 SkyCourier to be delivered to a customer, specifically, their launch customer FedEx Express.

The new aircraft is the first of 50 that FedEx has on firm order and is registered as N408FE, an American registration, and a fitting registration for the aircraft’s model number being a Cessna 408.

The aircraft will also be destined to be used in FedEx’s Feeder division, which primarily uses their current and the new 408’s older brother, the Cessna 208B Super Cargomaster of which they currently operate 235 of the type.

“FedEx took delivery of its first Cessna in the mid-1980s, and the two companies have had a collaborative relationship over the four decades since.”

“We’re thrilled to deliver this aircraft that will help FedEx serve its customers more efficiently as it is designed with the option to carry industry-standard prepacked cargo containers.”

“We believe many other air freight, passenger, and special mission operators also will benefit from the winning combination of low operating costs and unparalleled lift capacity that the new Cessna SkyCourier brings to the market.”

“For nearly 50 years, FedEx has been known for being flexible and innovative in finding solutions for our customers, and this aircraft will help us better serve small and medium markets where we aren’t able to operate our larger aircraft.”

“The SkyCourier will make us more efficient, now being able to move containerized and palletized freight for our customers.”

Struminger also mentioned the fact that the new Cessna 408 SkyCourier will modernize their fleet:

“The result of four-and-a-half years of collaboration with Textron Aviation on this aircraft, FedEx Express is excited to add the Cessna 408 SkyCourier as part of our fleet modernization program.”

The Cessna 408 was originally announced back in November 2017 with what was then a planned introduction that was due for 2020, however, due to the length of time it took for them to run through the rigorous testing program and certify the aircraft, certification from the FAA (Federal Aviation Administration) was not granted until March 2022.

Not only is the Cessna 408 cargo capable with the SkyCourier variant, but there is also a 19-seat passenger variant that has separate crew and passenger entries for smooth boarding.

The aircraft is a high-wing, twin-engine turboprop that is powered by two wing-mounted Pratt & Whitney PT6A-65SC turboprop engines that feature the McCauley Propeller C779.

The C779 is a 110-inch aluminum four-blade heavy-duty propeller that allows for full feathering and reversible pitch movement to complement the aircraft’s performance for transporting larger loads.

Specifically, the SkyCourier variant had its design heavily influenced by FedEx as part of their innovation programs to better serve their customers and put them one step ahead in a very competitive and rapidly growing air cargo market.