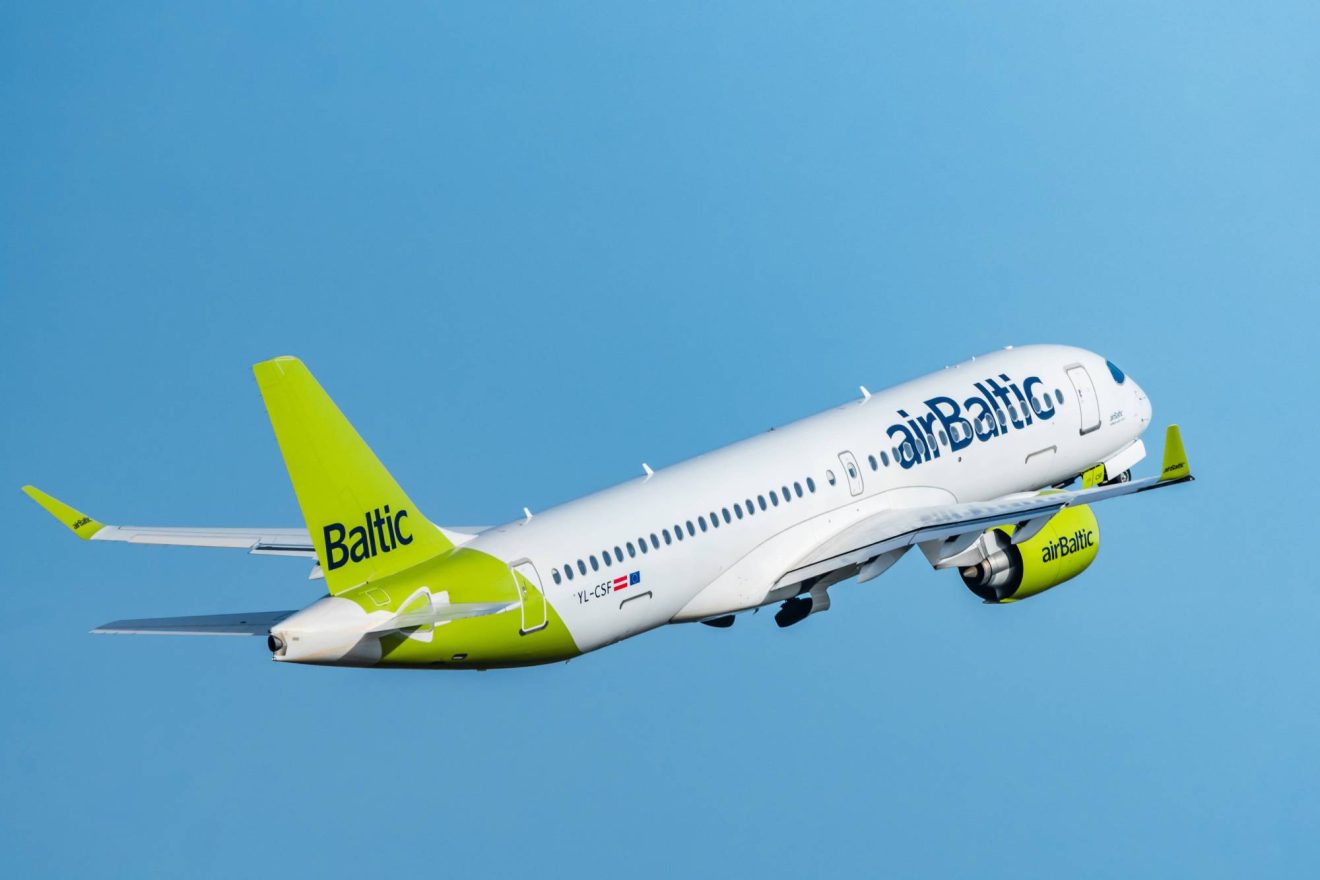 LONDON – Swiss International Air Lines (SWISS), the flag carrier of Switzerland, has given the nod to a collaboration with airBaltic of Latvia this upcoming winter. The collaboration will expand the airline’s network schedule and better serve the ever-growing European market.

The upcoming collaboration will also ease the workload of the cabin attendants for the airline. The agreement will see airBaltic flying 6 ultra-modern A220-300 aircraft on SWISS’ behalf under a wet-lease arrangement. Spotters based in Zurich will now see more airBaltic tails than usual.

The A220-300 is known to be one of the most capable regional workhorses in the world. The A220 is also a very environmentally friendly aircraft, and can shave-off carbon emissions significantly compared to Swiss’s predecessor of the A319s and Air Baltics 737s.

The A220-300 can seat up to 145 passengers comfortably with a unique seating configuration of 2-3, this makes a perfect capacity for intra-European flights. SWISS also operates 21 A220s and is extremely familiar with the aircraft, and the additional 6 aircraft coming to the fleet will not be a surprise nor a challenge.

The additional aircraft from Air Baltic will fly on already existing routes that SWISS is flying, but at a greater capacity.

SWISS Chief Commercial Officer Tamur Goudarzi Pour commented on this agreement: “This collaboration with airBaltic will enable us to further stabilize our own flight schedules and give our customers even greater reliability for making their travel plans.”

“On top of this, it should also help further relieve the present pressures on our cabin crew corps.”

Despite being a wet-lease and adding extra capacity through ‘outsourcing’, Swiss International Air Lines is also to recruit new staff and increase their in-house manpower irrespectively. The latest round of collaboration between SWISS and airBaltic is seen as a welcoming move and rather complementary to the already existing subsidiary of Helvetic Airways.

Helvetic Airways, being a regional arm for SWISS is already flying 6 routes for SWISS on a year-round basis. Helvetic’s fleet is always on standby to complement the demand spill over..

Passengers flying on SWISS flights will be operated by Air Baltic as part of the wet-lease agreement. Despite being an airBaltic jet, the Swiss flag carrier can expect the same level of service.

Goudarzi Pour, SWISS CCO stated “airBaltic is an ideal wet-lease partner for us. Like us, they operate the highly advanced, innovative and eco-friendly Airbus A220-300. And they have already performed flights for other airlines of the Lufthansa Group this summer with impressive reliability.”

Swiss International Air Lines is the carrier and is under the Lufthansa brand. The carrier is one of the most efficient airlines on the continent and connects travellers from all over the world through its hub in Zurich and selected destinations in Geneva.

Latvian airline airBaltic has been in the spotlight recently with news that it has been forced to ground six of its 36-strong fleet of Airbus A220 aircraft as a result of an ongoing spare parts supply problem.