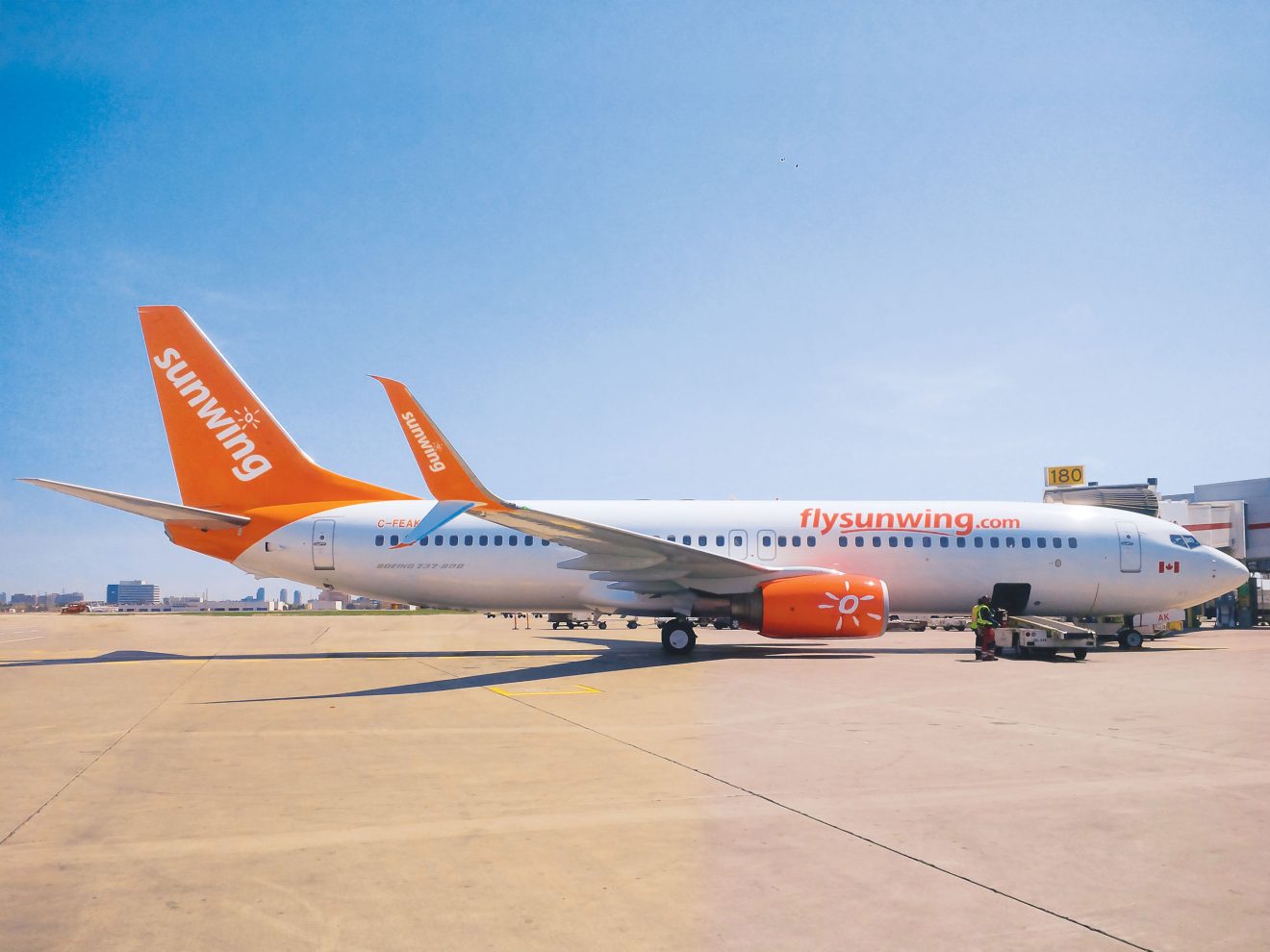 The major security breach has resulted in aircraft being grounded and the carrier having to manually check passengers in for their respective flights.

In a statement, the carrier said the following about the disruption that happened on Wednesday night going into Thursday morning:

“Our teams have been working hard to get more planes off the ground today. Between manual check-ins and sub-chartered aircraft, 26 planes have departed so far today with another 6 expected to depart tonight.”

Canadian Carriers Come to The Rescue…

It is understood that the likes of WestJet & Air Transat have come to the rescue to help ease such a backlog of passengers and get them home safely.

Such passengers have been blessed with support from the two carriers, especially with Sunwing’s contact pages & social media being very quiet during the situation.

Air101 notes that “the contact pages ‘sunwingcares’ seems to be a complete misnomer in light of its current situation.”

The data provider for Sunwing, Airline Choice, was the company that had become affected by the systems hack which ultimately was passed onto Sunwing.

It does appear that this has become a costly security infringement for Sunwing, especially with many passengers being affected.

Some have posted on social media indicating their disappointment over the following things:

Such disruption will no doubt roll back a lot of Sunwing’s capacity to operate which could result in more cancellations just to keep up with its scheduling.

For Sunwing, it remains clear that they haven’t had a good start to the Summer 2022 program, where this season is the most vital on a post-pandemic basis.

With the breaches resulting in the grounding of most of their 27 aircraft, this is money that the airline is quite clearly hemorrhaging and will definitely take them back to square one.

Such aircraft utilization is based on leasing arrangements that it has with the TUI group where they head over to Canada when the aircraft is not needed in Europe.

The priority is now dealing with the affected passengers as best as possible in order to recoup some of the negative PR that it has received on social media.

It remains clear that Sunwing has a lot of work to do if it wishes to salvage the first half of the Summer season.

Such issues need to be nipped in the bud very quickly so then they can get back on track and continue the efforts surrounding what is going to be a busy period for them.

Looking ahead, the quicker they get those 27 aircraft back in the air and operating, the better.

But for now, this is the issue that they have to deal with, which is hoped to be resolved quickly.