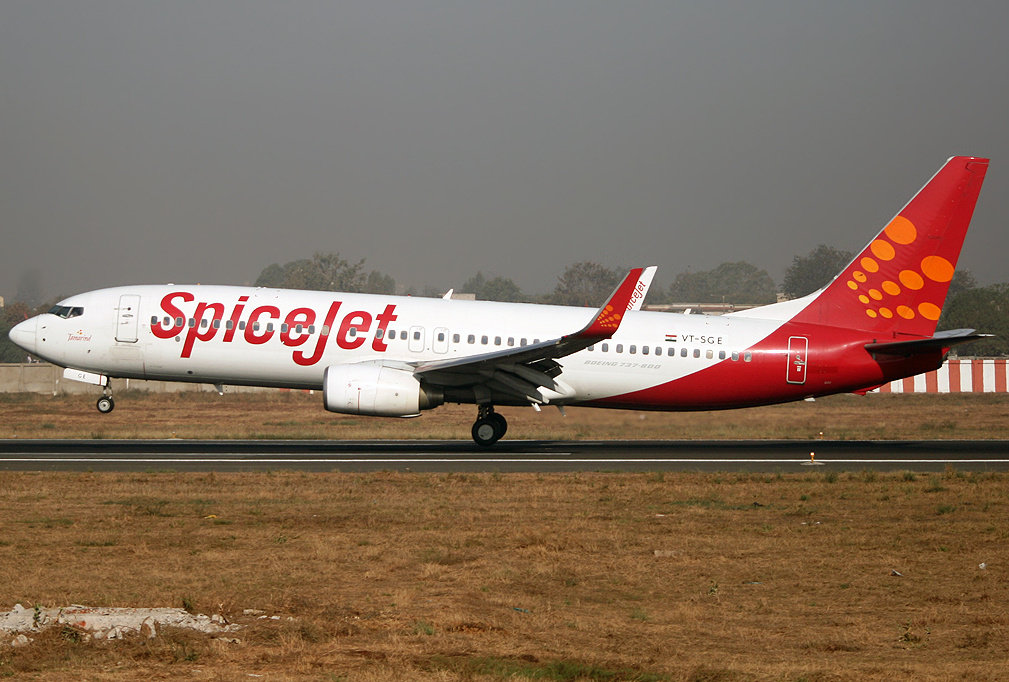 LONDON – Indian Low-cost Carrier SpiceJet has been a lot in the news lately for all the wrong reasons.

A SpiceJet aircraft traveling from Delhi to Dubai had to divert to Karachi International Airport in Pakistan due to a technical glitch absorbed by the pilot on board and it was decided best to land at the nearest airport.

The pilots observed unusual fuel quantity reduction from the left tank upon noticing this the pilots carried out all the non-relevant checklist prescribed for such a situation but when they noticed that the fuel quantity kept decreasing the pilots decided it is in their best interest to divert and land at the nearest airport which was Karachi International Airport. SG 11 was a scheduled flight operating between DEL-DXB, it was operated by a Boeing 737 Max 8.

SpiceJet sent a replacement aircraft for the stranded passengers which ferried the passengers to their destination. SpiceJet issued a statement following the incident which said:

On the same day, the Q400 belonging to SpiceJet was operating a scheduled flight between Kandla – Mumbai and had to make a priority landing at Mumbai International airport as its P2 side windshield outer pane had cracked.

The aircraft was at 23,000 feet above main sea level when the incident occurred, the pilots immediately informed the Mumbai ATC which in turn gave priority landing to the aircraft.

All the passengers and crew landed safely at Mumbai International Airport, and an investigation has been initiated by DGCA into this incident as well.

“On 5th of July 2022 SpiceJet Q400 aircraft was operating SG 3324 from Kandla – Mumbai during its cruise altitude FL 230, P2 side windshield outer pane cracked pressurization was observed to be normal the aircraft landed safely in Mumbai International Airport,” SpiceJet said in a statement.

SpiceJet has been reporting a lot of technical glitches in the last few days and this has pushed DGCA to issue a “Show Cause” notice to the airline.

The reports of these investigations will shed light on the actual cause of all these incidents.