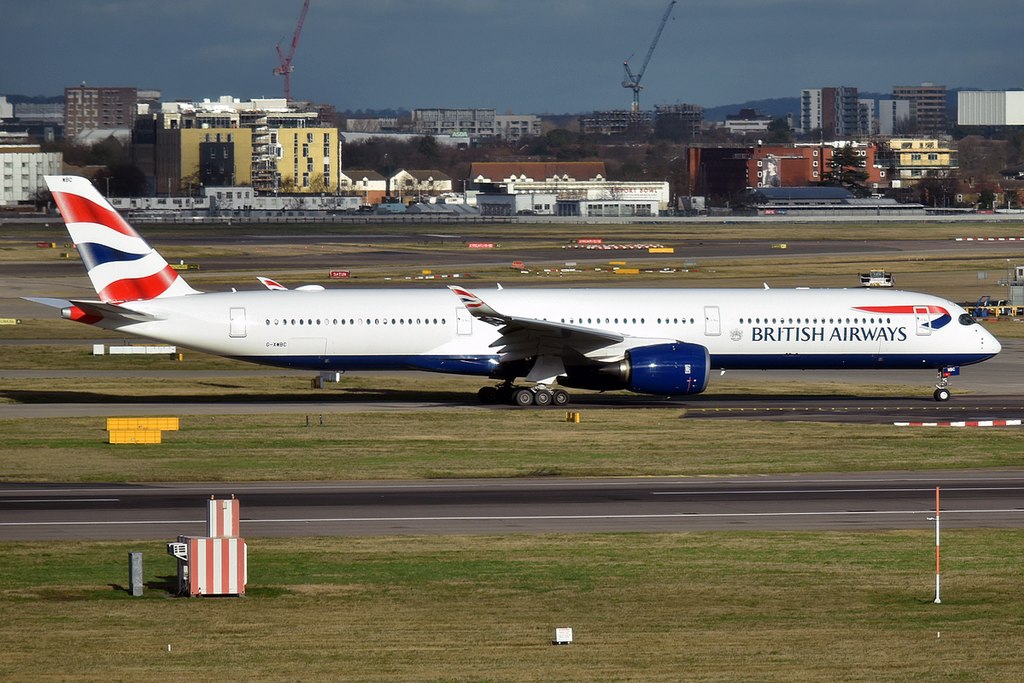 LONDON – On 2 January 2022, with 338 people onboard (including crew) and a commander with 17,000 flying hours, a go-around involving an Airbus A350 at London’s Heathrow airport resulted in a tailstrike incident.  The Air Accidents Investigation Branch (AAIB) has now published its report.

Upon approach to runway 27L, the pilots on board did not believe that the aircraft could land within the runway Touchdown Zone (TDZ) and as such, opted for a go-around from low altitude and airspeed.

During investigation it was found that the flight crew had completed the required allocation of rest period in Dubai and by their own admission they were properly rested for the journey. After a 3.30am wake up call, they had enough time to carry out all their pre-flight commitments, before leaving Dubai at 6.20am.

Although the flight was uneventful,1 hour prior to landing the crew had discussed that winds for arrival were forecast to reach speeds of up to 30 knots. The calculations were completed for landing performance with ‘flap full’ and ‘flap three’, and the wind was deemed within limits to allow the co-pilot to act as the pilot flying (PF). Both flap configurations are approved landing selections, however flap three is preferable in windy conditions.

As the runway was wet, the crew assumed medium to poor braking action with no reverse thrust for their landing distance calculations. Air Traffic Control had given the aircraft a shorter arrival routing, which meant that the aircraft was higher than intended with respect to its vertical path.

The autopilot was in use until approx 400 feet, at which point it was switched off to conduct a manual landing. Wind conditions meant that the co-pilot had to make some flight path corrections, but other than that the approach felt normal.

The pilots described the aircraft as floating, and made the assessment that it would not land within the TDZ. The commander directed a go-around in accordance with company policy, whereupon the co-pilot applied a nose-up pitch control, which he reduced moments later with the landing gear partially touching the tarmac. As the pitch attitude reached 9 degrees nose-up, the tail strike occurred.

The toilet waste panel and a vent pipe were both damaged beyond repair, and replaced by the airline’s structure maintenance team. The tail strike sensor fractured – as per design intent. All other damage was found to be surface finish abrasions and damaged composite skin layers.

Fortunately, of the hundreds of people on board, nobody sustained any injuries. The AAIB’s field investigation team has concluded below on the incident:

A full copy of the Air Accidents Investigation Branch report can be accessed here.