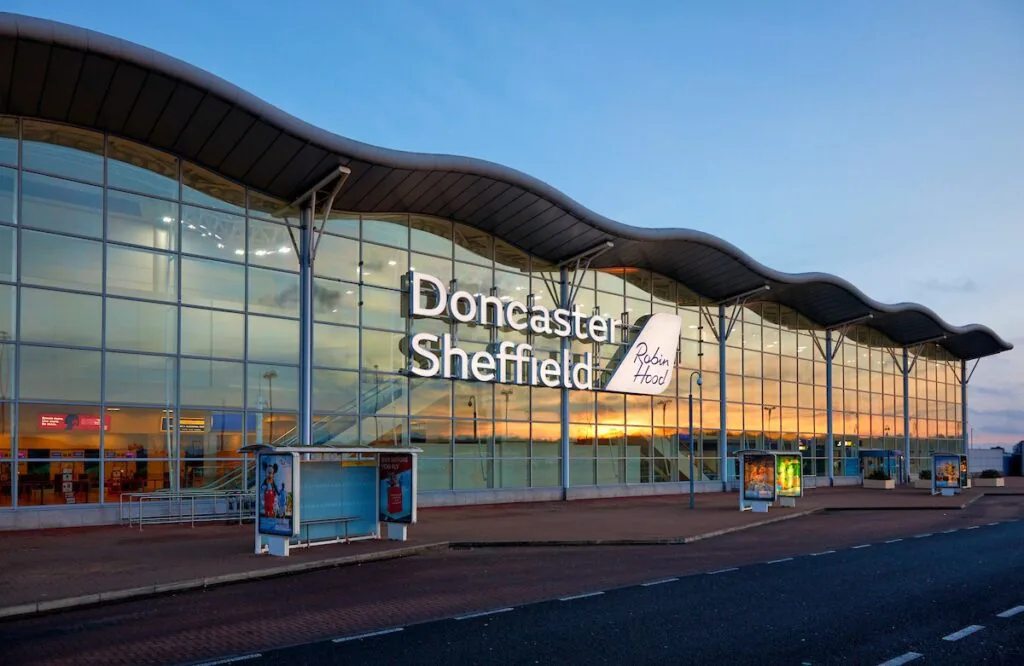 LONDON – The fortunes of Doncaster Sheffield Airport (DSA) may be saved by the appearance of a serious buyer, which local authorities see as a credible proposition for the takeover of the regional facility.

The move is the latest development in the battle to save the Doncaster Sheffield regional airport. The struggle involving concerned locals, industry groups and regional politicians has been ongoing since airport management Peel Group announced in June that the airport may close.

An investigation by Peel Holdings returned the finding that the airport had become ‘commercially unviable’ since the pandemic downturn in activity and the withdrawal of a major airline – Wizz Air – from airport scheduling in summer.

News this week has revealed that talks have been held with amidst talks with potential buyers for the airport, a ‘serious buyer’ has emerged.

Mayor of Doncaster Ros Jones explained the situation with the recent development, saying: “Whilst we continue discussions in principle with several parties, we have one group that we believe is an extremely serious proposition.”

“Our chief executive and senior officers have been leading on the work to save), alongside the South Yorkshire Mayoral Combined Authority.”

“We asked Peel to give us the time to work with this serious potential proposition and to undertake the necessary due diligence as we endeavour to save and secure the long-term future of Doncaster Sheffield airport.”

The process of seeking out potential buyers has found some breathing space, with Peel Group deciding to extend their consultation process, due to the current official mourning period following the death of Her Royal Highness Queen Elizabeth II.

As a result, Peel Group have extending the review period, which was due to come to an end today, until September 26.

With respect to the emergence of a serious candidate for the purchase of the airport, Peel Group have advised they have yet to be presented with details of the buyer, saying in a statement:

“We requested details of the identity of the consortium, but this has not been forthcoming, nor have the terms of any proposal or evidence of the consortium’s financial standing or aviation expertise.”

A major concern held by the region, should the airport be forced into closure, is the impact of jobs and the local inter-related economy. The matter of finding a suitable buyer for the airport was recently fielded back to regional authorities by the UK Aviation Minister, Robert Courts.

Mayor Ros Jones states that the airport presently supports 2,700 jobs in the wider community, and contributes over £100mil to the region’s economy.

Addressing this local concern, Mayor Jones said: “The closure of DSA would have an immediate effect on employment and the economic future of Doncaster and South Yorkshire at a time when our economy is beset by challenges on inflation, energy costs and economic confidence following the COVID pandemic.”