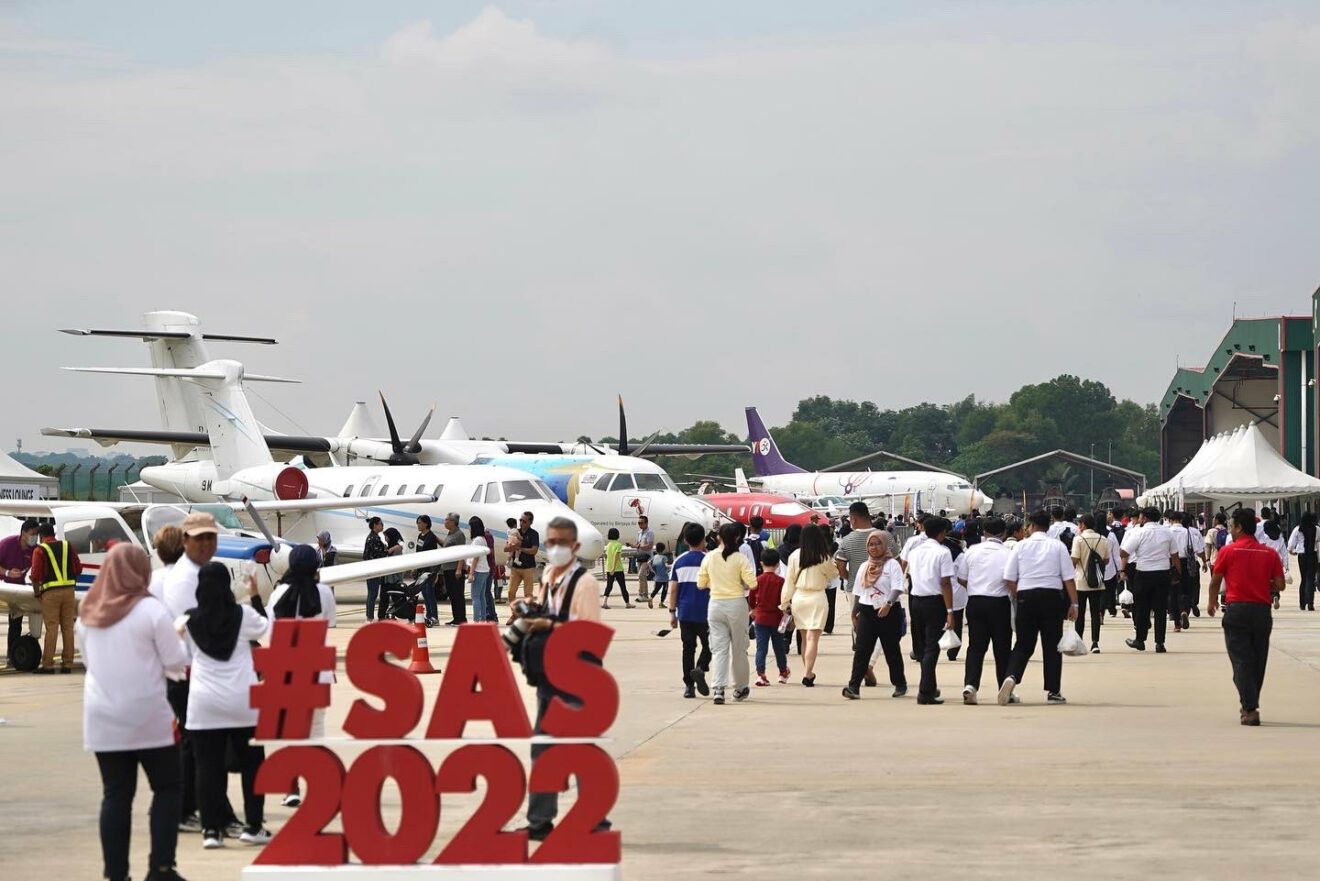 SELANGOR – The Selangor Air Show 2022 took place from 8-10th September 2022. This show hosted by the Malaysian state of Selangor is poised to uplift the region to become South East Asia’s next Aviation hub, competing against Singapore and Thailand.

This was highly attributed to the increase in marketing and the re-opening of borders in Malaysia and globally. In fact, Datuk Teng Chang Kim stated that “We expected the transaction value to be RM700 million (initial target) for this year, but in the past two days, the value of the accumulated amount increased to RM800 million.”

Teng furthered that: “I believe there are still more transactions that will take place as SAS2022 will end at 6 pm today,” he told the media after the memorandum of understanding and memorandum of agreement signing ceremony between several domestic and international aviation-related companies here today.”

In addition, the numbers of visitors were so significant that the organizers had to suspend walk-in registrations on the last day. Teng said that visitors who have registered to take part in SAS2022 clocked at 16,000 people from the first day. 12,000 were members of the public and non-aviation-related individuals.

Teng furthered that: “So, here we can see a lively response from the visitors who attended… this is the first time we saw a lot of people coming to this show. Visitors can not only see small and large planes, private planes, and various types of drones (which are used for different industries), but they can also gain knowledge and gather information about the aviation industry”.

These high-ranking officials were present on the first day of the airshow. Moreover, their presence also exerted importance on how the event is to the region and the entire nation.

Invest Selangor is the main event organizer, an offshoot of the State of Selangor, as a networking, meet-and-greet platform for heavy weights and key players in the aviation industry.

This show is targeted toward business and general aviation, with very few commercial airline presences. Companies such as Dassault Falcon, Embraer, and Firefly were present at the Air Show.

Big players like Gulfstream, Boeing, and Airbus were not present, signifying that the air show is not yet able to compete with other well-known events like the Singapore Air Show.

Teng further added that SAS 2022 played 40 static aircraft, including the Falcon 8X and the Piaggio P-180 Avanti, with the participation of 64 exhibitors.