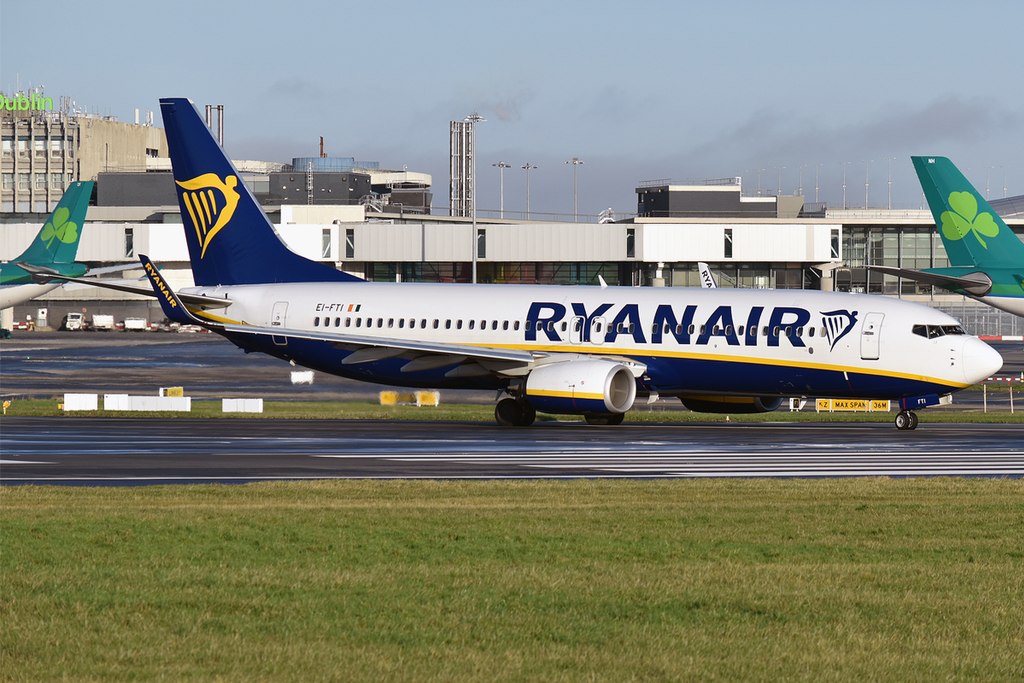 LONDON – Leading European LCC Ryanair has expressed strong condemnation towards the draft decision outlined by the Commission for Aviation Regulation (CAR), that it says has allowed Dublin Airport to unjustifiably increase airport charges by approximately 20% for the period 2022 through to 2026.

The carrier has outlined this in a recent press release, demanding an explanation.

Speaking on this occasion, Ryanair CEO Eddie Wilson said that “Today’s draft decision by CAR is a bad day for Dublin airlines and passengers.”

“The DAA is being rewarded by CAR for its mismanagement with price increases of between 20% to 40% over the next 4 years, at a time when other airports all over Europe are lowering charges to try to recover their Pre-Covid traffic and tourism. The DAA should not be rewarded for its management failures and miserable customer experience with price increases.”

“This inflation busting price increase shows that CAR has been captured by the DAA monopoly, and is now rewarding the DAA for its mismanagement with unjustified price increases.”

It was highlighted in the recent turn of events that the airport is aiming to increase its fees, thus creating a challenging move for the low cost airlines, whose model doesn’t sustain these unprecedented changes, thus dooming them to suffer due to the governments actions.

It is evident that airlines along with the airport are trying to hop on the bandwagon of post-Covid recovery, but with a sceptical track record and experience quality, the price hike has been regarded as the ‘poor choice’.

Furthermore, the price slab of 10% to 20% is based on the ‘pre-inflation’ calculations, whereas most of the nations in the European Union are looming into rising inflation that could further jeopardise the sustainability model of the LCC.

The inflation calculated over 4 years between 2022-2026 could add another 10% to 20% to the Commission for Aviation Regulation (CAR) decision, thus meaning Dublin airlines and passengers could face increased cost of between 30% and 40% over next four years, as stated by the Ryanair press release.

With the price hike of above 30% to 40%, the Dublin airport will be enjoying its highly mismanaged airport and passenger service activities, having been known as the worst managed airport, with long queues, missed flights and record delays over the summer season.

Along with the airlines, the Irish tourism industry is aiming for positive recovery from the past two harsh years of pandemic. But with this unjustified cost increase, the harmony of a solid recovery plan that the Irish government believes will put the tourism industry back on track is doomed to fail.

Ryanair has further suggested that, instead of this unjustified cost increase, the DAA should be reducing its prices and putting emphasis on improving its services and attracting more passenger flows across transatlantic traffic and inter European tourism activities.

Speaking further on this issue, Mr. Wilson added that “Since the Irish Govt’s Route Recovery Scheme will only last for Summer 2022, it is imperative that CAR changes course, and imposes price reductions on Dublin Airport for Summer 2023 and Summer 2024, or at least until Dublin Airport proves that it can provide an acceptable airport experience to its airlines and customers.”

“At a minimum, this would require them to deliver security queue times of under 15 minutes; restaurants, bars, and retail outlets that are properly staffed and stocked; and a clean and comfortable terminal and boarding pier environment, which has been not been delivered for Dublin Airport users over recent months.”

Concluding their press release, Mr. Wilson said “Ryanair will continue to campaign for lower-cost air access to/from Dublin Airport on behalf of Irish consumers, so that Irish tourism can recover the traffic lost during the Covid-19 pandemic.”

“CAR should play its role as an independent regulator, and demand that Dublin Airport lowers it charges until such time as it proves it can deliver an acceptable airport and terminal experience for customers.”

“Rewarding Dublin Airport with 20%-40% price increases, at a time when it is one of Europe’s worst performing airports, is a sign of regulatory failure and capture.”