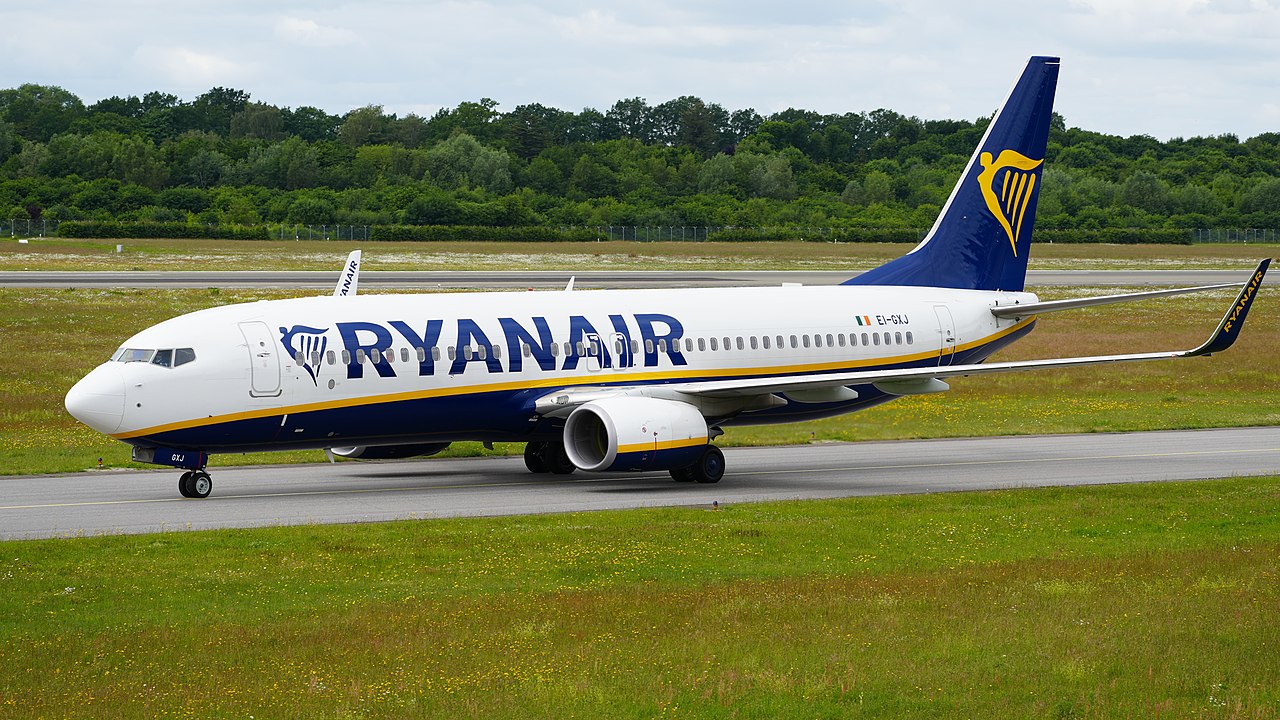 LONDON – Ryanair, the worlds largest low-cost carrier (subsidiaries included), announced a record breaking winter schedule for their Newcastle base on September 7. In winter 2022 the airline will have 2 aircraft based in Newcastle, which will operate on 15 routes with over 80 weekly flights.

The airline will operate 6 new routes. The airlines flight schedule will see routes operated to holiday destinations including the Canary Islands, Málaga and Alicante, but also to European cities such as Krakow, Poland

With the basing of two aircraft, the airline is representing an investment of over $200m and 60 direct local jobs. Ryanair’s winter schedule will deliver the following:

Ryanair’s Director of Commercial, Jason McGuinness said: “Ryanair is pleased to announce its biggest ever Newcastle Winter schedule that offers 15 routes, including 6 new Winter to Barcelona, Cork and Milan Bergamo.”

“Over 80 weekly flights will give Geordies and visitors an abundance of choice when booking their next city break or winter sun getaway. This winter Ryanair is offering its UK customers lower fares and more certainty with their travel plans, as it operates a full schedule of over 3,000 daily flights with many new routes and unbeatable value for our customers and their families.”

“We are delighted to continue our long-term development plan with Newcastle Airport in the Winter season to give our customers the most options for travel year-round, at the lowest possible fares, developing traffic, jobs and economic support to the area,” he concluded.

With this decision, Ryanair highlights their long term plans to stay in Newcastle. Their base in Newcastle was opened in March 2022, with 2 based aircraft. During the busy summer months the airline operated flights to 19 destinations, with over 130 weekly flights to destinations such as Spain, Italy and England.

During the summer the airline operated flights to holiday get aways like Chania, Gran Canaria, Ibiza, Milan, Menorca and Riga.

Back then Ryanair’s Director of Marketing said that: “Ryanair is thrilled to announce its largest Newcastle schedule that offers 130 weekly flights across 19 routes, including 10 new routes to fantastic destinations as Chania, Milan, and Zadar.”

“The opening of this base and introduction of these new routes from Newcastle reinforces our commitment to increasing connectivity, travel options and inbound tourism to the area as Ryanair will now offer 40% more capacity than it did pre-pandemic.

We are delighted to open this new base and strengthen our relationship with Newcastle Airport, which will now host a fleet of two Ryanair aircraft.”

Newcastle Airports Chief Executive Nick Jones stated in March that: “Today sees a significant investment and commitment from Ryanair at Newcastle International Airport which will also benefit the wider North East, creating hundreds of new jobs and providing an even bigger choice of destinations.

From today, Ryanair will operate a total of 19 routes from our Airport, including the brand-new destinations of Zadar in Croatia, Chania in Crete, Milan in Italy and Riga in Latvia. We look forward to welcoming even more Ryanair passengers through our doors this summer.”

With the extension of their winter schedule, Ryanair shows their desire to grow their business in Newcastle. The airline put themselves though the competition at the airport and was able to step back into the market after two years with low traffic.

As demand picks up, we’re excited to see Ryanair’s intentions with their Newcastle base going forward.