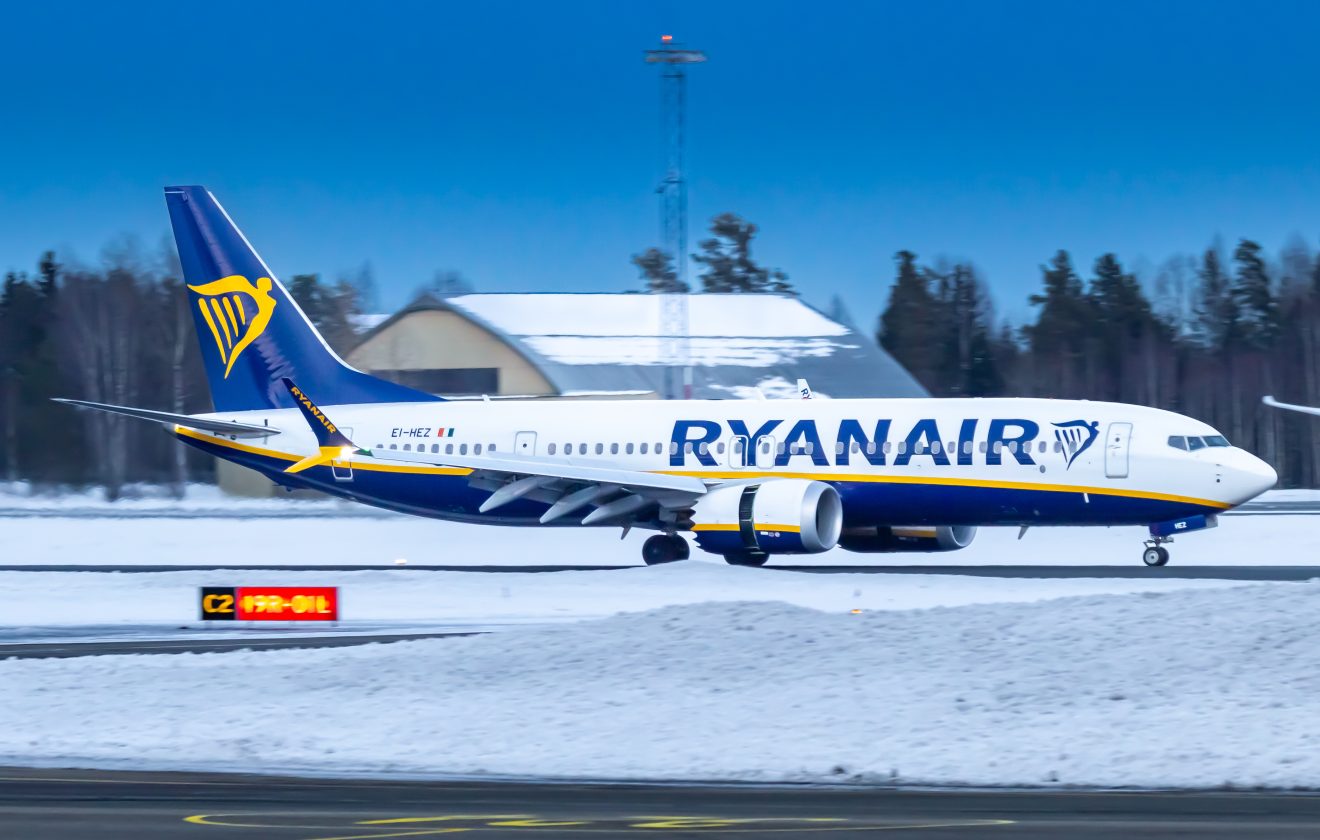 LONDON – On August 23, one of Europe’s largest LCCs (low-cost carriers), Ryanair, announced that it will be adding an extra one million seats to its United Kingdom winter schedule.

In response to an announcement that was made yesterday (August 22) by the UK’s flag carrier airline, British Airways (BA), that it will cut more than 10,000 flights from its Winter 2022 schedule, this is approximately 8% of its winter schedule.

This cancellation is primarily due to staff shortages for the airline as well as the capacity cuts that have been incurred at its main base at London’s Heathrow Airport due to its struggle to cope with the rise in passenger numbers and its baggage handling systems being severely hampered.

Despite the 10,000 flights cut from the flag carrier, BA will still continue to operate over 120,000 flights will still be operated over Winter 2022 by BA, which will still equate to 23.2 million seats during the entire season.

Around 75% of these 120,000 flights will be short-haul services within the UK and Europe, with the remaining 25% being for long-haul international services across the Atlantic and into the Middle East as well as Asia.

It is estimated that these 10,000 flight cuts will be a reduction of approximately one million seats, which is where this Ryanair announcement comes into play.

Because of the flight cuts, Ryanair wants to ensure that travelers to and from the UK are still able to make plans without suffering incurred delays or cancellations, and as such, Ryanair has increased its UK Winter schedule to help cushion the downfall in seat numbers during the season.

Not only this, but customers will also benefit from Ryanair’s well-known low fares.

With this vast seat count increase, Ryanair is now expecting its full-year traffic for 2022 to grow from an original target of 165 million to more than 166.5 million passengers.

As well as this, Ryanair has dubbed the flag carriers hub as “Hopeless Heathrow” due to the capacity restrictions that have been implemented because of staff shortages and the inability to cope with its failing baggage handling systems.

As part of this announcement, Ryanair Group’s Chief Executive Officer (CEO), Michael O’Leary, has said, “While BA is canceling 8% of their winter schedule due to staff shortages and “Hopeless Heathrow’s” capacity restrictions, Ryanair is now adding more capacity (over 1 million low-fare seats) to our largest ever UK winter schedule so that UK families can book with confidence that they will get to their low-fare city break and winter sun getaways without the risk of flight cancellations and avoiding “Hopeless Heathrow” as well.”

It is definitely great to see that Ryanair is helping to soften the below from British Airways’ flight cuts this winter.

However, it is worth noting that these flight cuts could have been avoidable if both the airline and Heathrow were able to recruit much more rapidly, but of course, long recruitment processes have certainly hampered those plans.

Coupled this with the rapid rise in demand for air travel due to the relaxation of Covid restrictions across the majority of the world, has left both airlines and airports in a difficult position of trying to re-grow after letting staff go during the pandemic to now being penalized because of their inability to recover as quickly as they needed to.