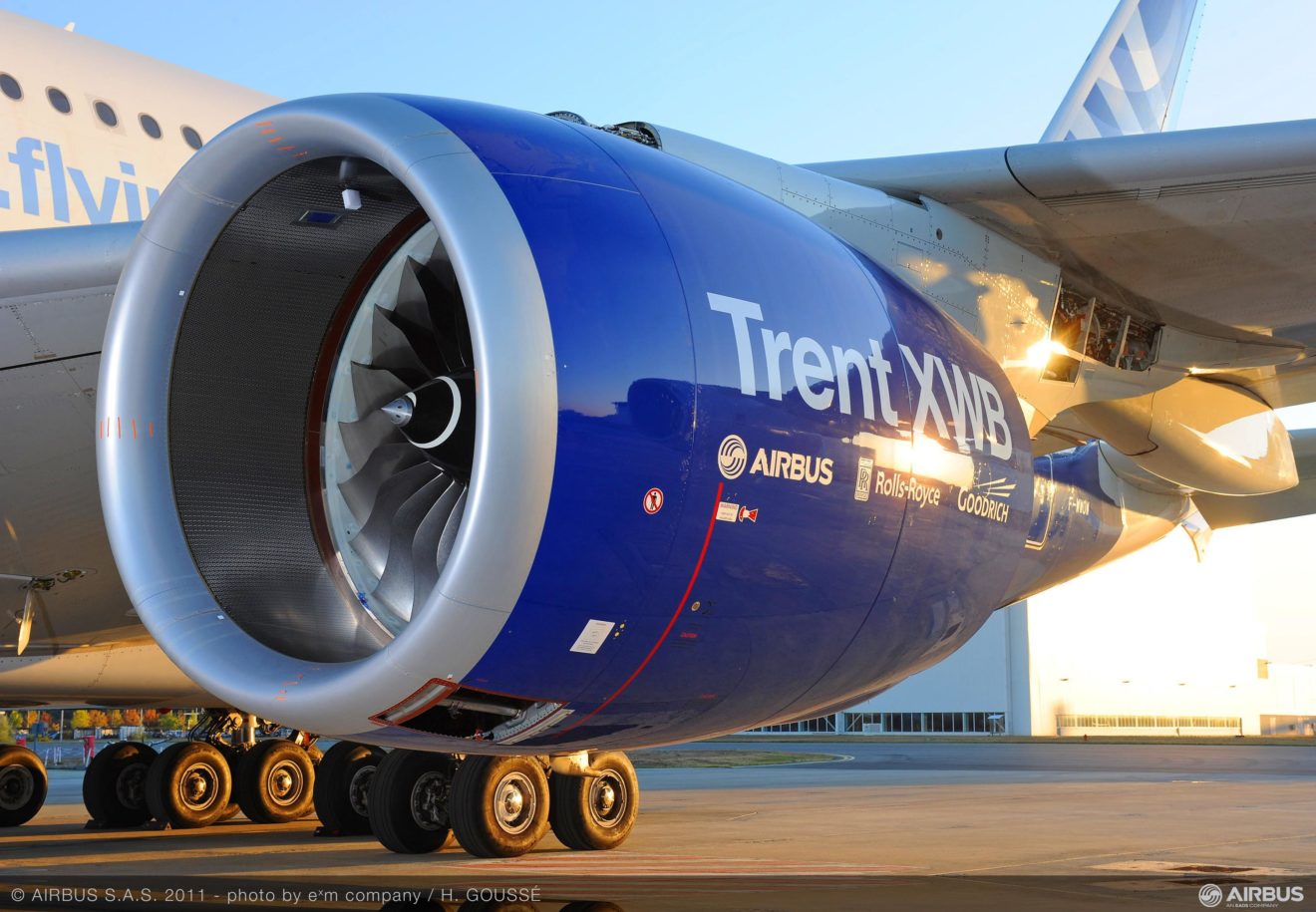 LONDON – Rolls Royce has today announced that the Trent XWB-84, which powers the Airbus A350-900, has achieved 10 million engine flying hours.

The XWB-84 went into service in 2015, and powers more than 30 operators of the A350-900, operating on a variety of flights from short-haul, all the way to ultra-long-haul.

“Reaching 10 million flying hours is another great achievement for the Trent XWB. It is the latest in the Trent family to reach this milestone and has done so faster than any other Trent engine in just over seven years of operation.”

“We are incredibly proud of the Trent XWB as it continues to set new benchmarks on sustainability, reliability, and versatility.”

The Trent XWB is the world’s most efficient aero engine in service and supports airlines on their sustainability journey.

The engine has a 15 percent fuel consumption advantage over the first Trent engine, goes further on less fuel, and offers leading performance and noise levels. It is also ready to operate on 50% Sustainable Aviation Fuel, as they become more available to airlines in the future.

In addition, the Trent XWB-84 has contributed to avoiding more than 15 million tonnes of CO2 since it launched in 2015 – that’s the same amount of CO2 it takes to provide electricity to nearly two million homes each year.

On top of that, the Trent XWB-84 has consistently offered a 99.9% dispatch reliability rating since the engine entered service as well.

Achieving this level of consistency in dispatch reliability is a testament to the quality that has been bestowed on A350-based propulsion, with this figure set to continue being the same in the years to come.

The legacy of the XWB Will Continue…

It’s clear that the XWB-97, which powers the A350-1000 variant, will not be far away from achieving this number, as it will probably be achieved in the next few years.

Based on information from July 31, 2022, 491 Airbus A350 aircraft have been delivered to respective customers, with Rolls Royce powering both the -900 and -1000 variants.

There are still 447 A350s yet to be delivered, with this number rising every now and then with orders from prospective airshows both in the past and in the future.

As for the A350 Freighter, there are currently 31 on order at the time of writing, with Rolls Royce also powering this aircraft type when it goes into commercial service in the next few years.

It remains clear that the Trent XWB is producing impressive results for operators of the Airbus A350. As the XWB-84 continues on its path of high reliability, it won’t be far off until the XWB-97 produces the same results.

Looking ahead, Rolls Royce will look to continue this long streak of positive results, especially with the A350 being one of the latest in next-generation technologies for long-haul travel.

The next test will be ahead of Project Sunrise, where we will be able to see further how well the engine performance copes with 19-20 hour flights.